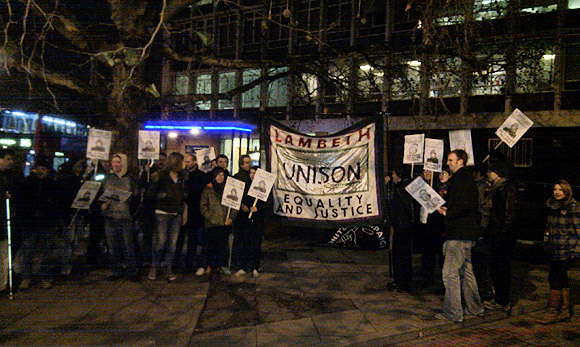 In protest at the violent police tactics seen on Thursday’s anti-education cuts rally at Parliament, a demo was held outside Brixton police station.

Here’s the email that went out from Lambeth RighttoWork:

This Tuesday we are asking our supporters to turn out in solidarity with the student protesters who were kettled and beaten by the police. Many events will be happening this week of a similar style but this will be aimed at bringing people together locally to coordinate future demonstrations and actions. The main meeting will break down into two parts (students and supporters) to coordinate our next steps

5.30PM: Kettle Brixton Police Station
The question of police violence has emerged as a central question in the student movement. Working with local youth groups and schools we are looking to pull of a press stunt with local Trade Union support to highlight the recent police violence including the police breaking the foot of one of our recent school student recruits. 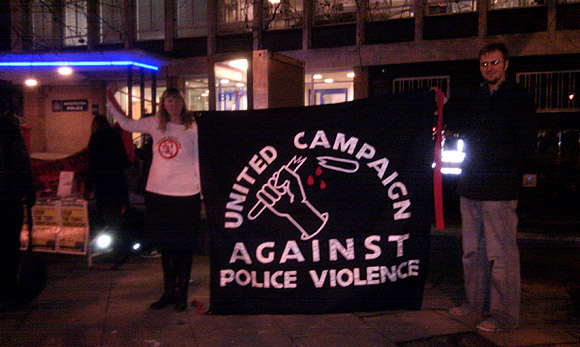 The temperature was hovering around the zero mark, but a decent enough crowd turned up, and – as we all know – this is just the start. 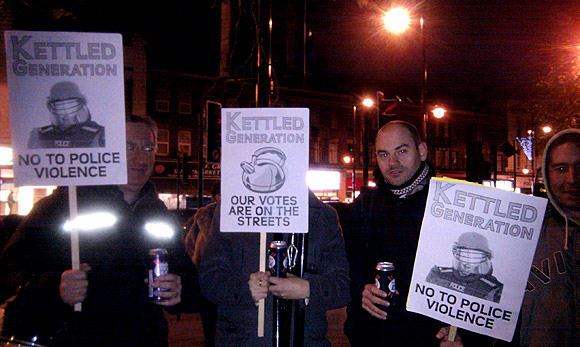 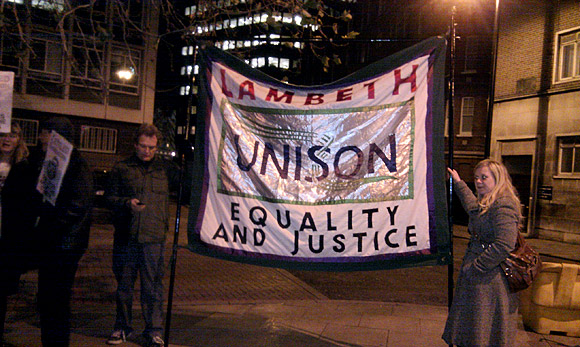 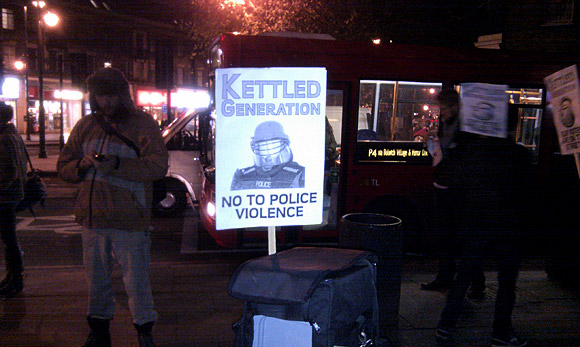 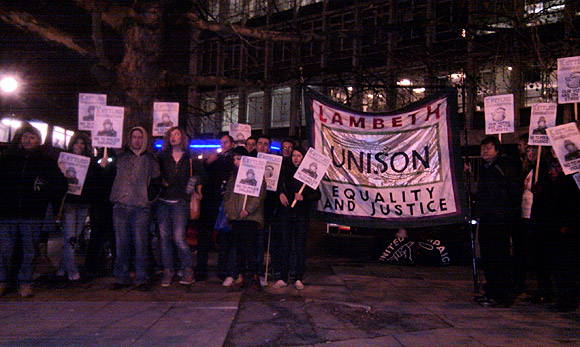