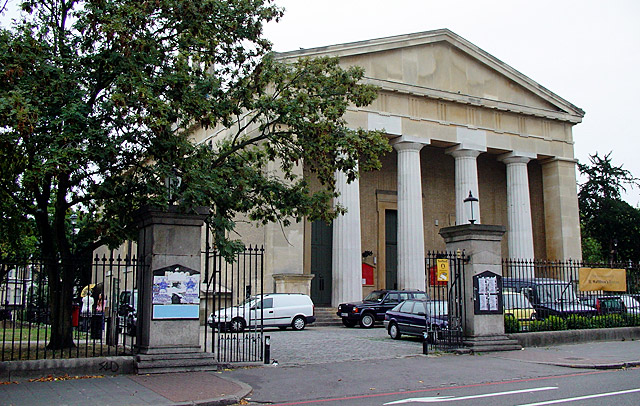 Located in the centre of Brixton, St Matthew’s Church has been host to two long-running, late night restaurant/nightclubs, Mass and Babalou.

Both venues have recently been put up for sale, sparking some debate as to the future of the listed structure.

In response to this thread on the urban75 forums, I received this interesting communication from an interested party who preferred to remain anonymous: 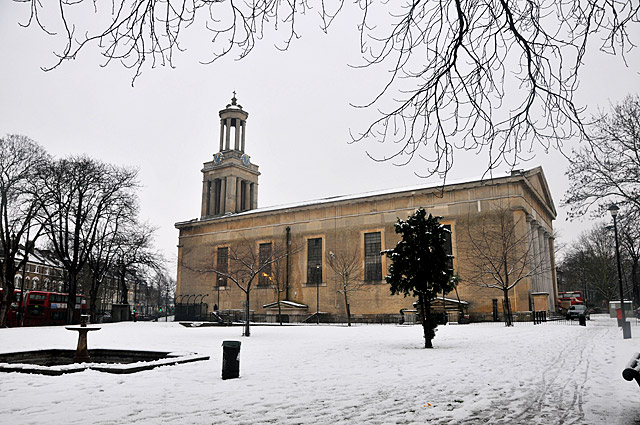 Many Brixtonians want the area to be a focal point for culture, leisure and recreation, but what kinds of activities qualify as being cultural? When heritage-minded people say they want to encourage the re-use of old buildings, what kinds of uses do they envisage?

In the 1970s, the vicar of St Matthews Church on Brixton Hill was stuck with a delapidated, under-used old building but had a vision of a “meeting place” where community and charitable groups could come together with the Church of England to share facilities and resources. He hired a young architect to transform the classical church interior into a multi-purpose space.

St Matthews was converted for this purpose during the 80s – albeit in a really unsympathetic way which would just not be allowed now. It is like a tardis inside, with six levels connected by a central circular staircase.

The fourth floor was designed in two halves, to be a theatre at the east end and a rehearsal or dance space at the west end. The raked auditorium was used as a theatre and performance space during the 80s and 90s.

But these cultural and community uses proved to be unaffordable, and in the 90s, commercial users moved into two of the spaces inside St Matthews. 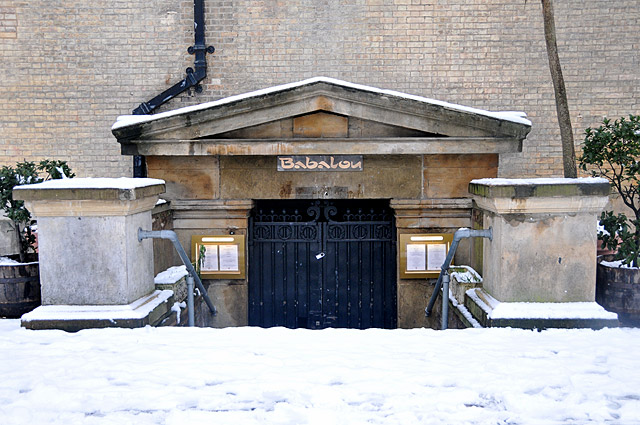 A restaurant owner came along in the mid 1990s and took over the crypt as Bah Humbug and a nightclub entrepreneur came along a couple of years later to propose a club (Mass) on the fourth floor, and the steady income from the two commercial leases greatly improved the financial stability of the organisation that ran the building.

What about a restaurant or bar? Do they make a positive contribution to the leisure and recreational facilities in the local community? Or is the building more of a social pariah in the neighbourhood, given the noise and nuisance it generates.

You could say that Mass and Babalou have been ‘too tough’ on the fabric of building; given its Listed status, should it be pounded in this way by noise and vibration?

And despite the fact that the building is detached and many metres from the nearest residential dwelling, many neighbours have been complaining about the noise pollution from the nightclub. 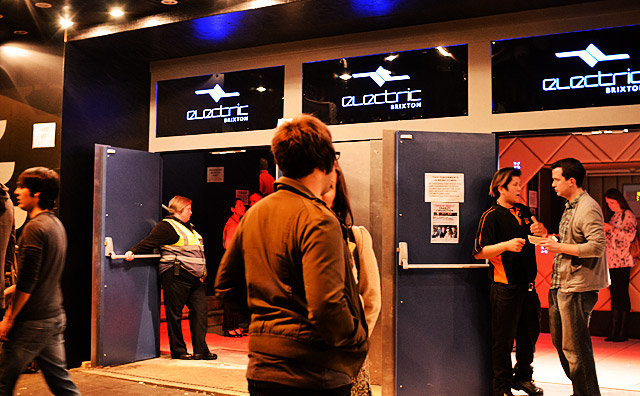 With the two venues previously known as “The Fridge” now up and running again, the nuisance value seems to have gone up by several more notches recently – noise, illicit barbeques in the Peace Garden (selling take-aways to clubbers), drug dealing, taxi-touting, lairy customers etc, with an anticipated increase in crime in the area as a result.

The so-called “Peace Gardens” – the old St Matthews churchyard – are a kind of no-go area at night for peaceful law-abiding citizens. Is this how it should be, or should we be trying to reclaim this whole area for the people who actually live in it?

The night-time economy is said to be good for Brixton, but you could say that it attracts trouble which is just not worth it if you are an ordinary resident. 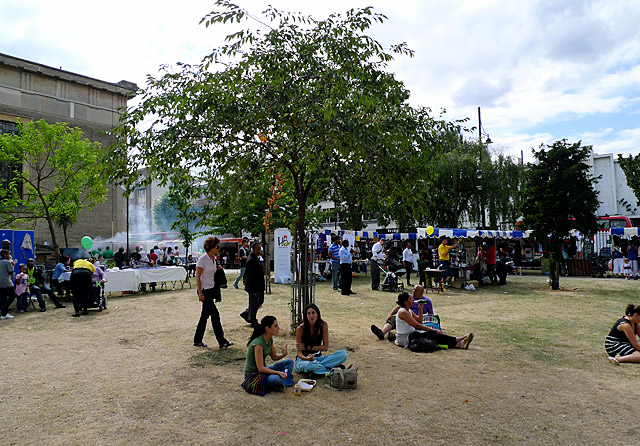 The head-leaseholders of St Matthews – a charity called The Brix at St Matthews – took over the building in the early 90s. They say that they need commercial tenants to be able to survive financially. When they were set up, they decided not to risk getting by on grants and charitable donations.

They were able to do up the building with capital grants from Brixton City Challenge and English Heritage, but they cover their running costs by charging rent to long term leaseholders and hire fees to casual users.

They stress that the building is not just a nightclub and a bar: also within its walls are small offices, a church space and a community hall.

But change may be on the way. The owner of the two commercial leases in the building – a company called Chicks Ltd – is for various reasons selling up. The proprietor is getting out of the nightclub business, and is advertising the two leases on an agent’s website.

Surely this is a great opportunity for Brixton in many ways? 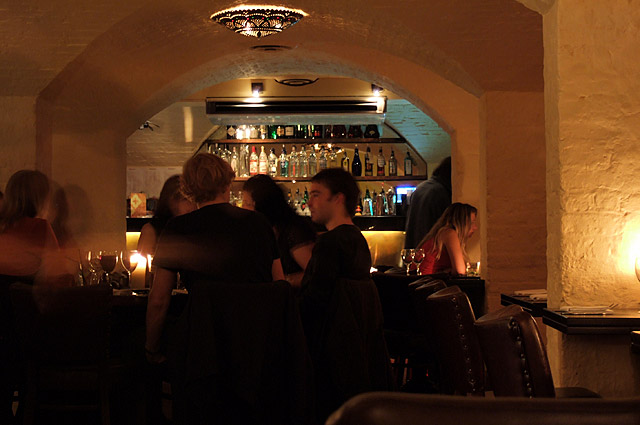 Couldn’t the fourth floor of St Matthews be returned to a use which is friendlier to the neighbours and contributes more to the community? It would be great to have a theatre back in the space (or a dance or music company), or a performing arts school, a museum or an art gallery.

It could even be a great live music venue, like a jazz club. Those kinds of uses would attract a greater range of local people back into the building and provide a real local amenity.

The first issue is that anyone who wants to buy the spaces has to be able to buy the leases from Chicks Ltd and then afford to pay a regular rent.

The other problem is that the sale is being advertised on a website where only other club and pub owners will see it – not any arts or cultural organisations who are looking for new premises. It would be a massive missed opportunity – and possibly a huge disappointment to the majority of local people – if the premises were bought up by another nightclub operator. 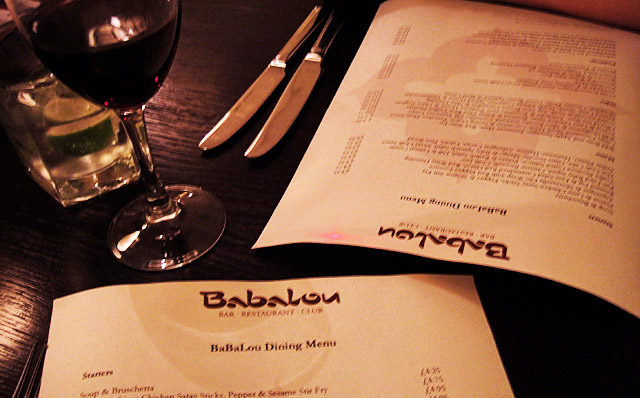 Meanwhile, the crypt used to be a really successful restaurant when it was under the ownership of the Bah Humbug people: they had a winning formula which gave it a London-wide reputation.

Again, it would be more of a benefit to a greater cross-section of Brixton people if it could go back to being a restaurant again – and how useful if it were open during the day, as well as at night!

The building as a whole is not being sold. The particulars on the website of the agent, Davis Coffey Lyons, are factually incorrect.

They lead the reader to believe that most of the building belongs to Mass nightclub, and they even suggest that the crypt bar includes a beer garden to the southside of the building (which is nothing of the kind, being part of a Lambeth-run public park!). 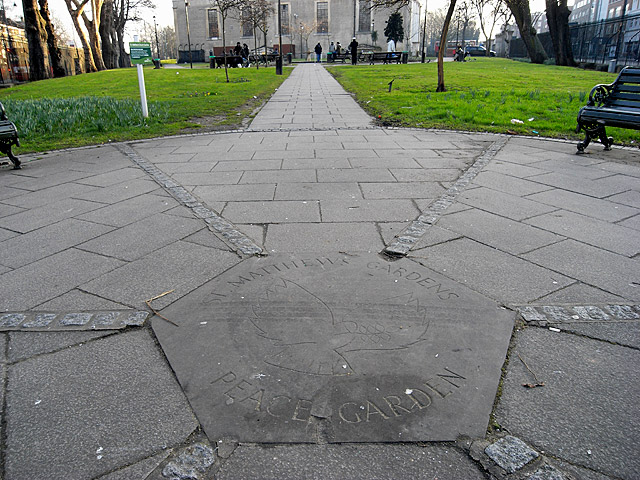 In fact, the building has many other uses and quite a few other occupants – none of which attract the kind of public profile which Mass and Babalou have been able to generate.

It would be positive if St Matthews – and come to that, the Peace Garden surrounding it – could contribute more to the local community.