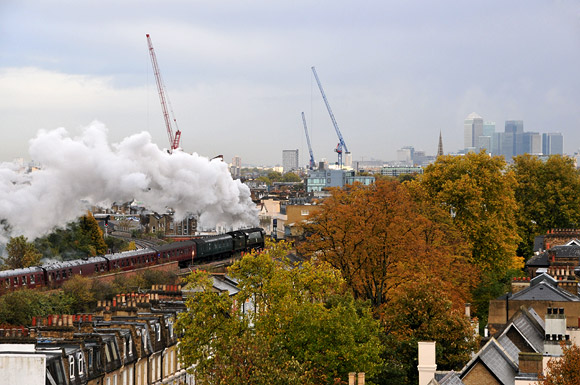 Just seen (and heard) thundering through the heart of Brixton was the Battle of Britain Class steam locomotive number 34067 ‘Tangmere,’ running from Victoria to Hastings, on the south coast. 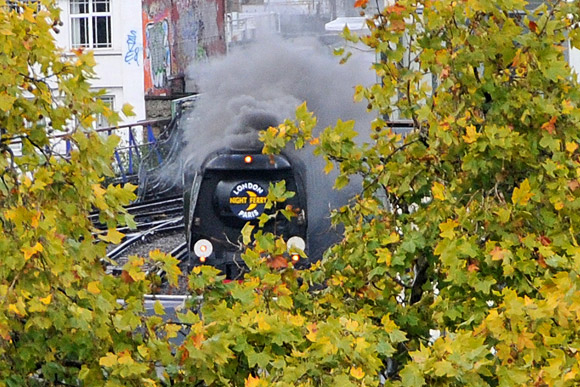 The train was carrying the headboard for the London to Paris Night Ferry, an exotic sounding service that ran from 1936 to 1980.

See the rather glamorous archive posters below: 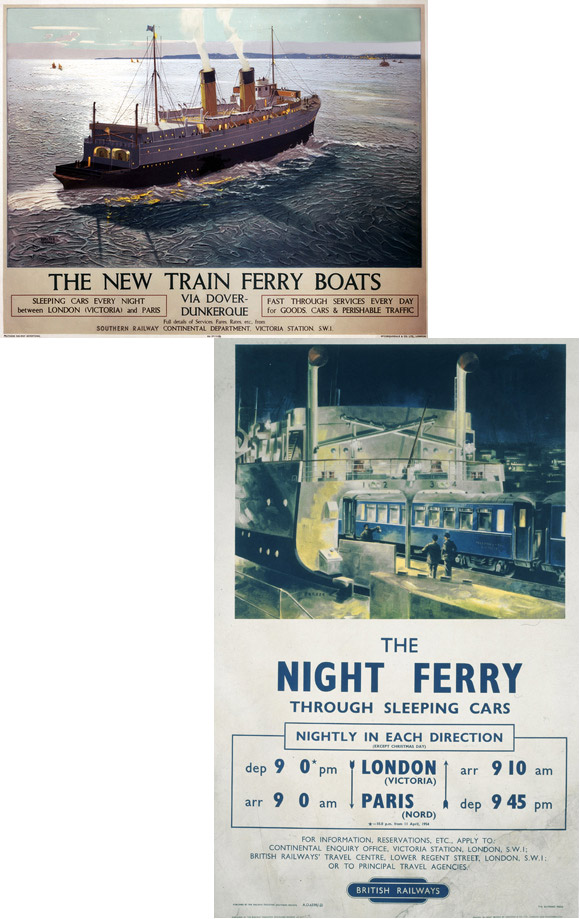 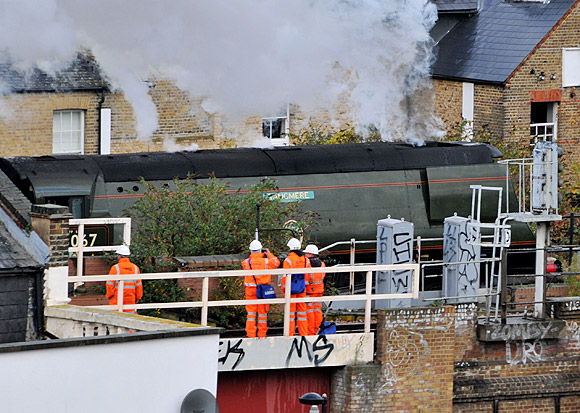 Railway workmen watch as the loco steams past. 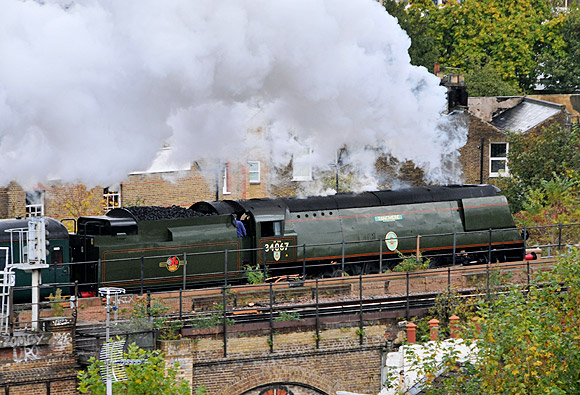 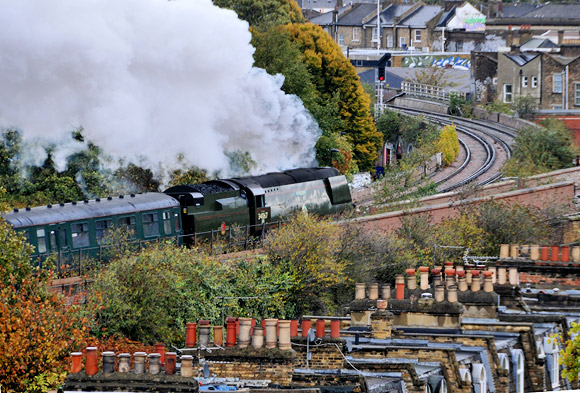 Last photo as 34067 heads east. The Wikipedia gives the background to these locos:

The SR West Country and Battle of Britain classes, collectively known as Light Pacifics or informally as Spam Cans, are classes of air-smoothed 4-6-2 Pacific steam locomotive designed for the Southern Railway by its Chief Mechanical Engineer Oliver Bulleid. Incorporating a number of new developments in British steam locomotive technology, both classes were amongst the first British designs to utilise welding in the construction process, and to use steel fireboxes, which meant that components could be more easily constructed during the wartime austerity and post-war economy.

They were designed to be lighter in weight than their sister locomotives, the Merchant Navy class, to permit use on a wider variety of routes, including those in the South-west of England and the Kent coast. They were a mixed-traffic design, being equally adept at hauling passenger and freight trains, and were used on all types of services, frequently far below their capabilities. A total of 110 locomotives were constructed between 1945 and 1950, named after West Country resorts or Royal Air Force (RAF) and other subjects associated with the Battle of Britain.