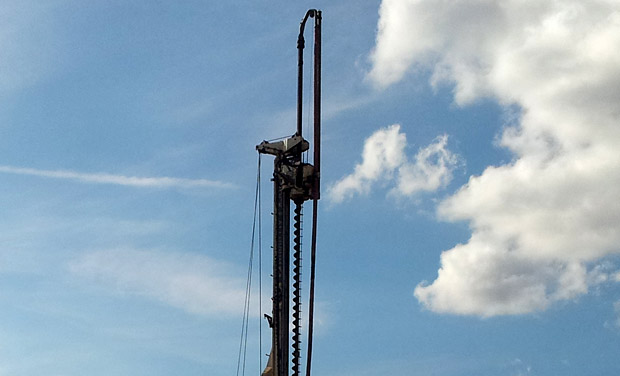 Properties around Coldharbour Lane in central Brixton are certainly feeling the effects of  this giant screw piledriver that is hard at work on the site of the old Cooltan community squat. 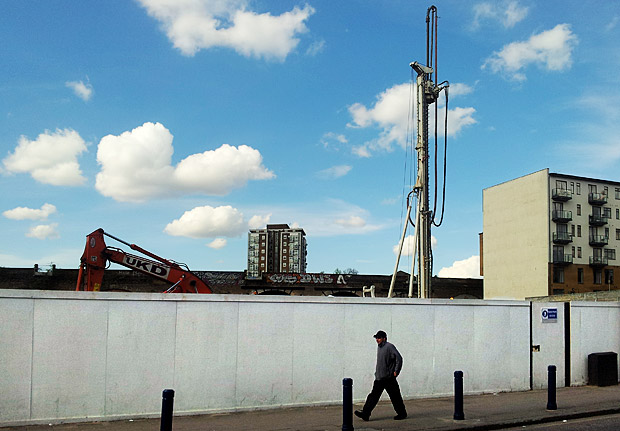 The massive beast is putting in foundations for a substantial new housing development on Coldharbour Lane, opposite the junction with Somerleyton Road. 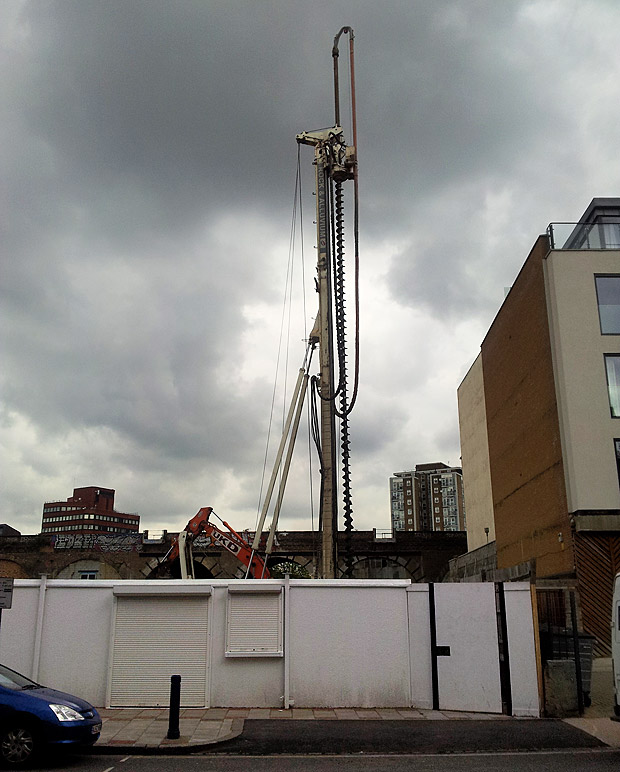 I know next to nothing about piledrivers, but this one appears to be a model made by Soilmec.

It’s part of their SF series, and is a self erecting hydraulic powered number mounted on a SOILMEC crawler unit. So now you know. 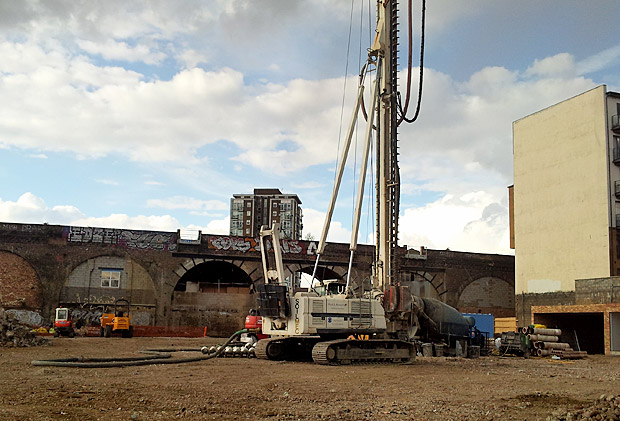 There seems to be some confusion as to exactly what is being built, although a sign for Barrett Homes appeared on site briefly.

Read more about the development on the urban75 forums: Redevelopment at the Cooltan site on Coldharbour Lane, Brixton. 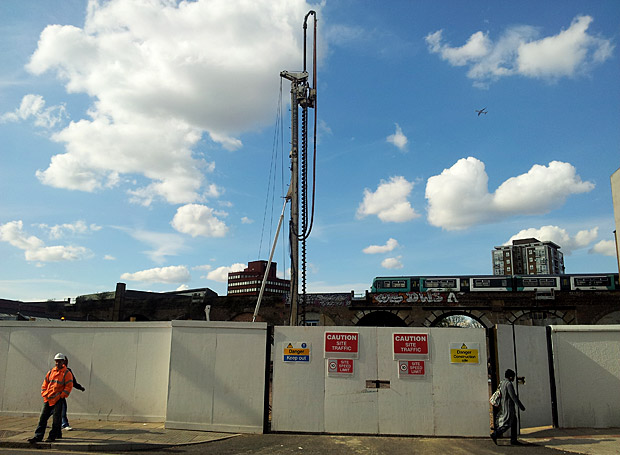