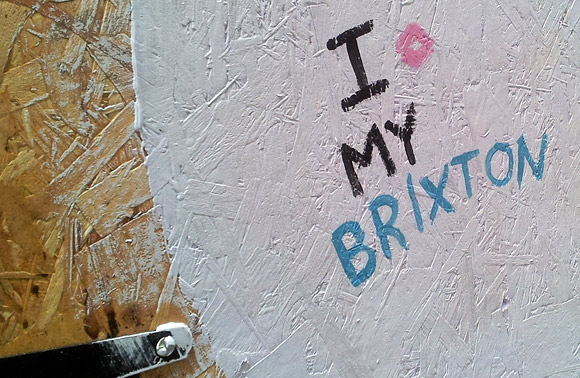 Maybe Brixtonites are just too cool to bother posting up positive messages on the hoardings outside a riot-devastated building – or maybe no one really cared much for the burnt out store in the first place.

Either way, the ‘Brixton Wall’ around the fire-damaged Footlocker store in central Brixton has certainly failed to capture the imagination of locals with no messages being added since the ‘One Love Brixton’ graffiti went up. 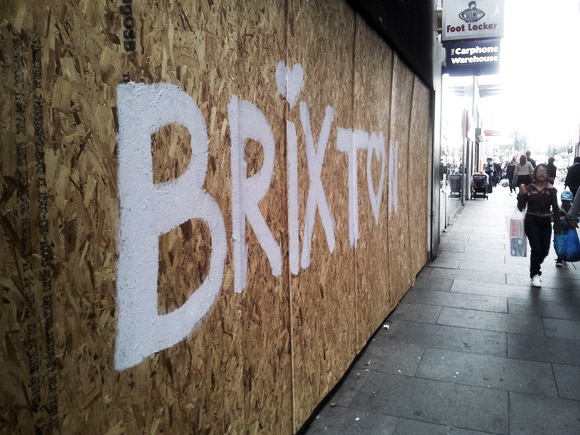 It’s been a different story in Peckham where a local theatre company created a “wall of love” for local residents to highlight the positive aspects of the area.

Hundreds of people quickly filled the wall with uplifting messages about the area on multi-coloured post-it notes, and it’s proved such a hit that the wall is going to be preserved. 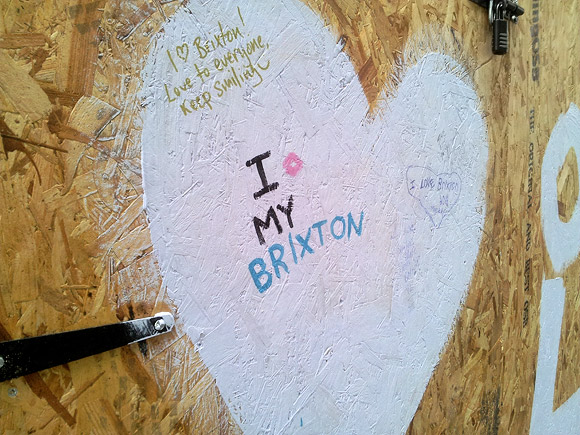 Brixtonites don’t seem to have responded with the same level of enthusiasm – this is the sum total of messages thus far (although a bit of paper with a Facebook ‘like’ graphic was spotted briefly on the wall).

Not quite sure what “I <diamond> my Brixton” means, either! 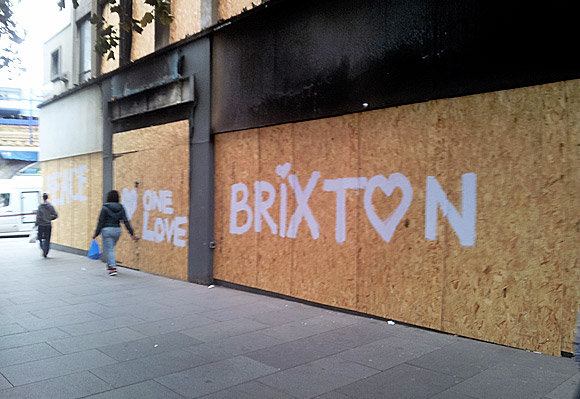 What do you think of the wall? Are you going to head down and start adding your own comments?  Or do you think the whole idea is a bit, well, naff?

Update: 01:00 17th August: another large fire broke out in Footlocker which took forty firefighters over an hour to put out.

Morton Valence and the Mountain Of Love at the Railway Tavern, Tulse Hill