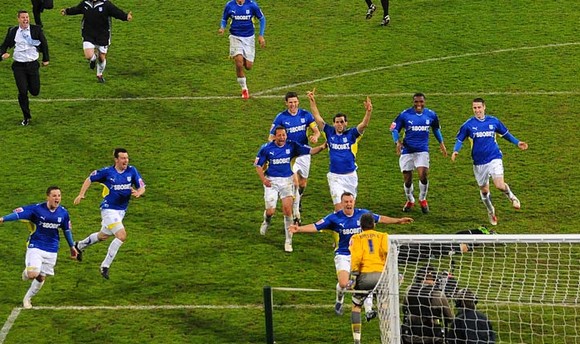 Man, this was an incredible game.

I watched in the Brixton Hootenanny and it was a mighty strange place to watch such a vital match.

The Fulham game was on the other screen right next to us (with, I’ll have to admit, a rather larger crowd), and there were people playing pool in front of the screen showing the Cardiff game.

Providing the musical accompaniment -at some considerable volume – was about 15 African drummers on the stage behind us, while I find myself in amongst a small nest of Leicester fans. Well, only one true Leicester fan and he was a lovely bloke.

The game was hideously, horribly, painfully close but Cardiff triumphed and I got very drunk. Mark Kennedy was an absolute gent.

And the drums kept on playing. 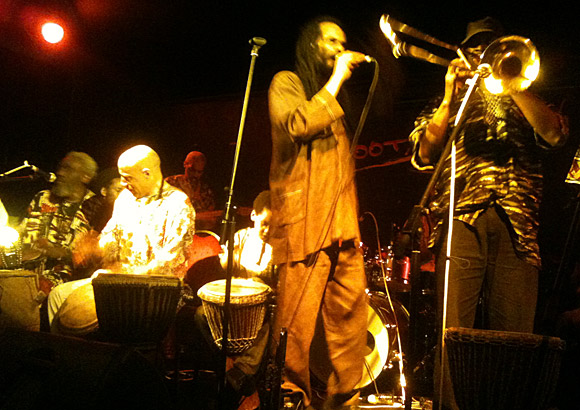 Here’s some photos nicked from urban75 posters who were lucky enough to be at the game.

One Comment on “Cardiff City beat Leicester – we’re in the Championship play-off final!”