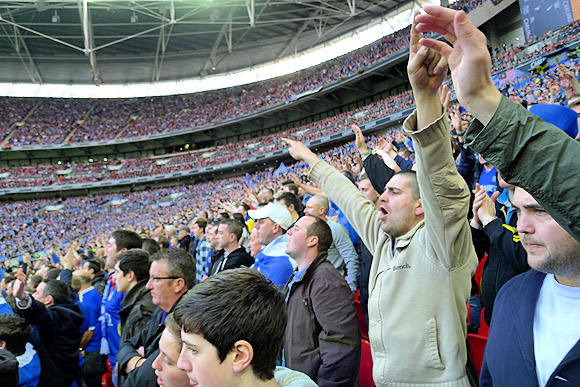 On Sunday, I was back at Wembley for a thrilling game of football as Championship underdogs Cardiff took on the Premiership big boys Liverpool. It’s taken until now for me to recover. 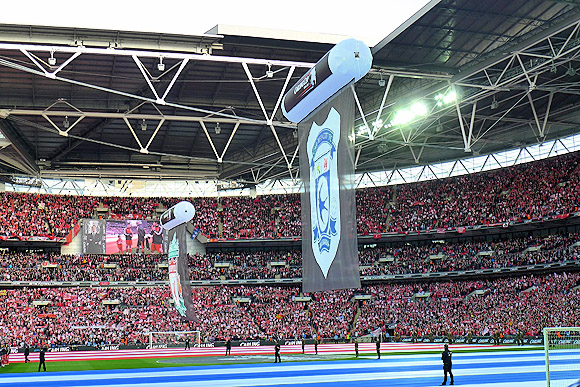 Much as I love seeing Cardiff City in big games, my dislike of the clinical, squeaky clean, corporate ‘Wembley Experience’ remains, and fuck knows what these ridiculous Bladerunner-esque floating banners have to do with football. 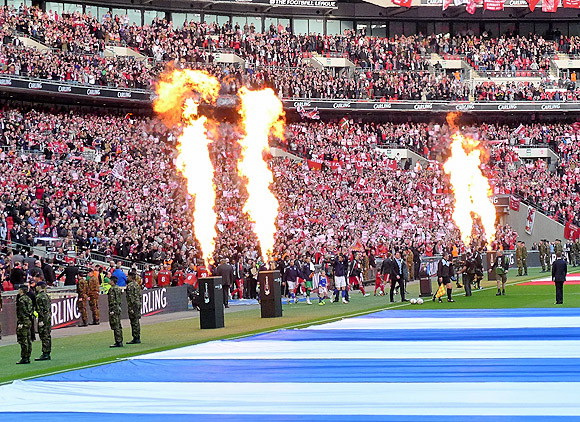 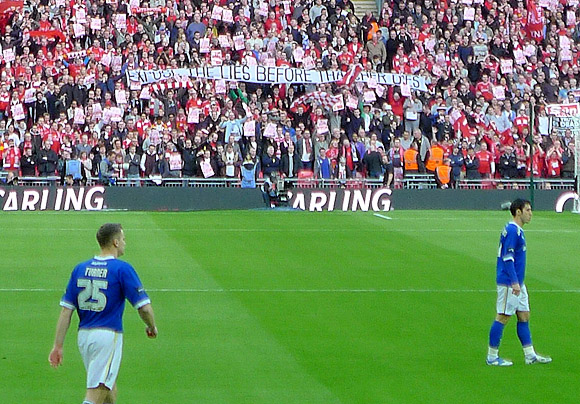 There seemed to be a lot of respect between both sets of players and supporters, and it was great to see the universal contempt held for Murdoch and The Sun. In the pic above you can see the  Liverpool banner, ” Expose the lies before Thatcher dies.” Nice one.

Happily, the stewards quickly gave up trying to make us sit down this time, so we were able to watch the game like a Cup Final is supposed to be seen: standing up. 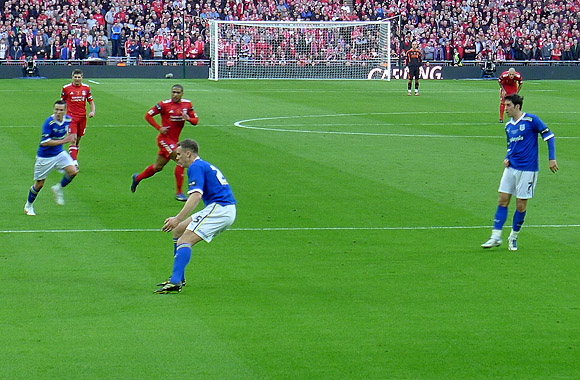 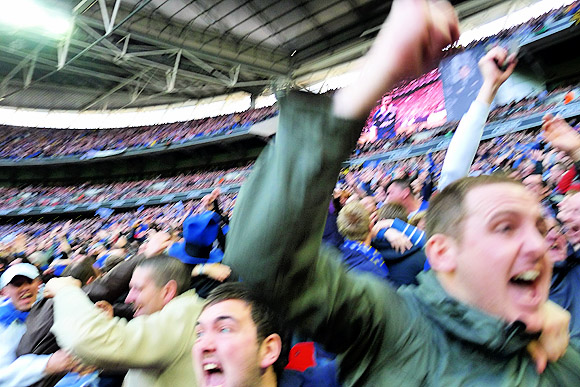 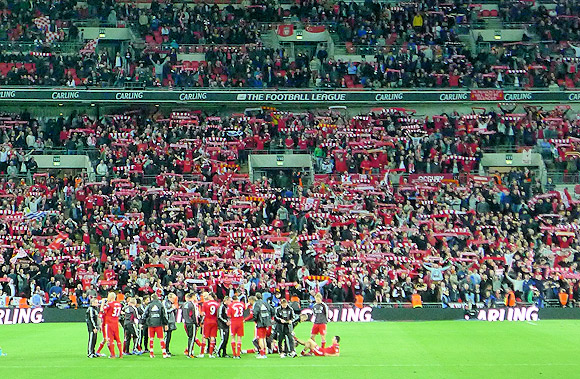 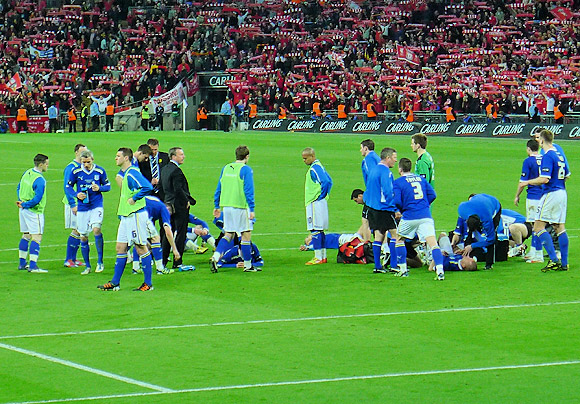 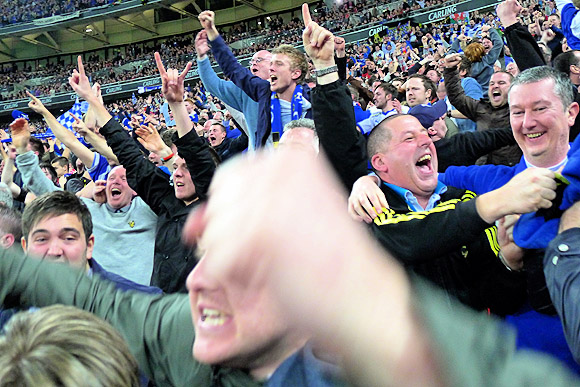 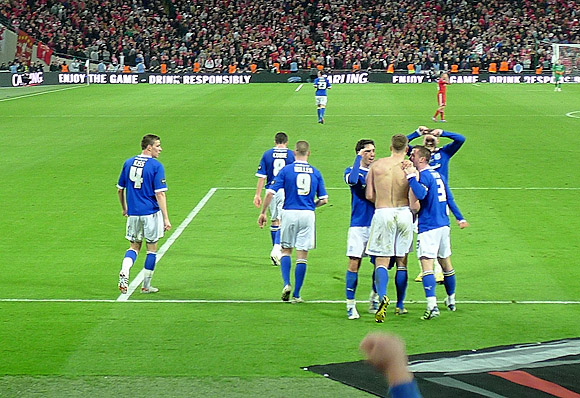 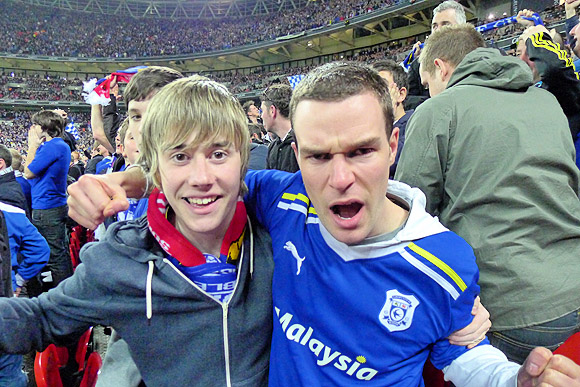 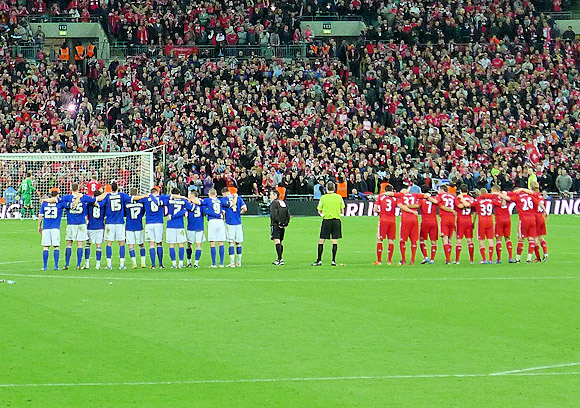 The dreaded penalty shoot out and, well, you know the rest 🙁 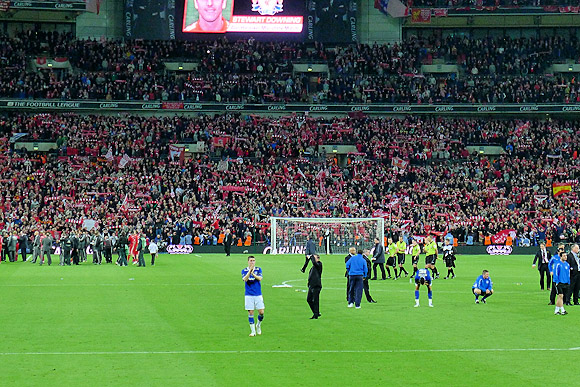 One Comment on “Cardiff City heartbreak at the Carling Cup final. I get very drunk”