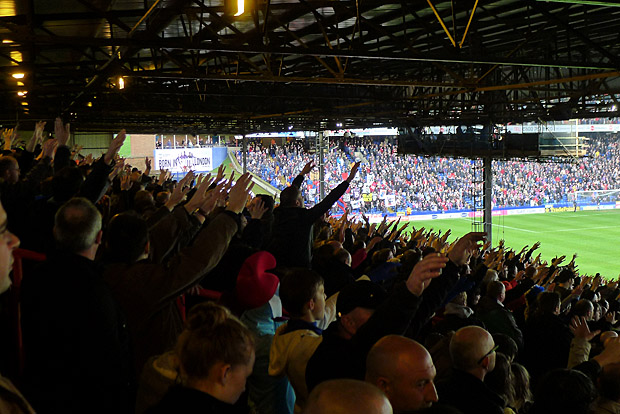 Despite the unfeasibly early start (kick off at 12.30? Why?) and the heftily hiked-up prices (£30 ticket and £3.80 for a bottle of Carling – you’re having a laugh), this was still a day to savour 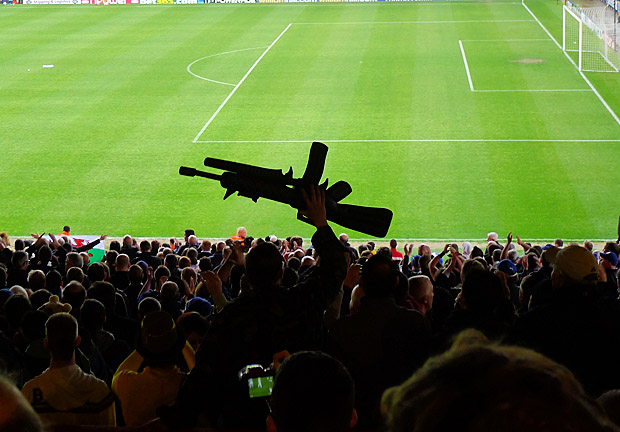 With the maths meaning that if Middlesbrough had won, we’d need at least a draw to guarantee a place in the play-offs for the third year running, this proved to be a tense afternoon.

The Cardiff crowd rose to the occasion, filling Palace’s rather run down stadium with Welsh noise. 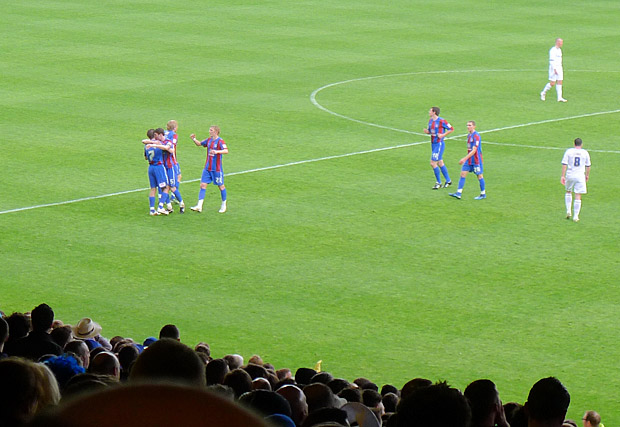 Despite early dominance,  Palace went ahead in the first half after the skillful Wilfried Zaha slotted home. 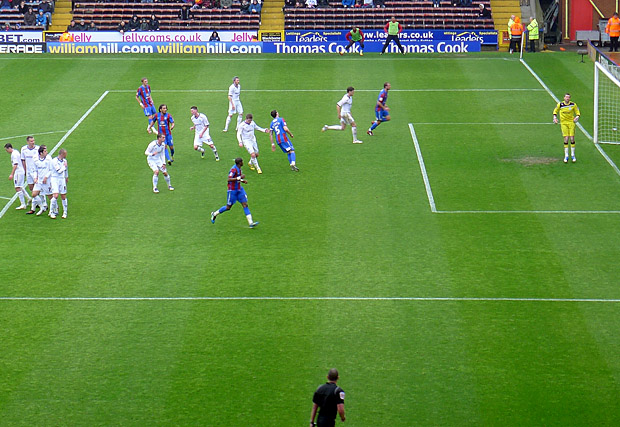 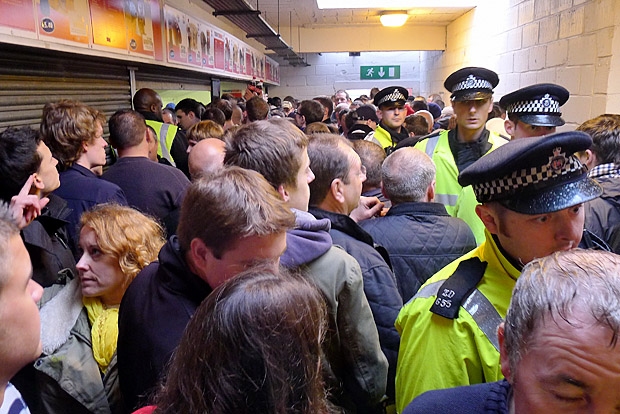 I love old football grounds, but the overcrowding in the bar area under the Cardiff end was more than a bit troubling: if someone had fallen over or there’d been a panic, serious injuries could have followed.  It wasn’t a pleasant experience trying to fight through this crowd. 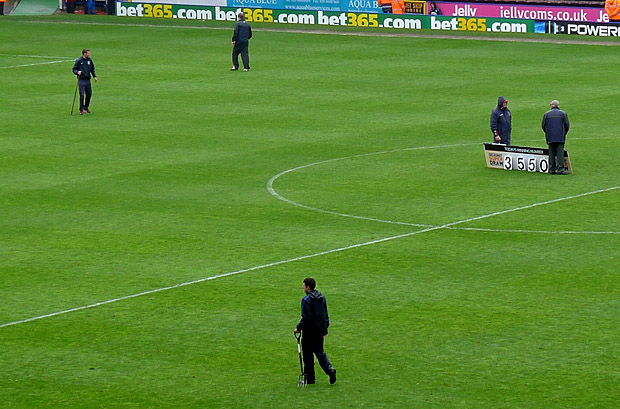 I missed the usual half time entertainment as I was stuck in the crowd in the bar area, but here’s some blokes standing around the pitch. 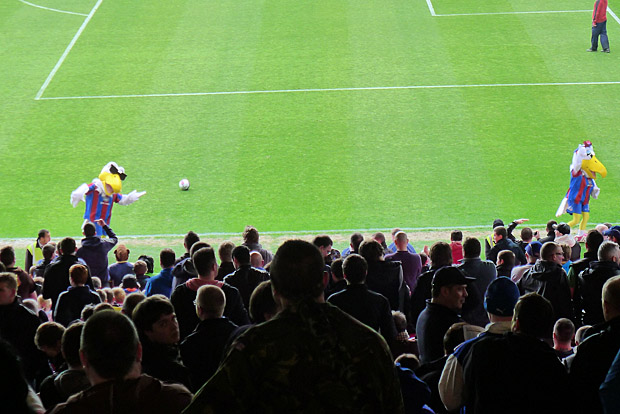 Note the friendly greeting from the Cardiff fan in the bottom left. 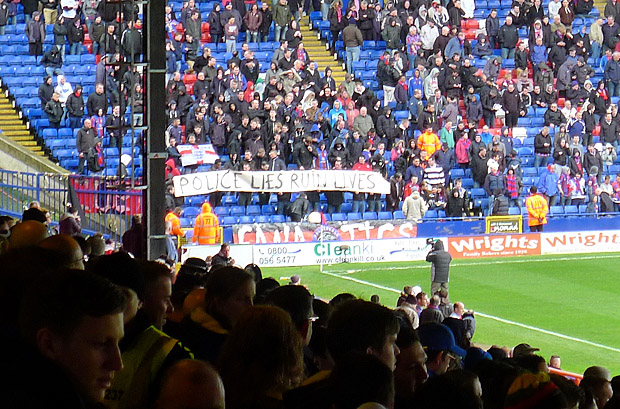 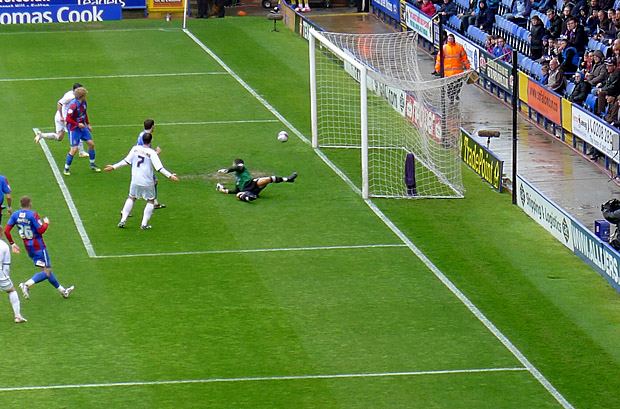 Come the second half and it was all Cardiff. 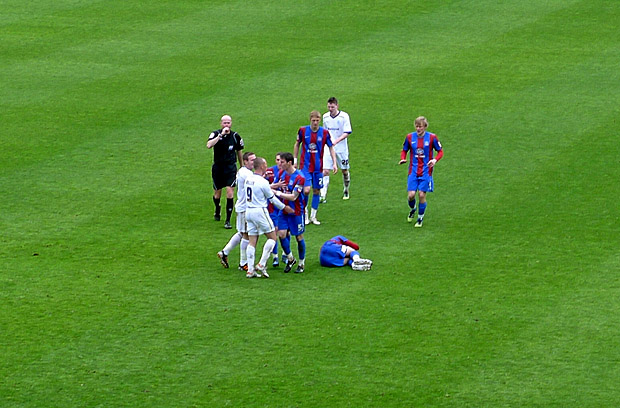 Miller is booked after a particularly spectacularly stumble from the Palace player. 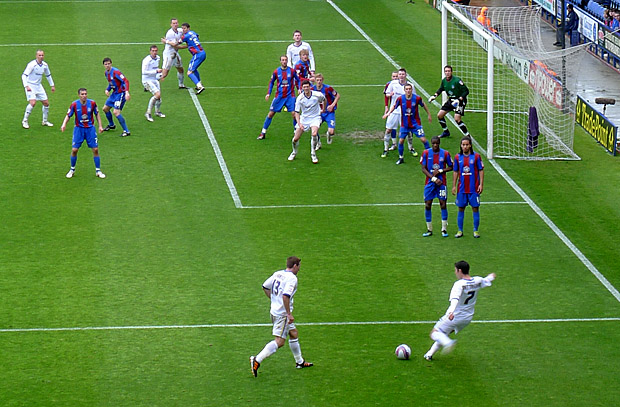 Whittingham takes the free kick and from an impossible angle slots home. YES! 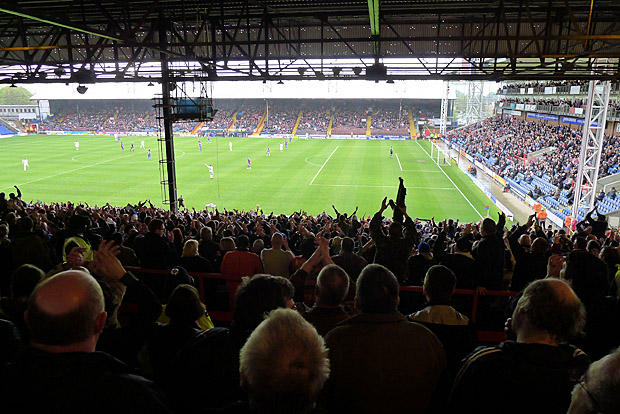 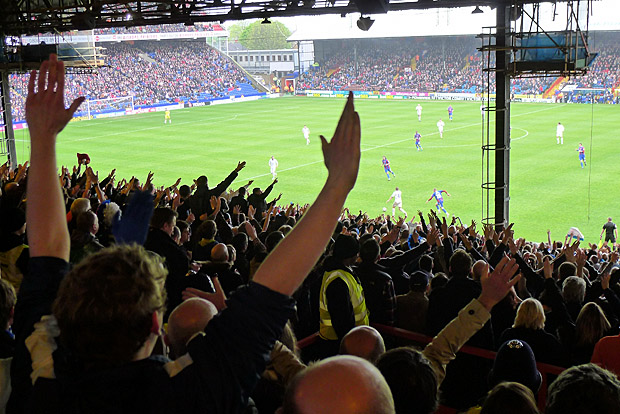 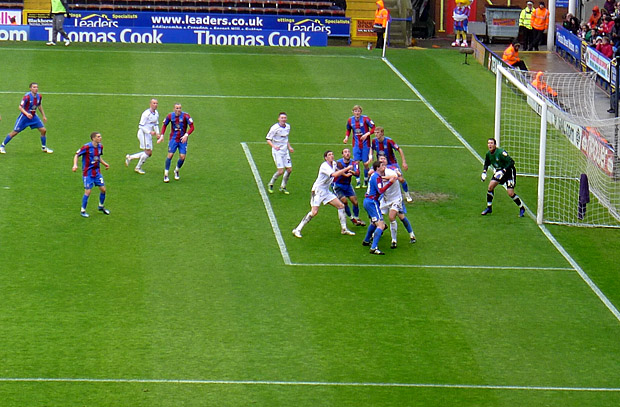 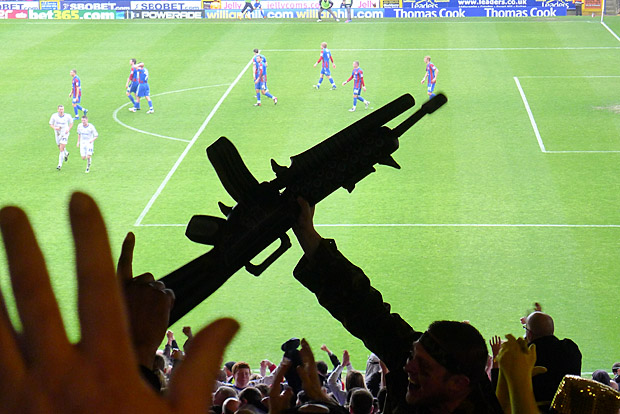 The blow up AK-47 is held triumphantly aloft! 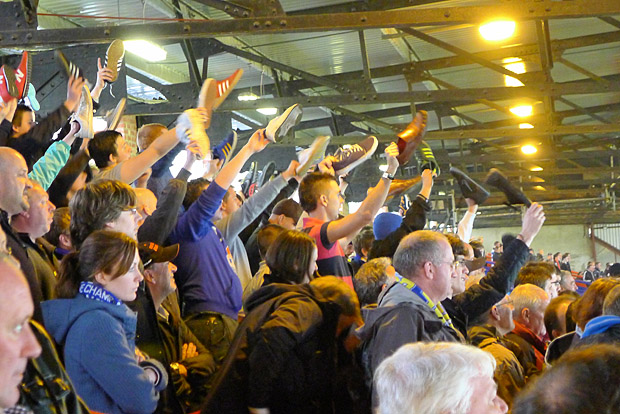 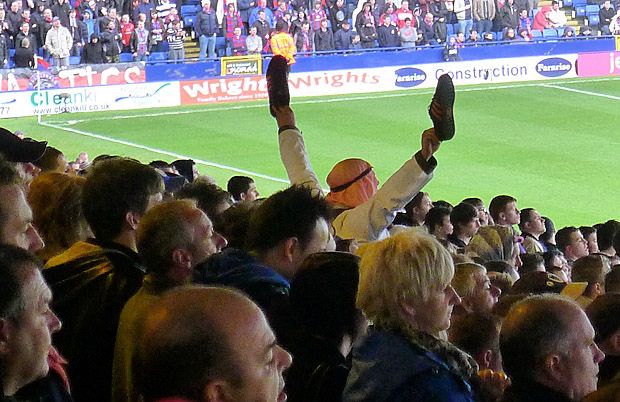 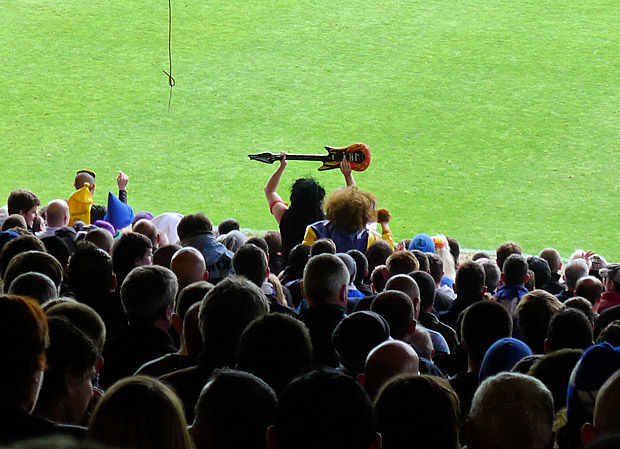 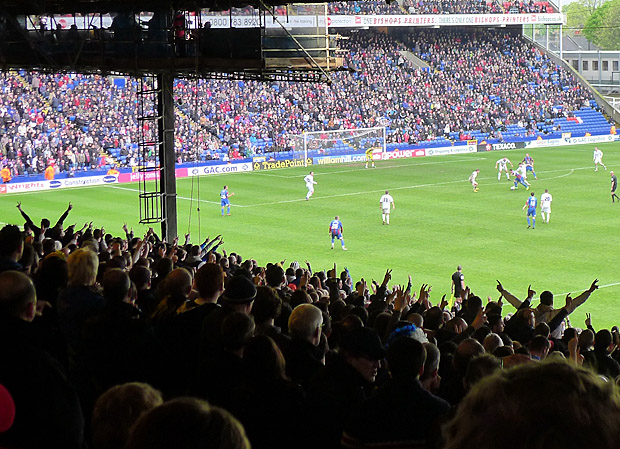 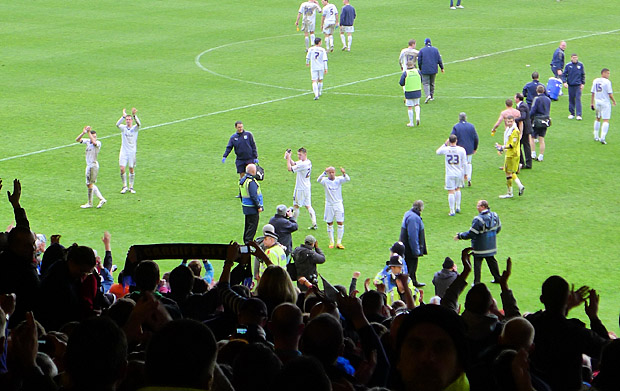 And it’s all over. We’re in the play offs again. Bring on the Hammers! 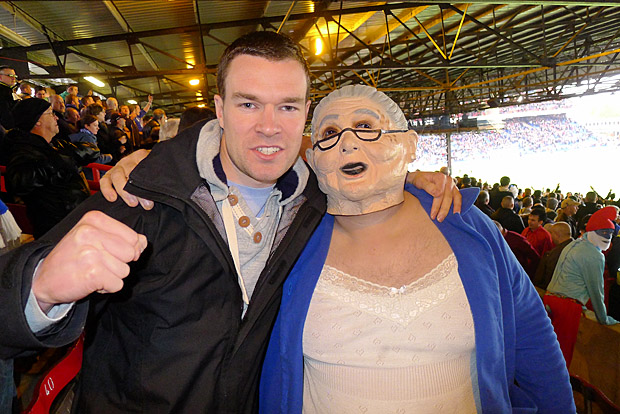 One Comment on “Cardiff City triumph at Crystal Palace: play-offs here we come!”