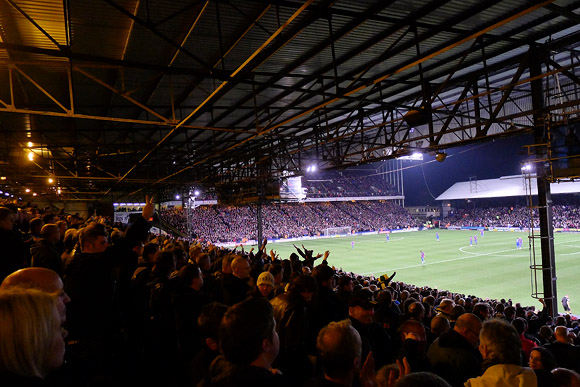 There was a lively atmosphere at Selhurst Park for the first leg of the Carling Cup semi-final on Tuesday, 10th Jan 2012, with the mighty Cardiff City taking on Crystal Palace. 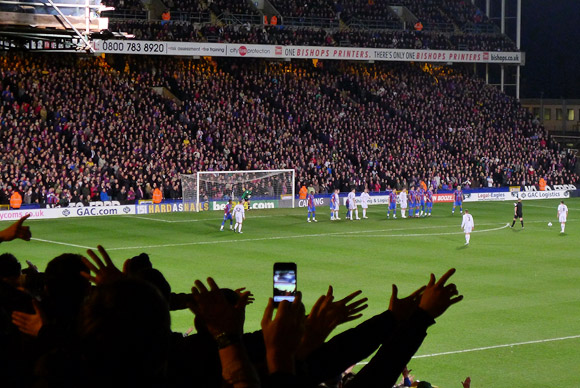 In the first 15 mins it was total Cardiff – it looked like we were going to stuff Palace. Then we let them back in the game and our goalie fucked up for their goal just before half time.

We seemed to lose interest for large chunks in the second half and certainly deserved the draw at least – and we were by far the most likely to score at the end. 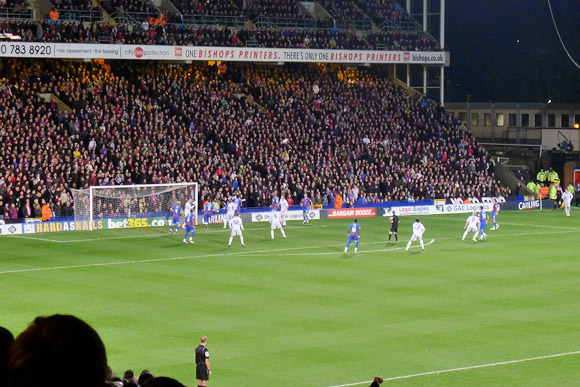 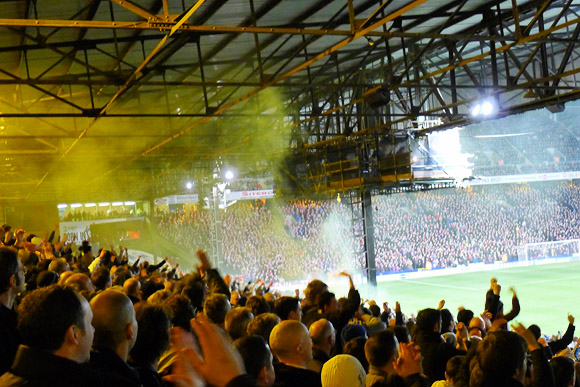 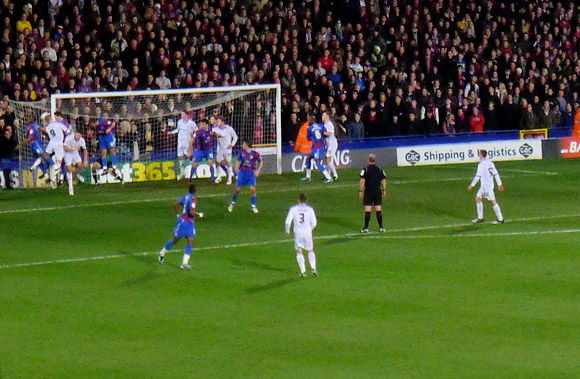 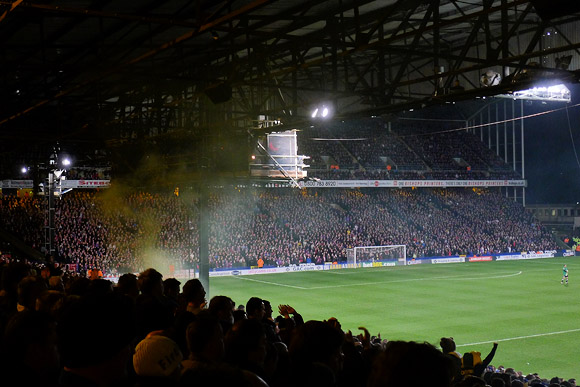 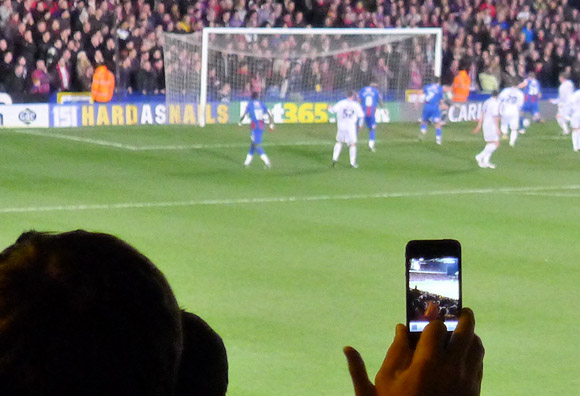 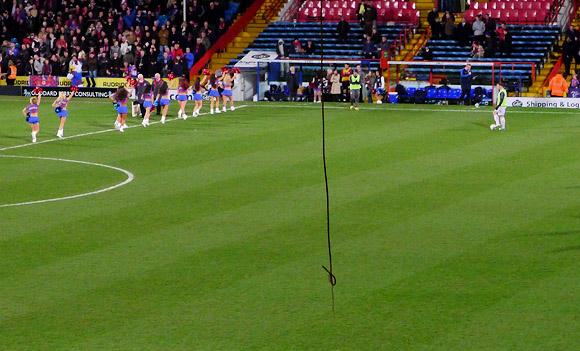 I liked this bit of cable that dangled over the supporters. Quality ground! 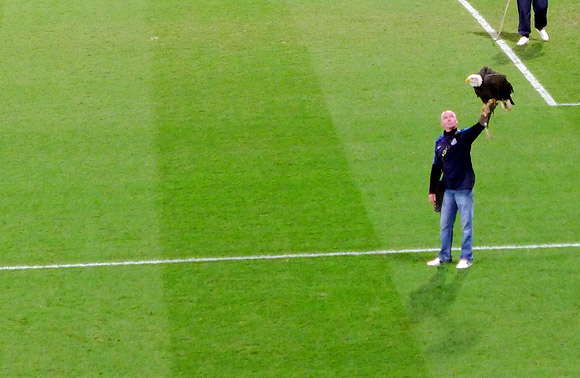 Here’s the, err, mighty eagle that flaps about a bit around the pitch during half time, and that’s it. 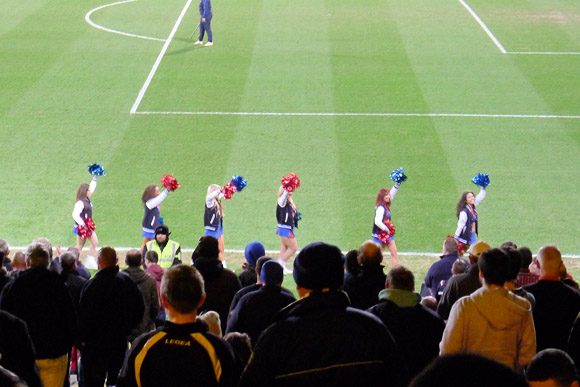 The painfully cheesy Palace Angels doing their very best to persuade punters that we’re actually in Houston, Texas, and not a shoddy stadium in a nondescript back end of south London. 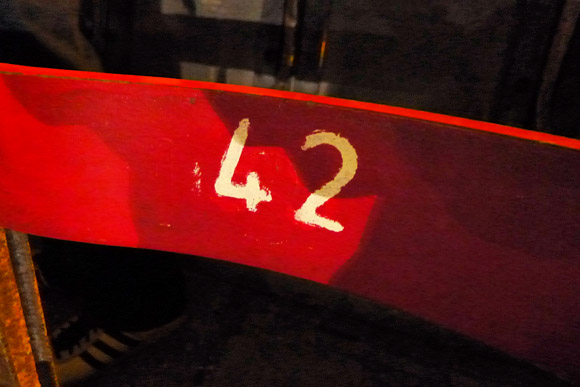 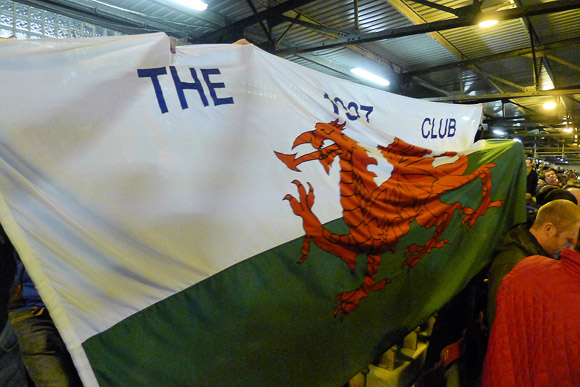 The brand new 1927 club flag is unveiled, complete with comedy head creating a strange bulge at the far end. 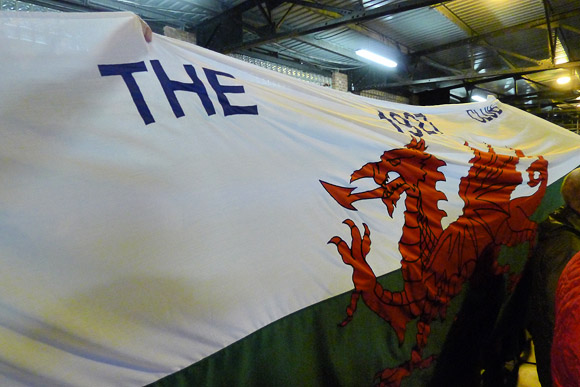 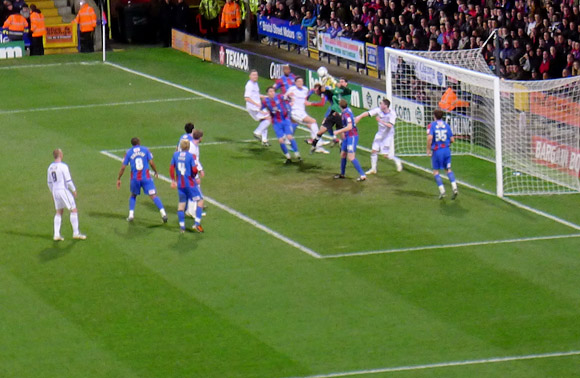 Back to the football, we had a perfectly good goal disallowed in the second half because someone breathed near their goalie, or something. 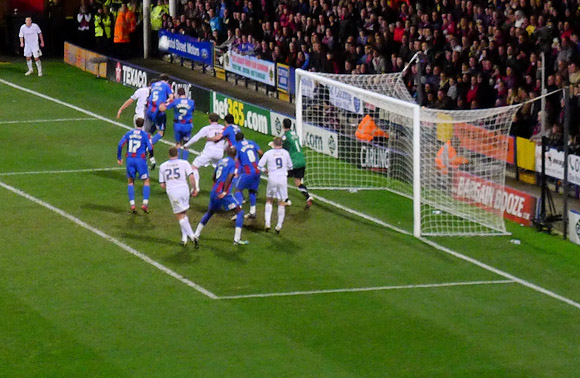 In the last ten minutes, it was all Cardiff, but sadly we failed to capitalise on the pressure.  Roll on the second leg at Cardiff! 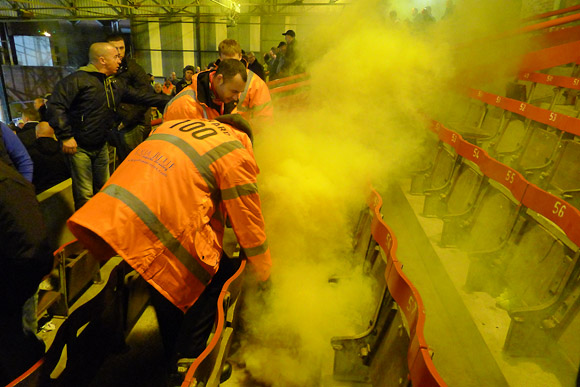 Whoops! Another smoke bomb has gone off! I don’t think the stewards had been trained in what to do with them (clue: picking them up only makes things worse). 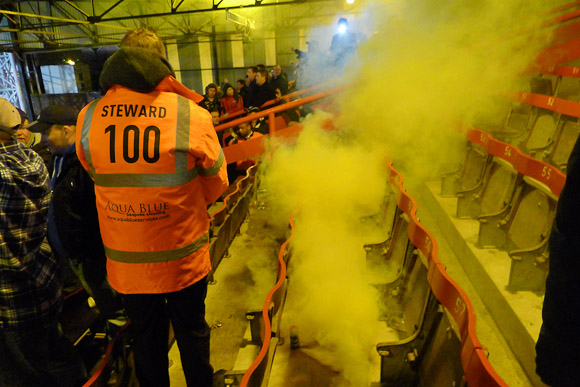 As for the match experience here’s my likes and dislikes:

HATED
That fucking pointless twat with a drum
The supremely irritating music when Palace score. This isn’t the US, you idiots. In the UK the crowds are supposed to make the noise, not some doofus with his finger on the ‘play’ button..

LAUGHED AT
The desperately pointless cheerleaders