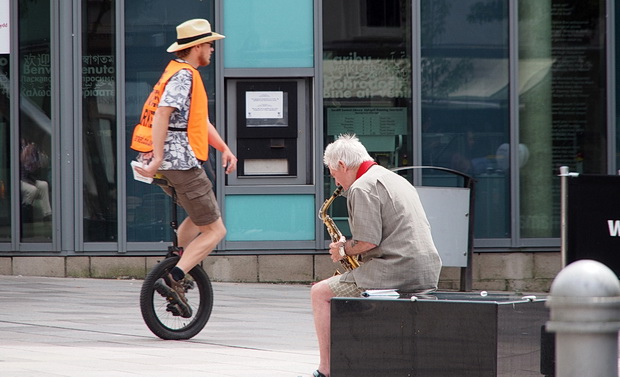 Rarely has a city transformed as quickly as Cardiff has in recent years, and whenever I return I’m always interested to see the changes.

Here’s twenty-five photos taken as I scampered around town during my short visit last week. 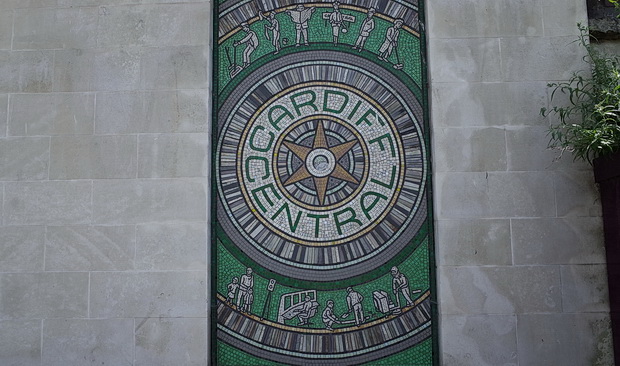 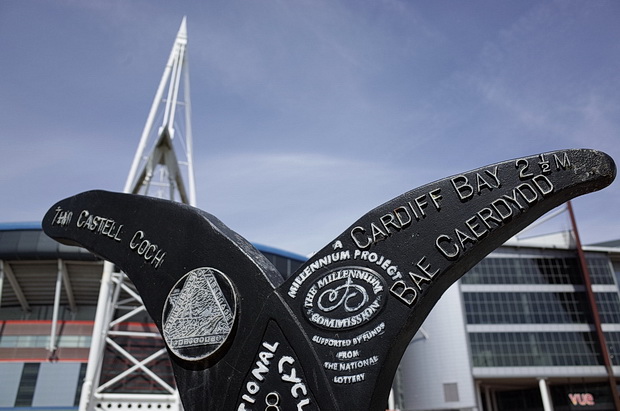 Signpost by the River Taff, opposite the Millennium Stadium. 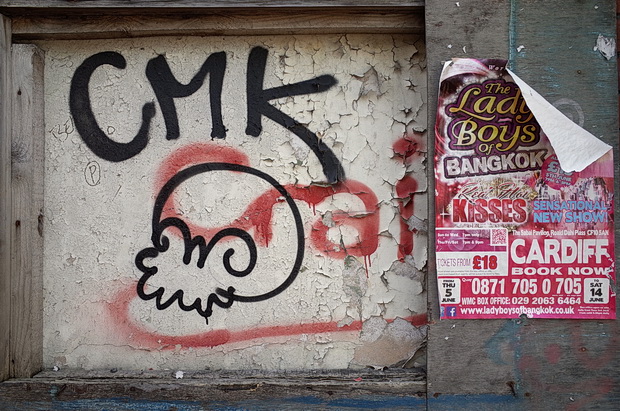 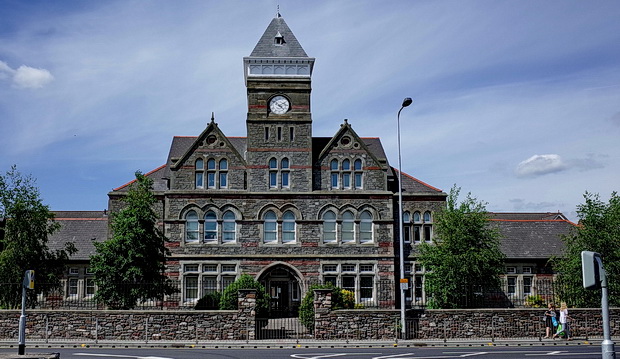 Old St David’s hospital building. Built in 1881, this imposing structure features a central clock tower which rises to a height of 72 feet. 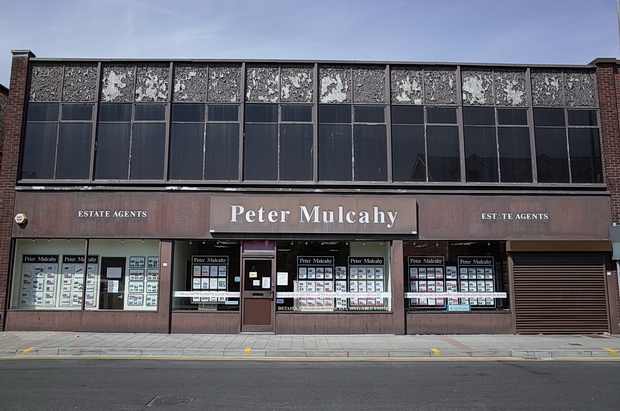 Crumbling paintwork on the façade of Peter Mulcahy estate agents. 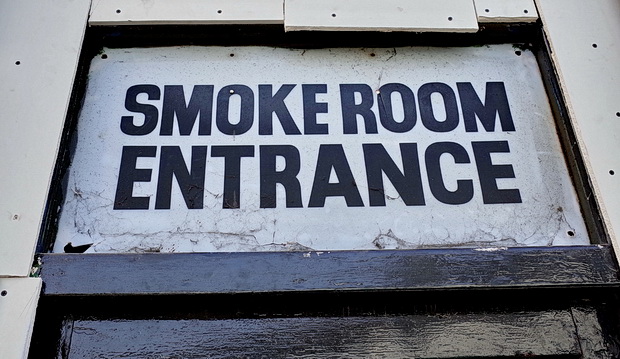 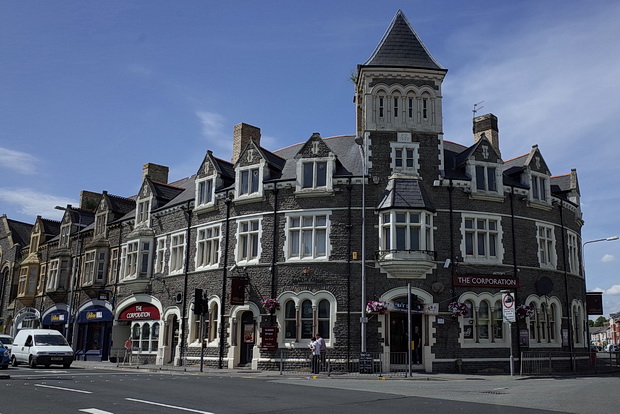 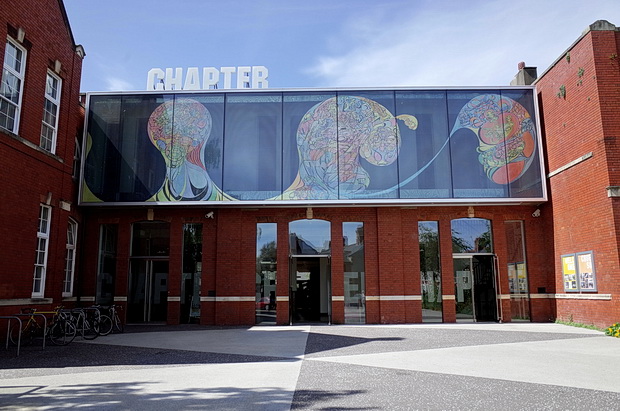 Entrance to Chapter Arts, an important arts centre which opened up in the former premises of Canton High School in 1971. 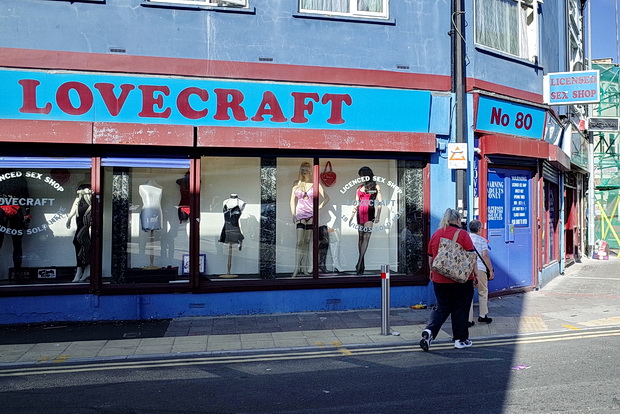 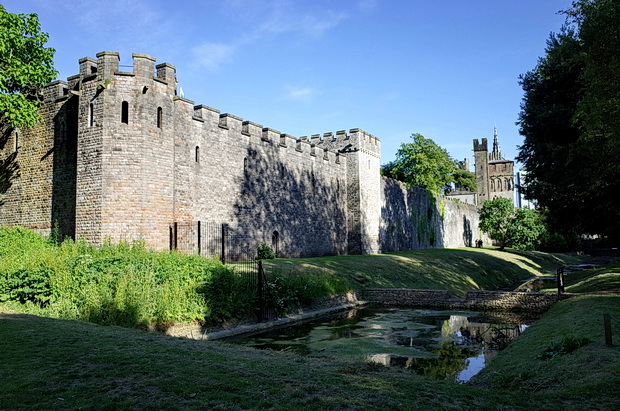 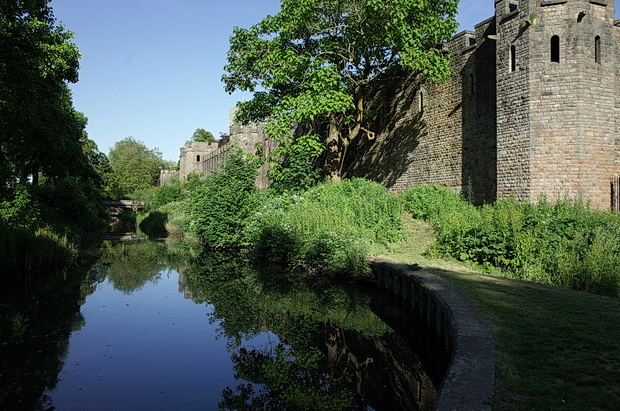 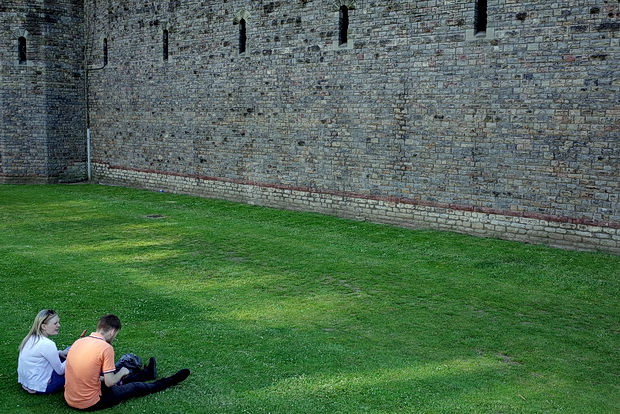 Relaxing on the castle green. 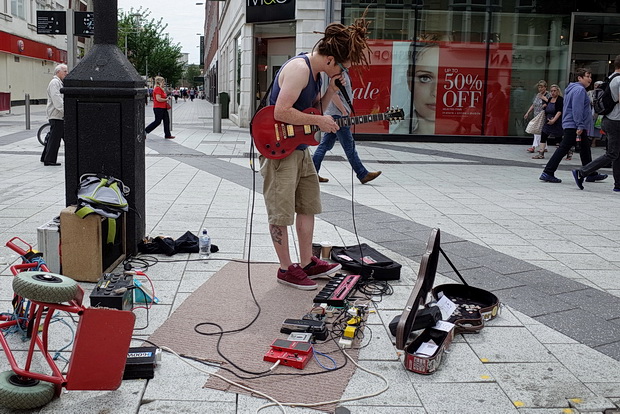 The busker known as Redlocks was busy with a whole suite of pedals and effects on Queen Street.

He recently survived an attempt by Cardiff Council to ban him from the streets, but he can now only play in the same spot for 30 minutes before moving on. Read his story here. 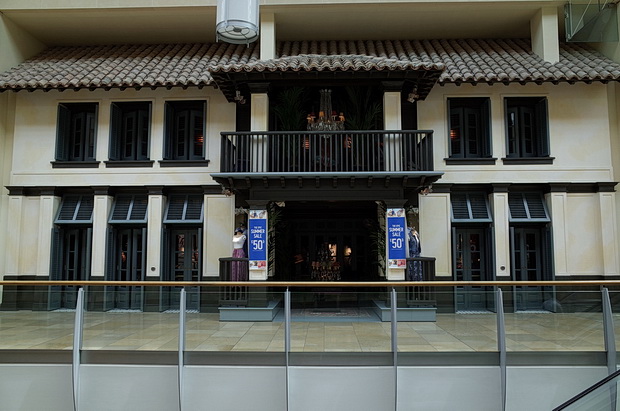 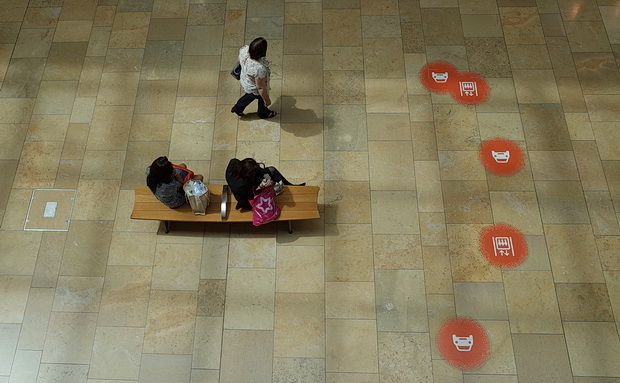 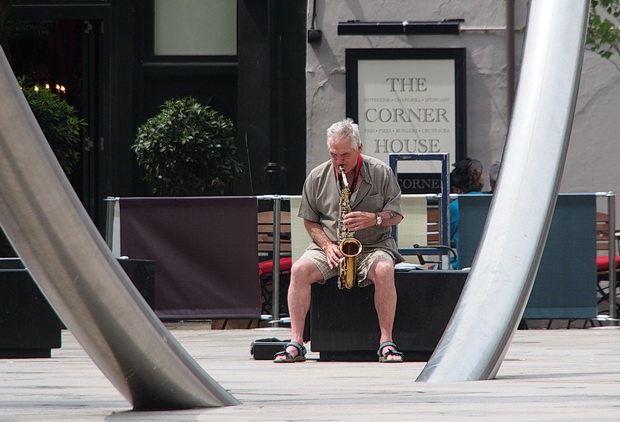 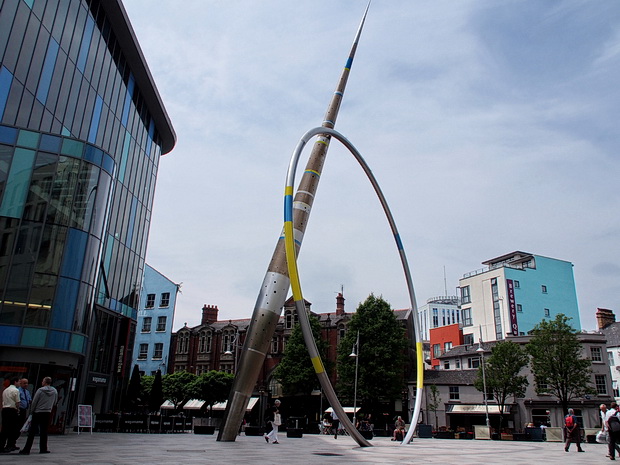 Created by French artist Jean-Bernard Métais, the structure glows in the dark and the hoop is supposed to fall and rise with the tide. [—] 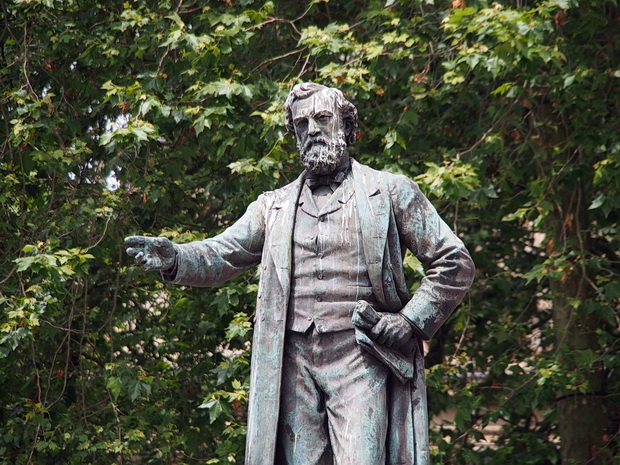 Statue for John Batchelor (1820–1883), a prominent Welsh Victorian businessman and politician, who earned the epithet “Friend of Freedom”.

The statue has become a magnet for wags to add traffic cones or bins to his head, and there’s often a bottle of beer to be found in his outstretched  hand. [—] 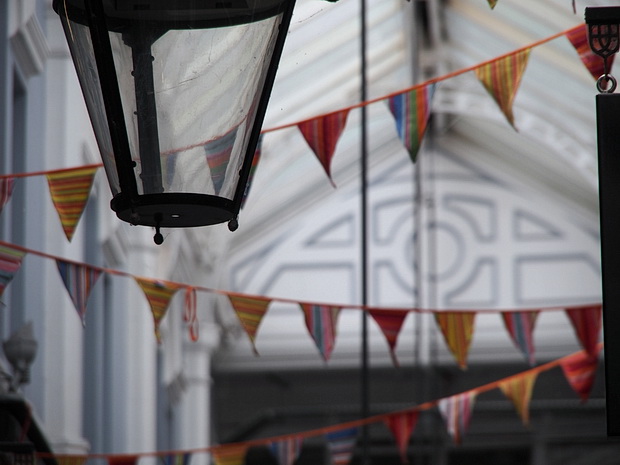 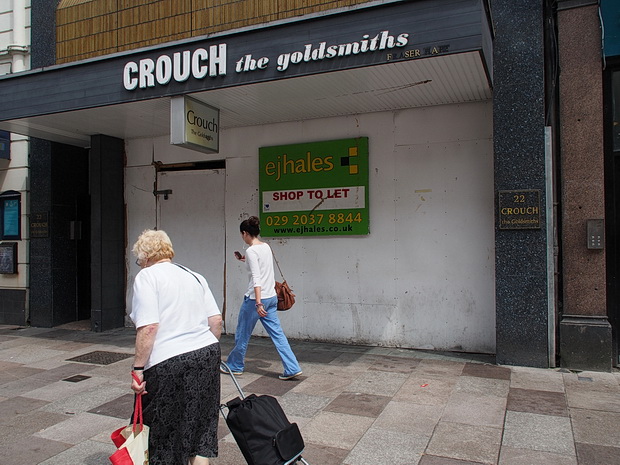 Former premises of Crouch, the jewellers. The company have relocated to 30 Grand Arcade in the St Davids/Dewi Sant shopping centre. 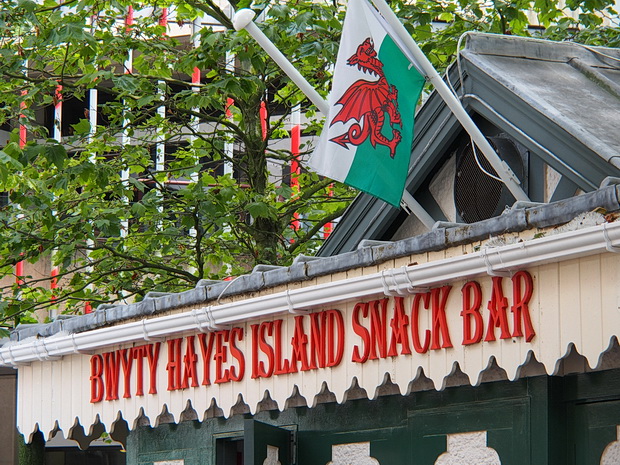 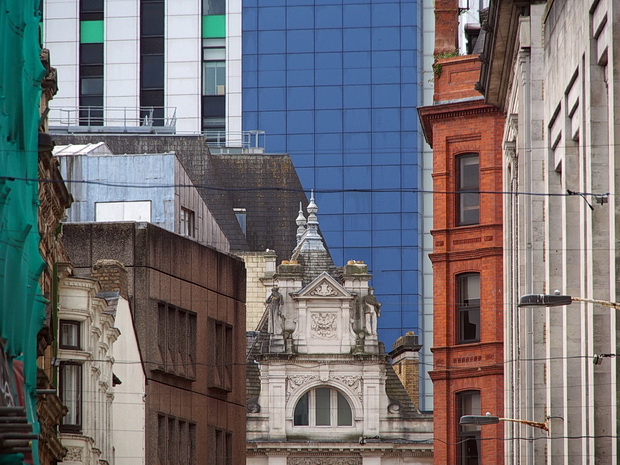 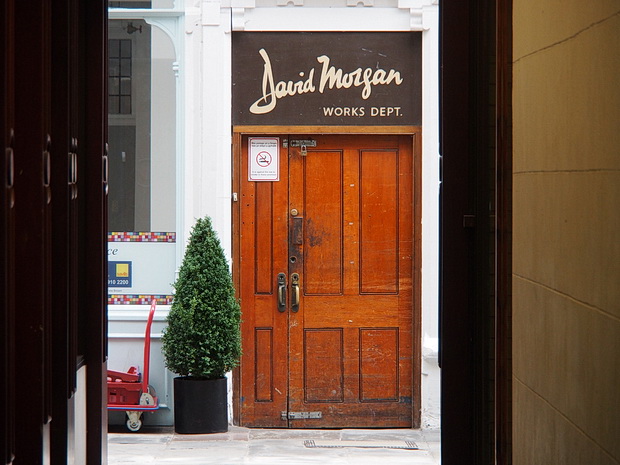 Former Works Dept of the David Morgan department store which ceased operating in January 2005 after 125 years of trading.

The store was founded by Brecon-born David Morgan who opened his first shop in The Hayes in 1879.

Family run throughout its entire history, it was the largest independent department store in Wales when it closed in 2005. [—] 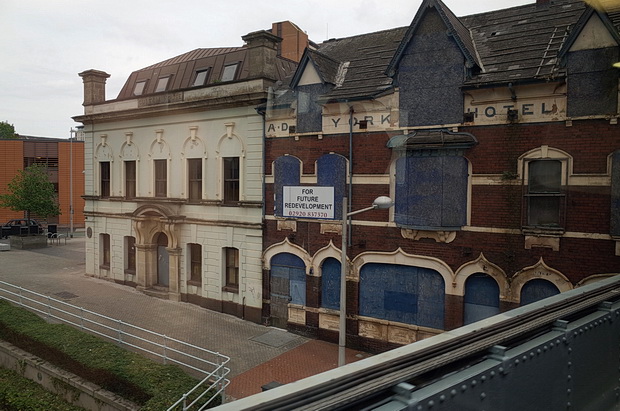 It’s been empty and derelict for years, but the 1890 York Hotel has been bought by the Bailey Group and is earmarked ‘for future development.’