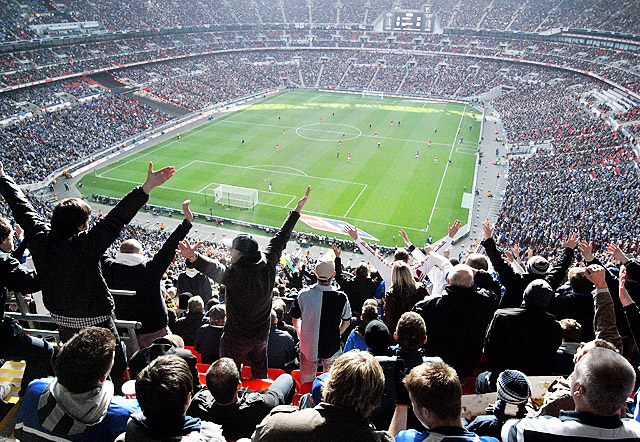 My nephew is already half way down the M4 in a car laden with lager, and I’m getting ready for some serious north London drinking before this afternoon’s Carling Cup final 2012. Come on Cardiff! 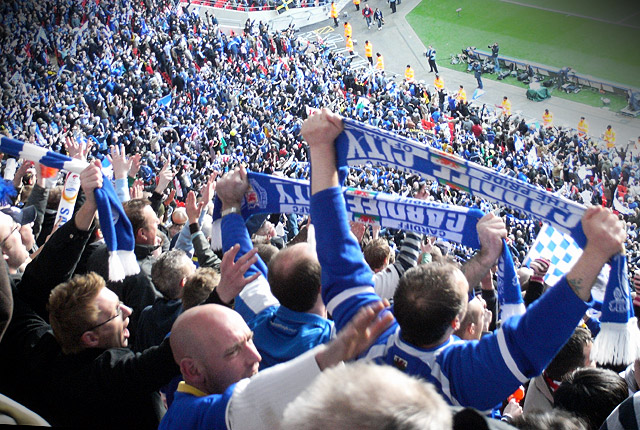 It’s the mighty Cardiff City versus Liverpool, so I’ll be back at Wembley for the fourth time in five years, ready to cheer on the plucky underdogs against the swaggering Premiership big boys.

Given Liverpool’s dubious, racism-tainted recent affairs, we’ve already won the moral victory, so surely triumph on the pitch should rightfully follow (OK, the logic is dodgy, but I’ll go with whatever I’ve got!). 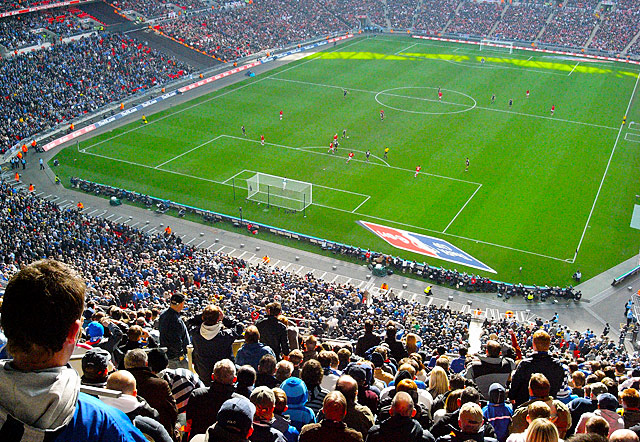 Much as I love seeing Cardiff in another big final, it’s a shame it’s at ruddy Wembley: a clinical, corporate stadium stuck out in a dreadful area devoid of interest.

As usual, my Cardiff chums will be spread around pubs as far north as Harrow and beyond, so the build up is a bit rubbish compared to games at the Millennium where’s there’s pubs galore within metres of the ground.

Still, we’re the mighty Cardiff City and we’re going to Wembley, so let’s hope we can upset the bookies and follow on from the fine form shown by the Wales rugby team against England yesterday and WIN!

Oh, and if you want to hear my ranting at the game, follow me on Twitter @urban75.

One Comment on “Carling Cup 2012 – Cardiff City vs Liverpool. Come on you Bluebirds!”