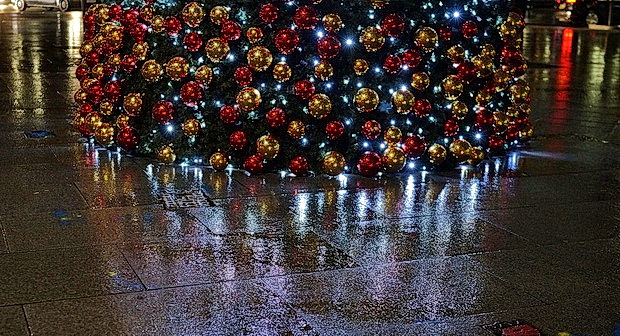 Here’s another set of photos taken around Soho this weekend, showing the rainy streets of the capital a week before Christmas. 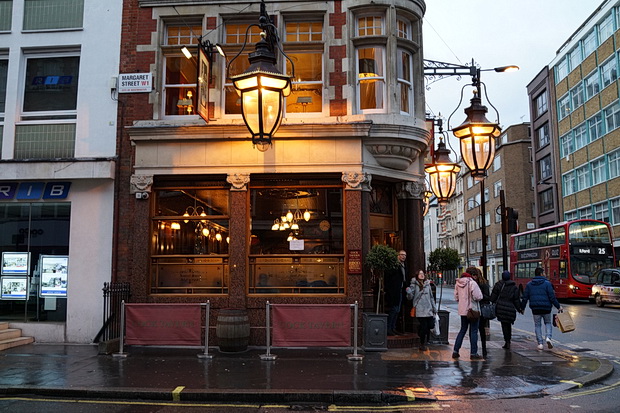 The magnificent former gas lanterns of the Cock Tavern on Margaret Street, a Victorian pub with a wonderfully ornate interior. A long, narrow pub, it serves the usual range of affordable Samuel Smith beers. 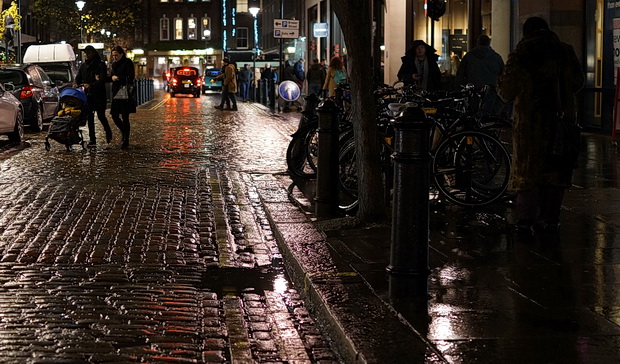 Rain reflected off the sett paving on Broadwick Street. 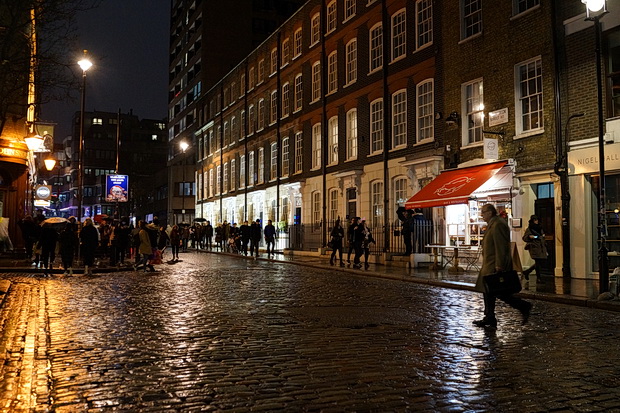 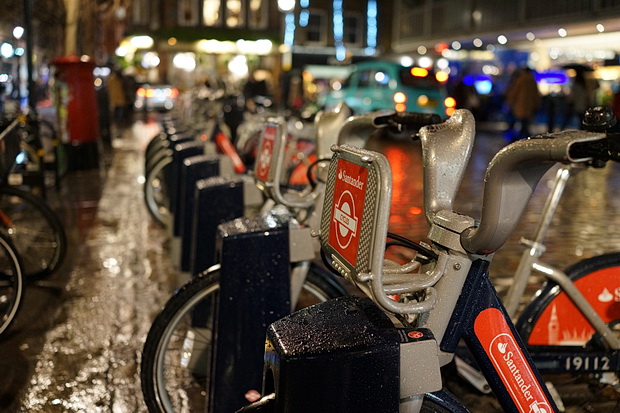 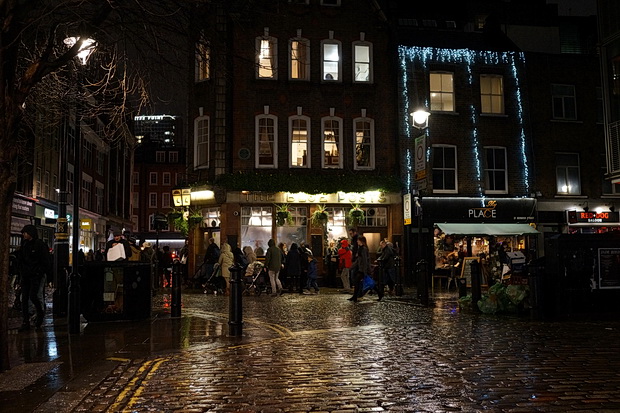 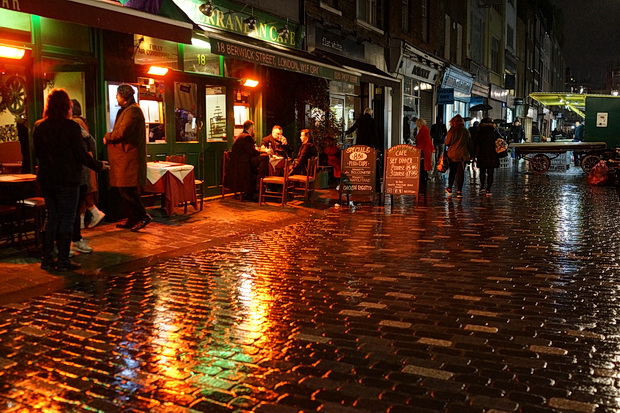 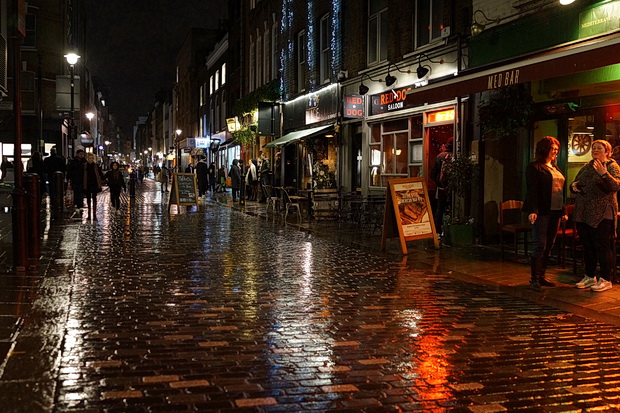 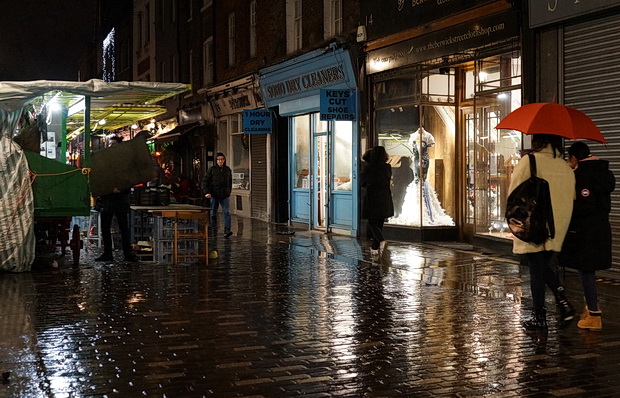 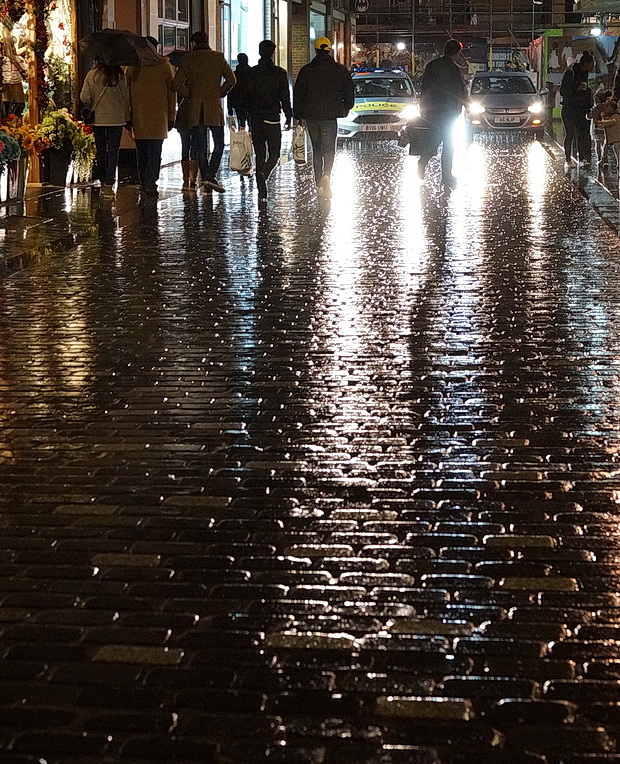 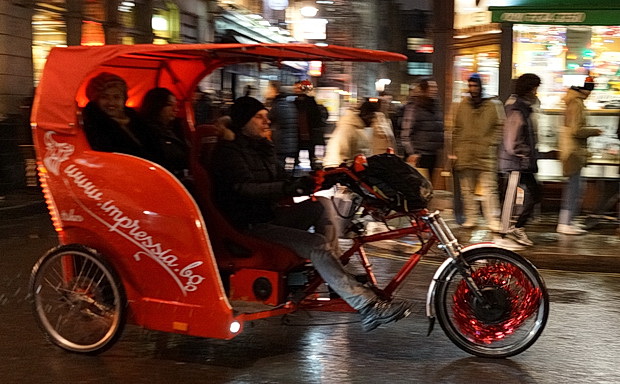 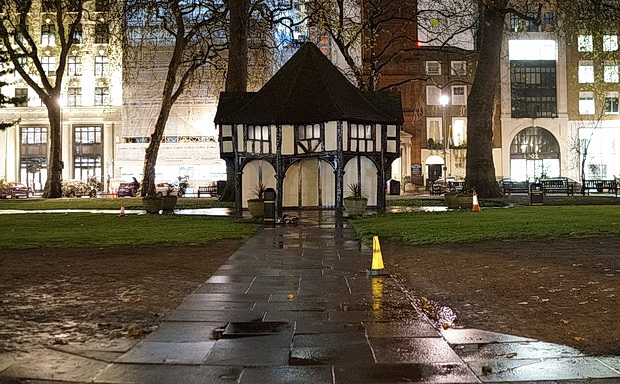 A little known fact is that the Grade II listed mock-Tudor cottage also houses an emergency fire escape exit for a WW2 200 sq ft brick and concrete shell shelter in its centre. [—] 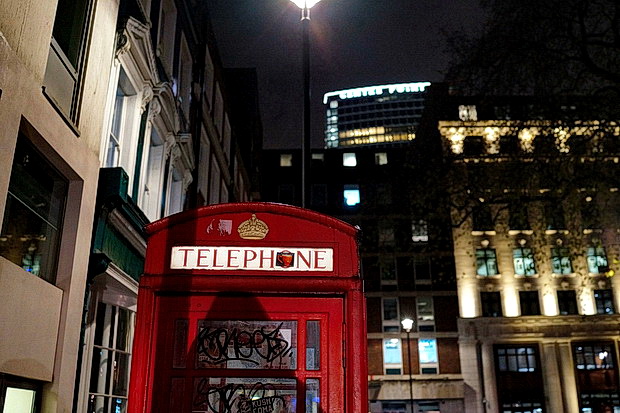 Soho Square phone box with Centrepoint in the background. 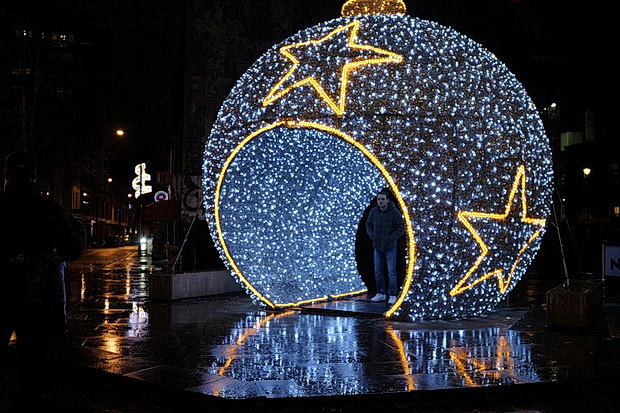 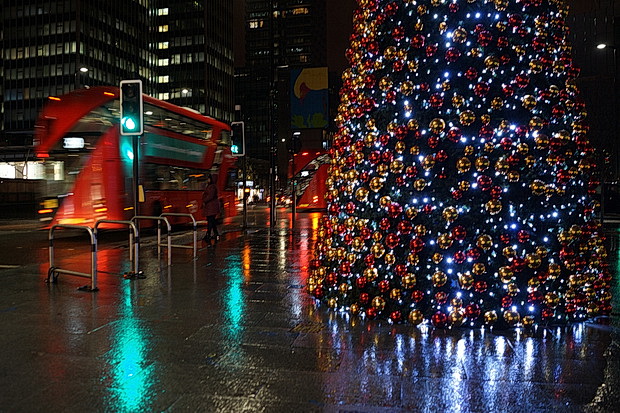 Baubles in the rain. 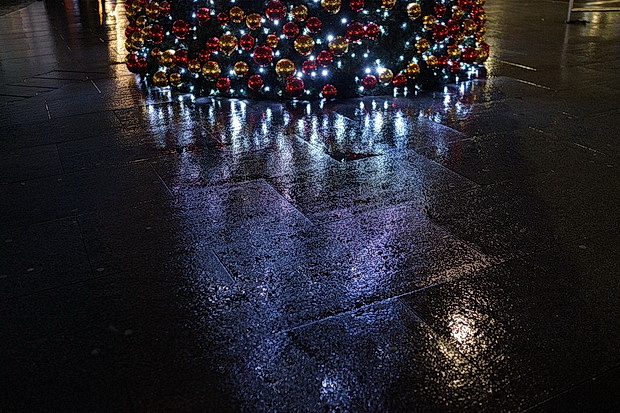 Chat about London photos on our forum.