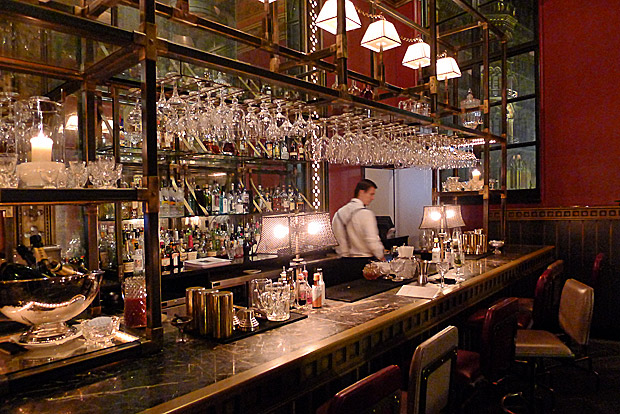 Occupying the former entrance to the Midland Grand Hotel, a trip through the revolving door – one of the very first in the UK – takes you into the sumptuous interior of the Bar at The Gilbert Scott. 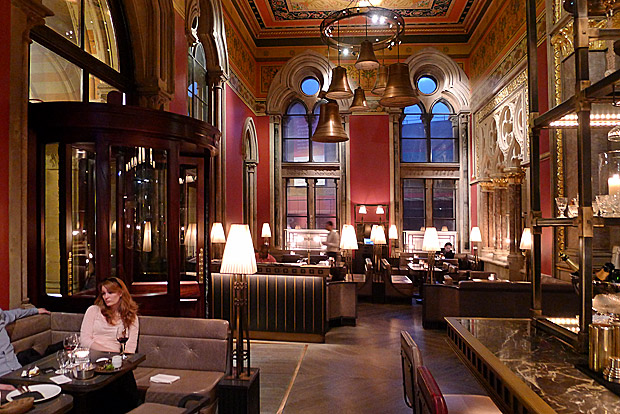 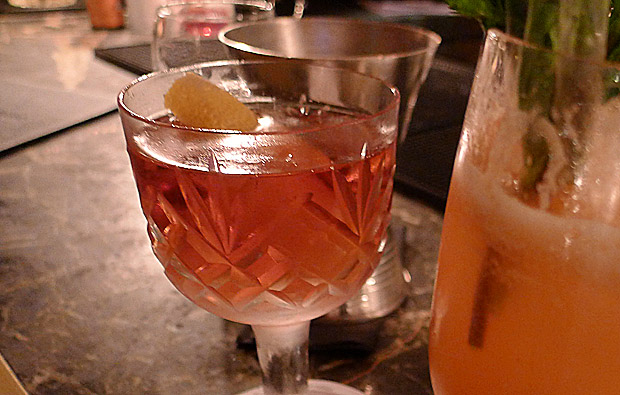 The 120-seater British brasserie comes with its own bar, and we popped in to sample some of the cocktails which were, as you might expect, absolutely ruddy lovely. 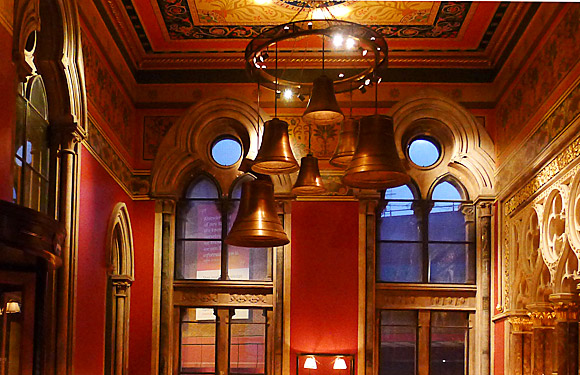 It’s not cheap mind, but the service was friendly and attentive, the atmosphere seductive and plush, and the constantly refilled cup of buttered pepper popcorn was truly delicious.

It’s a wonderful place to treat yourself or go for a romantic interlude.

It was good to revisit the hotel and see it in such fine shape – I’d previously visited in June and November 2003 when most of the building was in a state of dilapidation.

Here’s a few photos from those visits, including a pre-restoration look at the space now used by the Gilbert Scott bar (below). 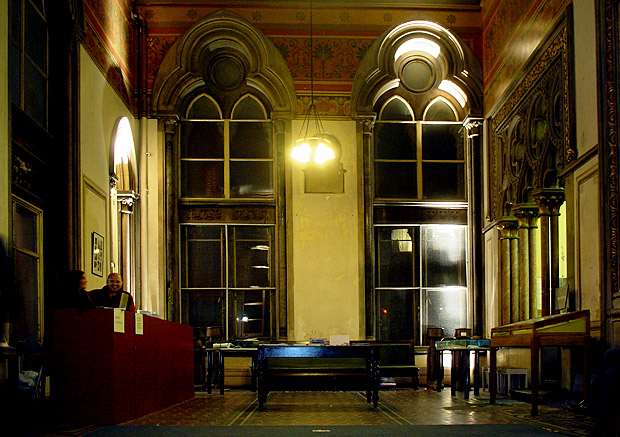 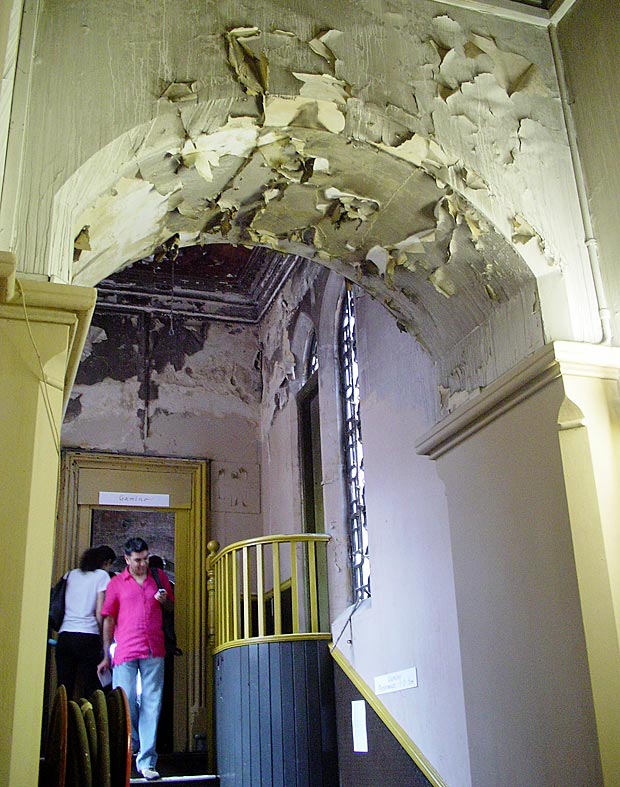 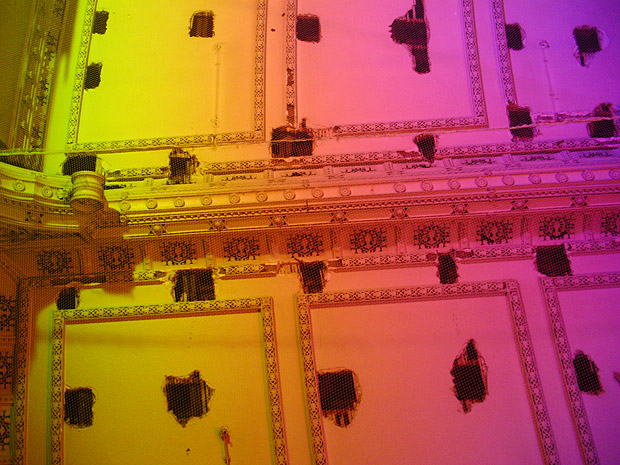 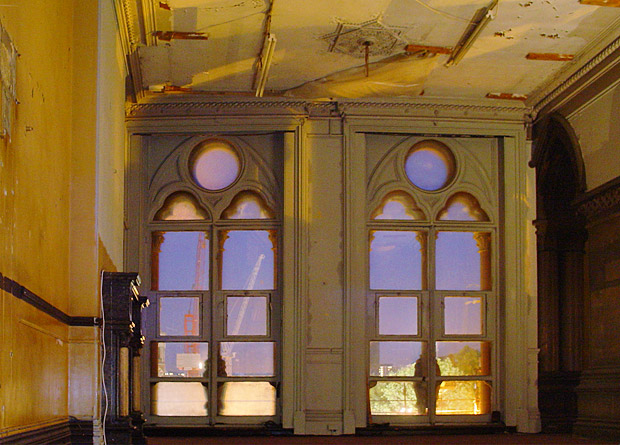 One Comment on “Cocktails in the Gothic splendour of the Gilbert Scott bar, Midland Hotel, St Pancras”