London’s skyline is changing fast, with a plethora of upmarket high rises set to alter the landscape for ever – and not always for the better.

Swiftly dividing opinion is the forthcoming luxury development at 1 Merchant Square in Paddington, with the shiny, blue bulbous skyscraper already dubbed ‘The Cucumber’. 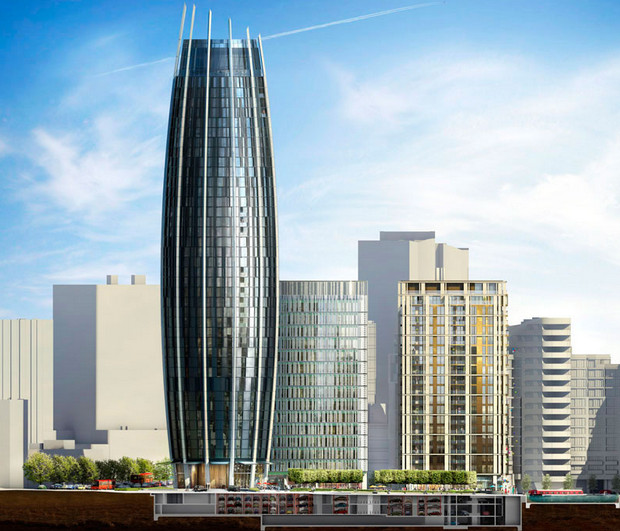 Set to be the tallest building in Westminster, the upcoming skyscraper will soar 140m above its (ahem) “vibrant Paddington neighbourhood.”

The social housing-free development will include 222 pricey residential units, all “intelligently designed for contemporary living,” with a “chic” 90 room boutique hotel on the ground and lower floors, and lifts ascending to a “magnificent sky bar.” 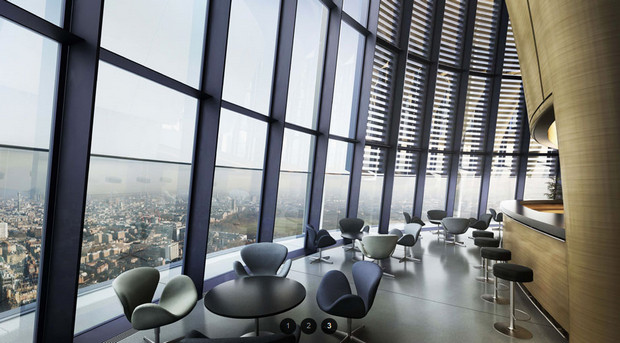 The development intends to bring “another garden square to London,” complete with a ‘captivating water maze’, with the glossy website extolling the virtues of a “truly unique opportunity to experience the height of luxury living in an iconic waterside building minutes from Hyde Park and the West End.”

Designed by Robin Partington – that’s the same fella who created the Carbuncle Cup winning Strata in Elephant and Castle – the approved design has not won universal acclaim.

Listing it in their top ten of worst London skyscrapers, the Guardian said that “this plump cousin of the Gherkin (in which Partington also had a hand) appears to be bursting out of its corset of “white porcelain ribs”, which overshoot the penthouse skybar to form a tacky tiara on the skyline.”

The building is expected to be completed in 2016. What do you make of it?