Just eleven months after the urban75 forums registered its 11,000,000th post, the Brixton-based, community-funded bulletin board has now notched up its 12 millionth user post. 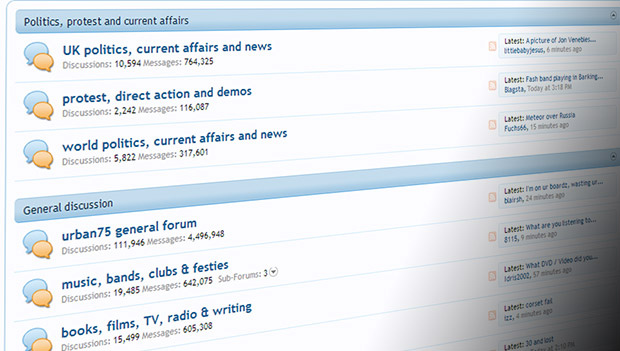 The original forums date back to 1996, although they were rather basic affairs running on steam-powered Perl/CGI-powered scripts that formed an irresistible magnet for unhinged posters to try and mess up.

Over the years we switched bulletin board software several times,  moving to the excellent XenForo software in August 2011.  The current post total is actually considerably lower than the actual figure, as in the past we had to delete hundreds of thousands of posts to conserve precious server space.

The bulletin boards are -rather unusually – totally funded by users who donate anonymously (and thus get no added privileges). Here’s to the next million posts!