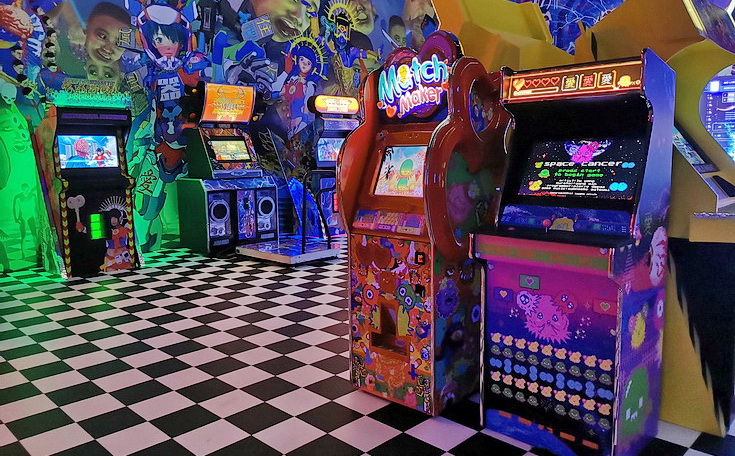 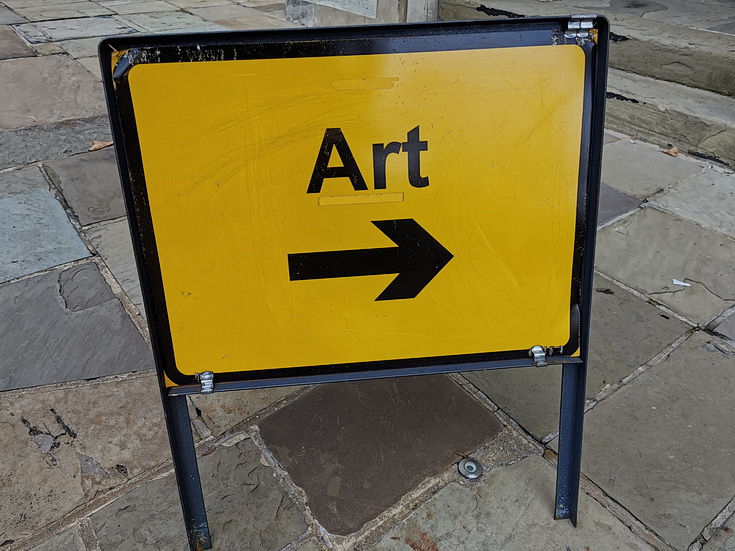 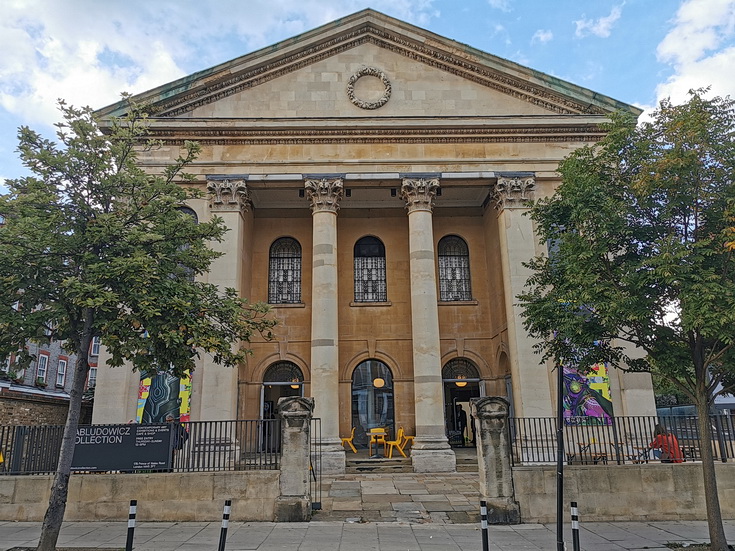 The Zabludowicz Collection says that it is a “private art collection with a public ethos.” 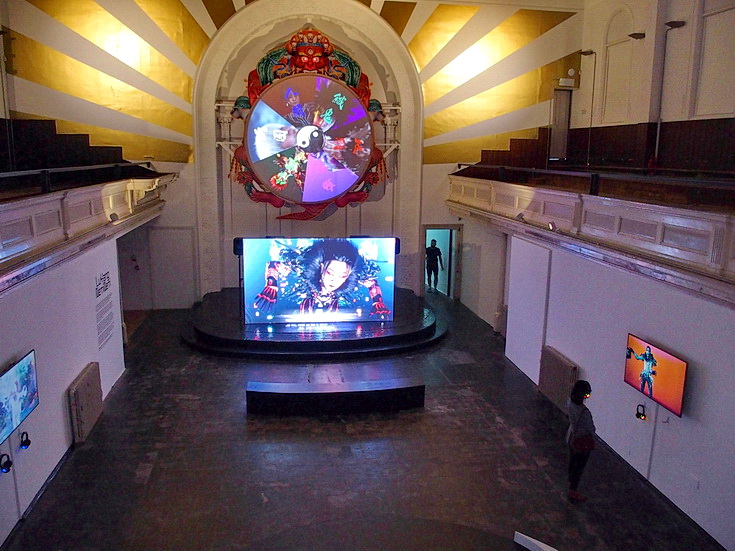 The press release for the exhibition says:

Enter the disorientating and darkly humorous worlds created by multimedia artist LuYang (b. 1984, Shanghai) for their first UK solo exhibition. Immersed in the cultures of anime, videogames and sci-fi, LuYang combines Buddhism, neuroscience and digital technology to investigate the mysteries and mechanics of the human body and mind.

The title LuYang NetiNeti incorporates the Sanskrit expression ‘neti neti’, meaning ‘neither this, nor that’. The Main Hall focuses on the artist’s own avatar, DOKU, created using CGI animation and by motion-tracking the movements of dancers. The six versions of DOKU that exist to date correspond to the six paths of Buddhist reincarnation: Hell, Heaven, Hungry Ghost, Animal, Asura and Human.

DOKU – Binary conflicts invert illusions is a new video commissioned by Zabludowicz Collection. It features the characters Heaven and Hell engaged in a dance on a yin yang symbol, leading to the formation of a new hybrid DOKU character, the binary god.

Presented on a large screen on the altar, DOKU the Self follows a version of LuYang on a passenger aeroplane moving through numerous states of perception. The narrator contemplates the concepts of reincarnation, consciousness, and our understanding of ‘the self’.

Our Back Gallery has been transformed into an interactive games arcade, with the ambitious Material World Knight project at its centre. Characters from LuYang’s earlier works appear, accompanying you on a philosophical quest through techno-psychedelic realms.

The Middle Gallery screening room presents a selection of LuYang’s key video works, made in collaboration with J-pop idols, music producers and scientists.

Entertaining, thought-provoking and sometimes grotesque, LuYang’s fantastic spaces don’t shy away from exploring human mortality and the nature of reality itself. 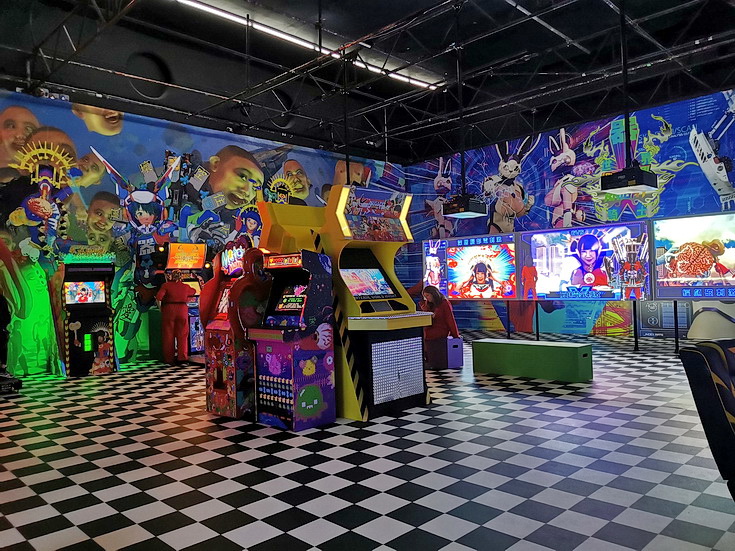 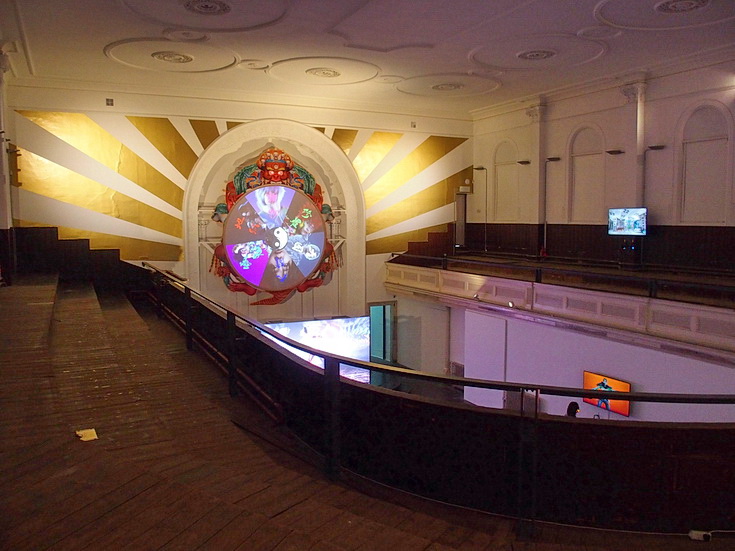 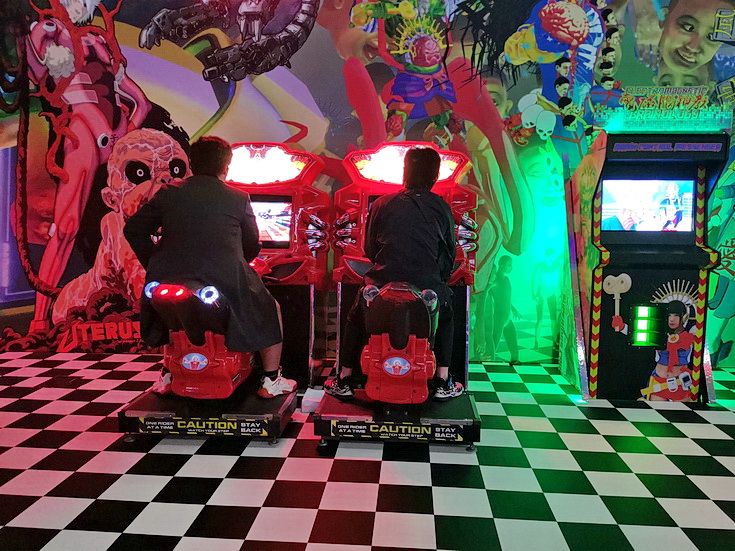 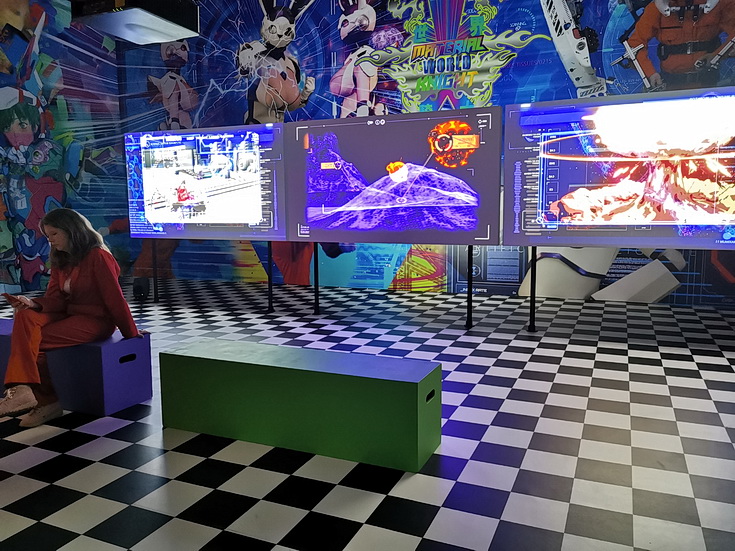 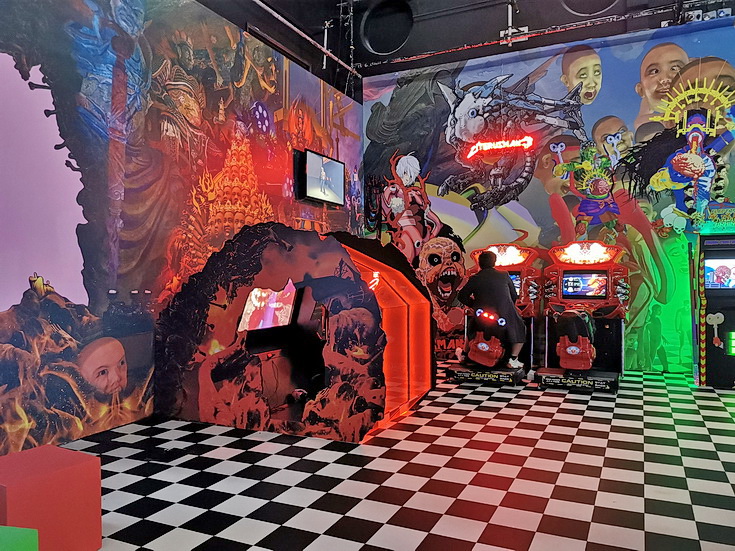 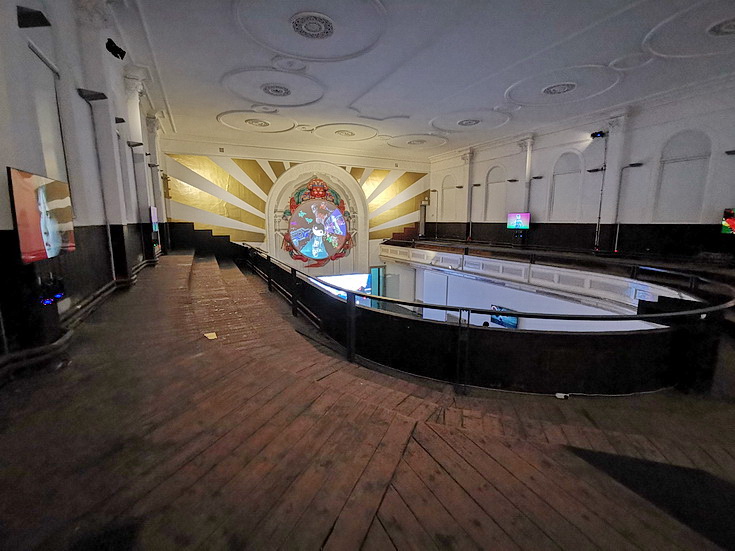 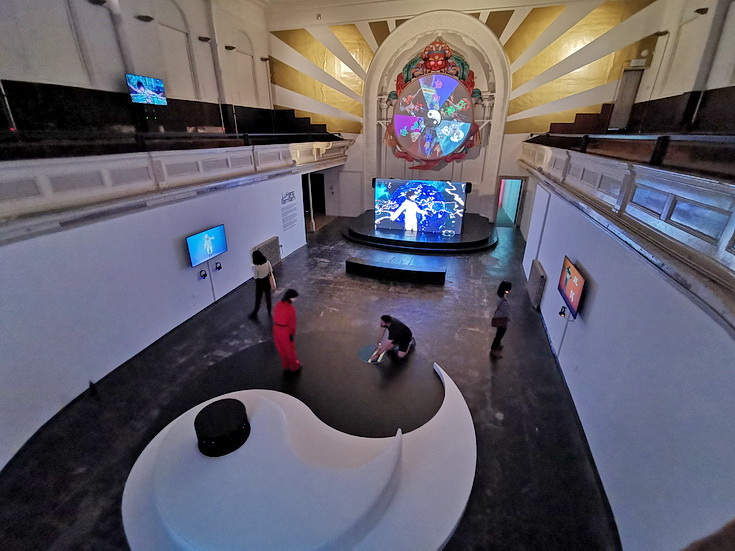 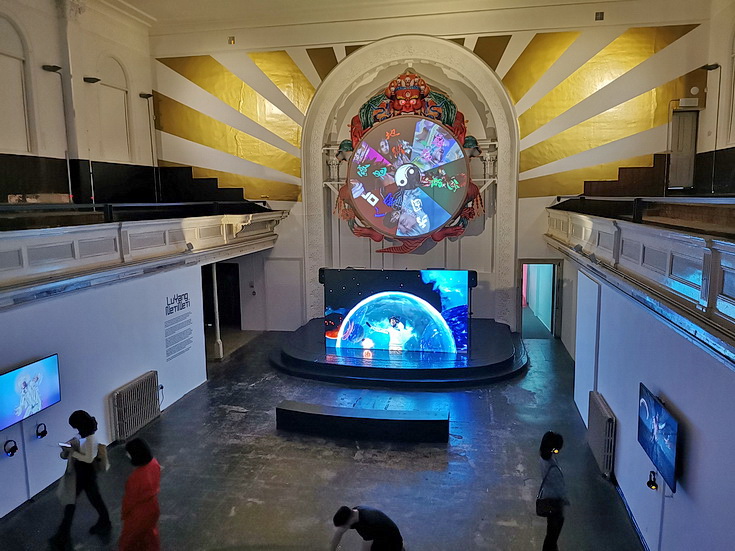 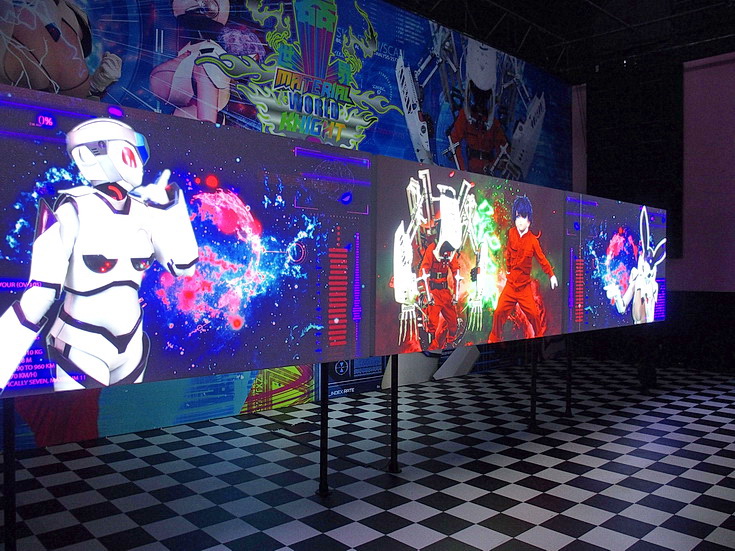 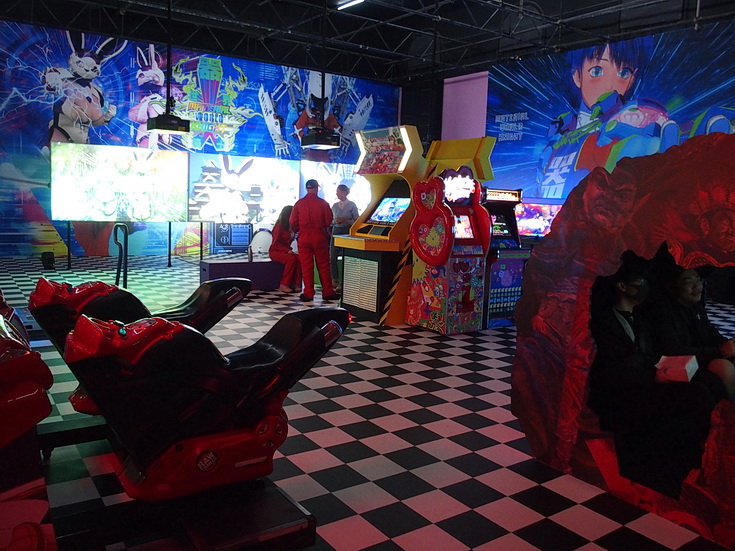 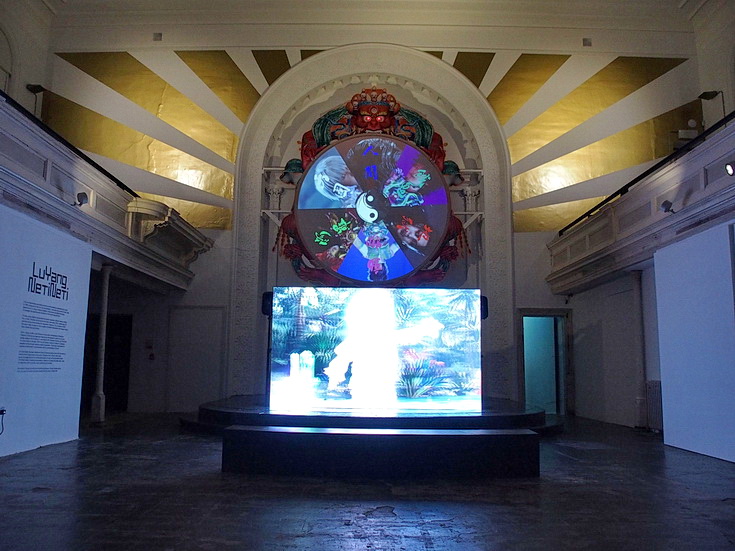 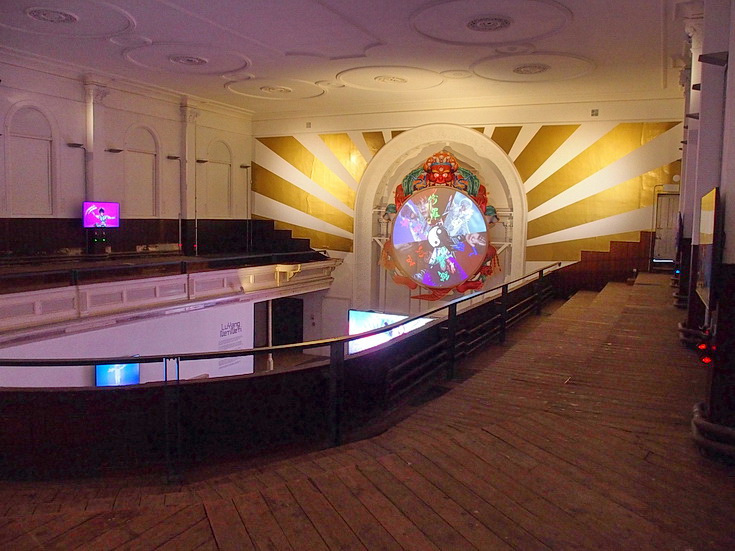 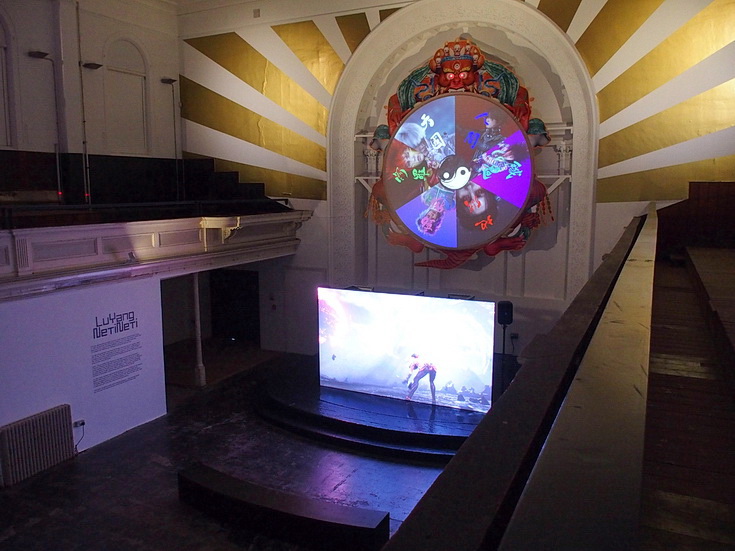 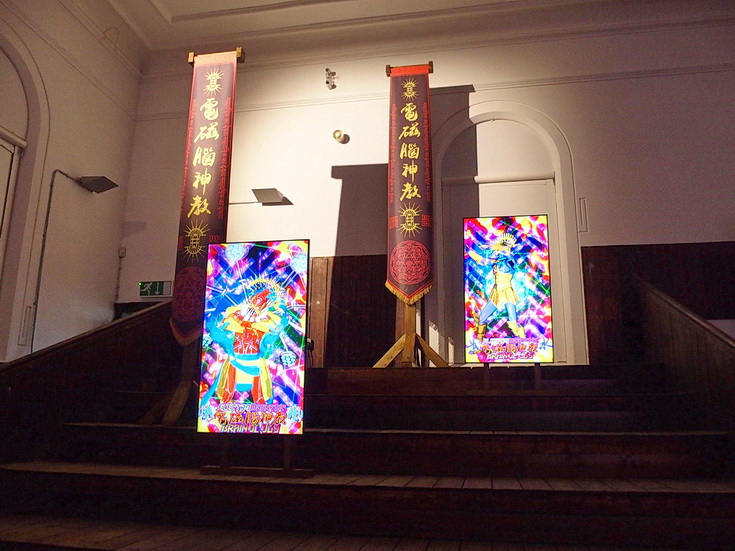 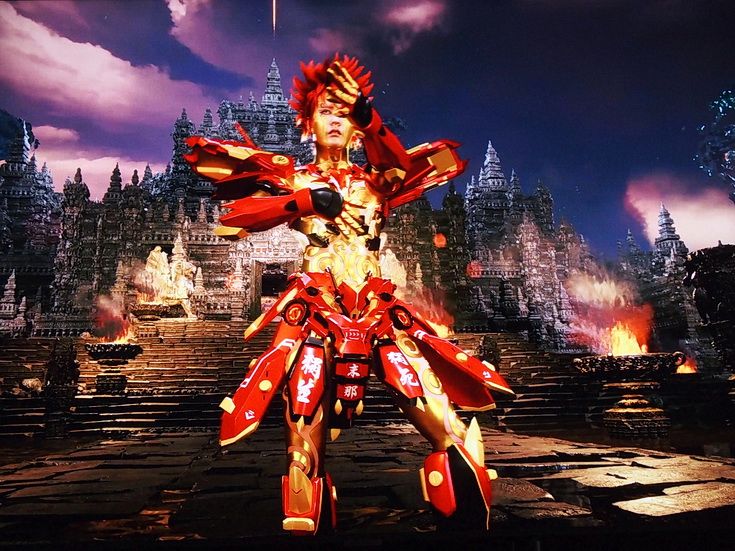 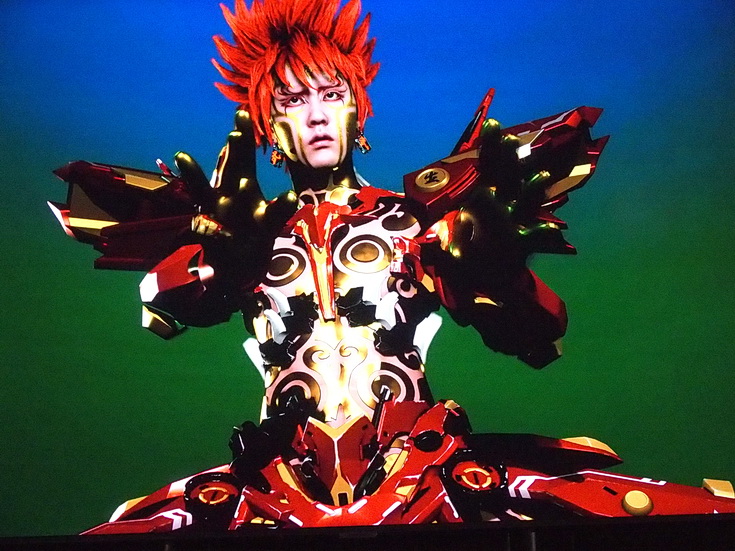 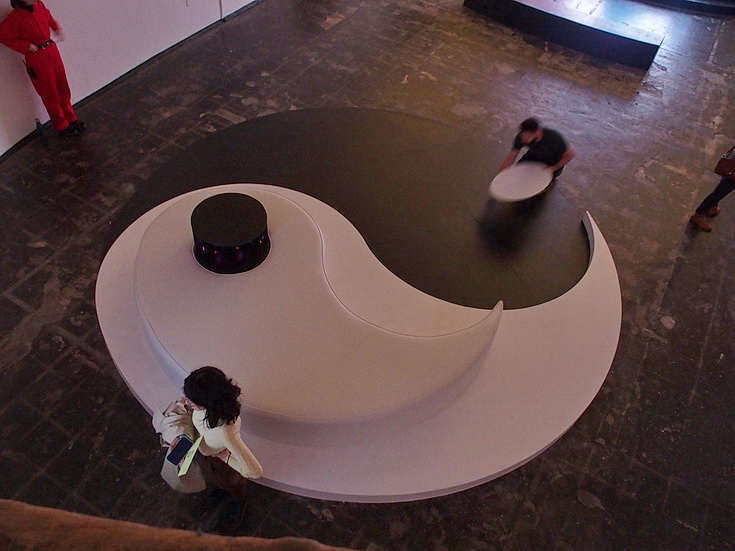 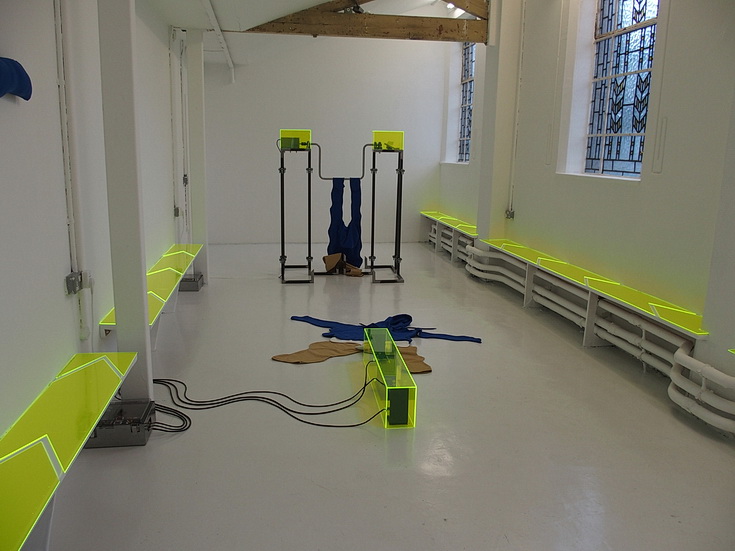 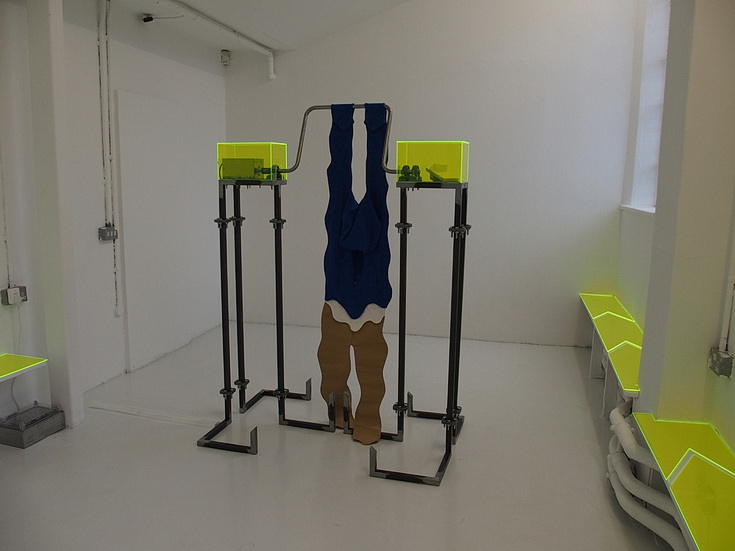 Note: Please be aware that the exhibition contains flashing lights, loud noise, and themes and images some viewers may find distressing. Under­–14’s must be accompanied by an adult, and young children should be supervised at all times.

Update: It was only when researching the gallery we discovered that  art workers in 2021 had been calling for a boycott of the gallery over the organization’s “continued complicity in the ongoing colonization and occupation of Palestine, and of apartheid policies against Palestinians.”