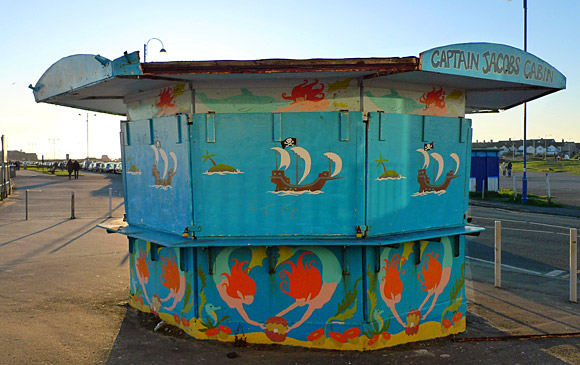 Built on an old ballast tip, the amusement park at Coney Beach in Porthcawl, south Wales, dates back to to April 1920, when its first attraction arrived in the shape of a second-hand Figure Eight wooden roller coaster that initially ran inside an old World War I aircraft hangar.

That attraction managed to soldier on until July 1981, and over they years had been joined by a bandstand, an outdoor and indoor skating rink, three cinemas, a Pierrot stage, and donkey and pony rides on the beach. 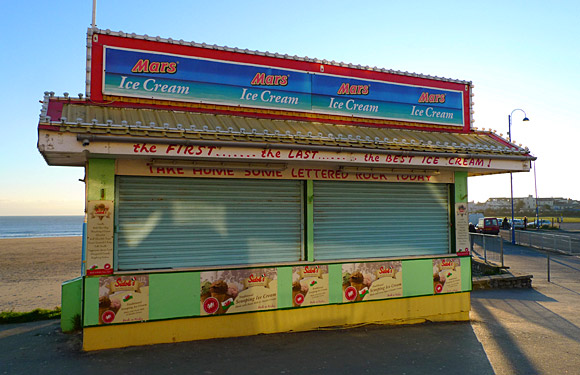 “The FIRST, the LAST, the BEST ICE CREAM!” 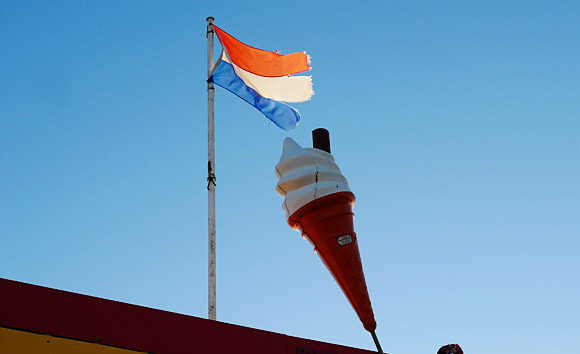 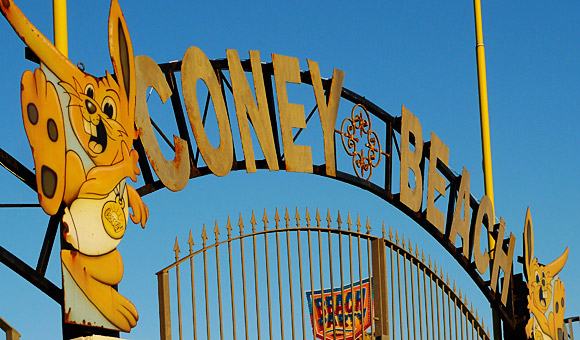 During the 50s, 60s, 70s and 80s Porthcawl proved a sizeable tourist attraction – as a kid I can remember taking several rides on the Water Chute , which was finally demolished in 1995, and the beach was always packed.

Coney Beach can also claim to be the unlikely venue for one of the most notorious boxing matches, when ‘Blackpool Rock’ Brian London faced Newport’s Dick Richardson at the 12,000-seat Coney Beach Arena situated in the fairground – a venue described by Sir Henry Cooper as “a dump”.

The chaos that ensued is described in this BBC feature:

The bout between the two fiery characters was predictably bad tempered, and heated up even further at the end of the seventh when London was cut by what he claimed was a head-butt.

The Englishman appeared to drive at his opponent before the bell had even sounded to herald an out-of-control eighth round, the furious London shouting continuously at Richardson as he tried desperately to knock out his opponent.

Heads, fists and elbows continued to clash, further bloodying London’s features, and at the end of the round referee Andrew Smyth stopped the challenger because of his cuts.

And then the carnage really began.

London threw a punch at Richardson’s trainer Johnny Lewis, sparking a shocking mass brawl between the seconds from both corners, including London’s father – former British and Commonwealth heavyweight champion Jack.

The referee, ring announcer and spectators were sucked in, before the melee was eventually broken up by the police.. 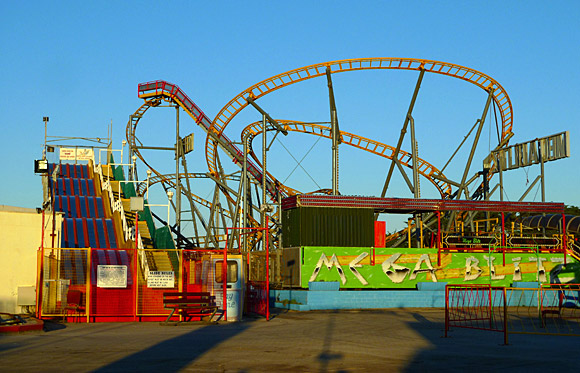 After two decades of decline, there’s not a lot left of the fairground now, as you can see from this December 2008 view. 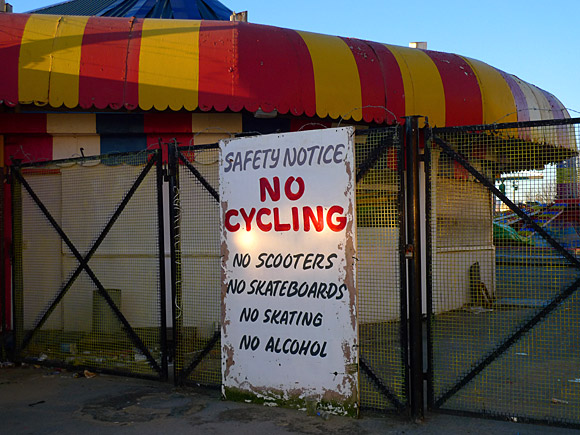 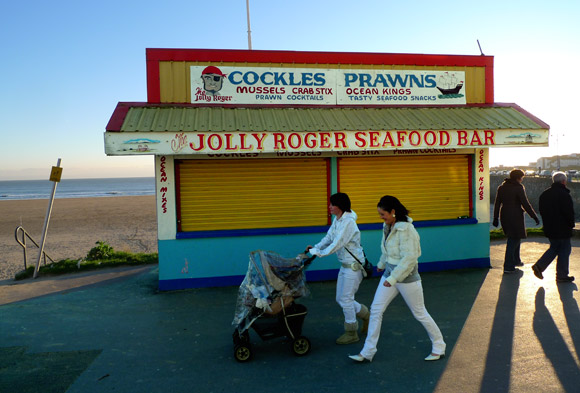 Like its namesake in New York, the future of Porthcawl’s amusement park remains uncertain, but for now let us raise our 99 ice cream cones and toast its 90th birthday. 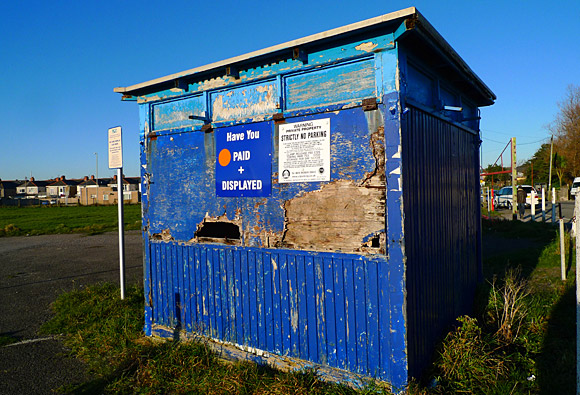 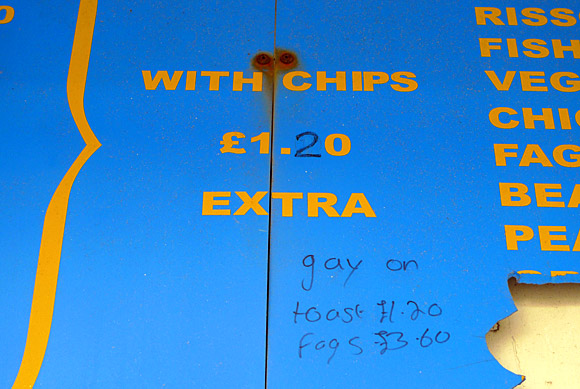