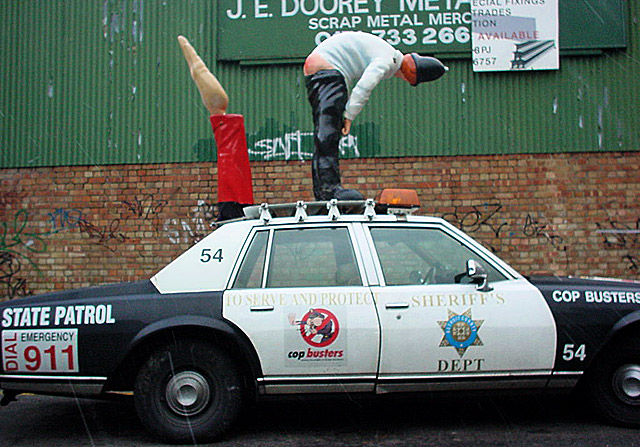 I’d completely forgotten about this crazy American cop car that used to be parked on Valencia Place in Brixton.

Stuck on the top of the car was a large model of a policeman bending over with his trousers down, with an oversized hand ready to redden its already-glowing arsecheeks even more. 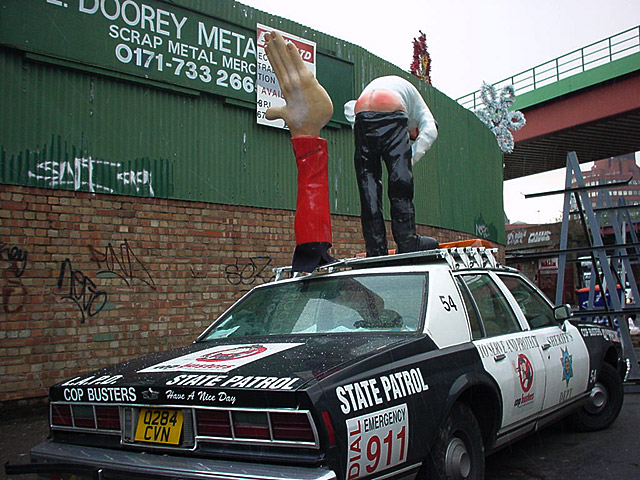 The car was used to draw attention to some long running protest against the police, and it could often be seen driving around town with its companion vehicle: a huge pink tank with a policeman stuck on the end of its gun turret! 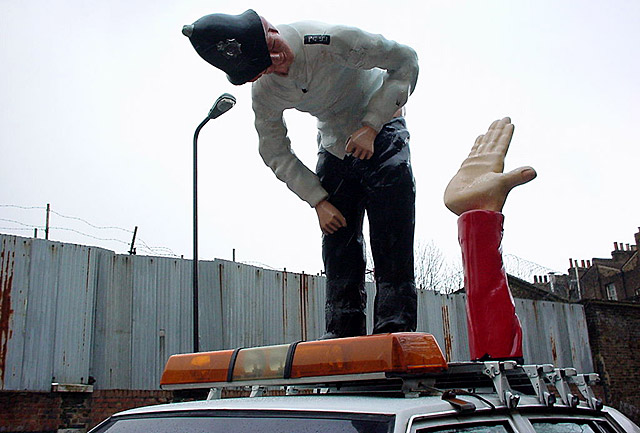 The Copbusters car stayed around Brixton for a while, but I’ve not seen it since these photos were taken in early 2001. Anyone know anything about what happened to it – or what their campaign was all about? 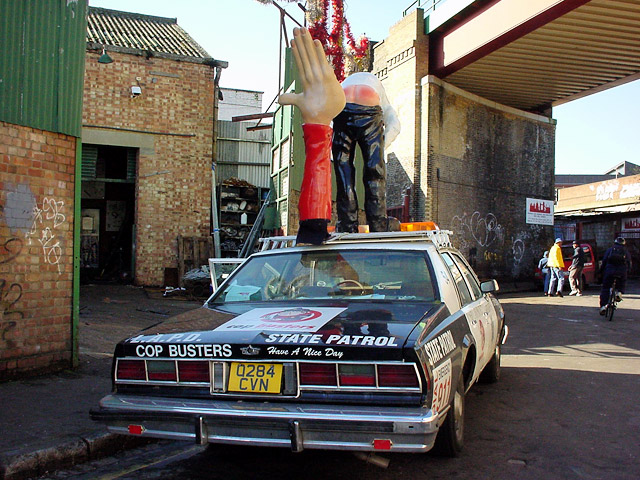