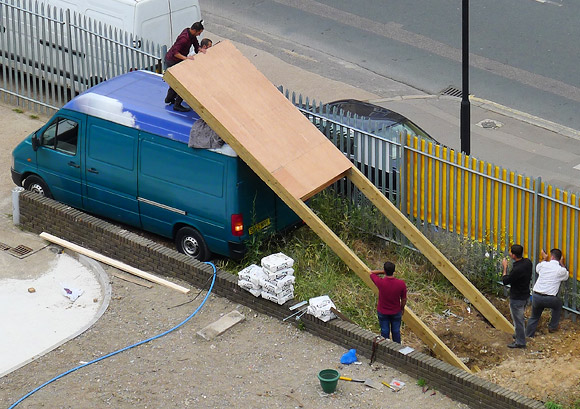 Long term residents of Coldharbour Lane, Brixton have watched with some dismay as the site of the old Texaco garage has been employed for all manner of ad hoc activities over recent months. 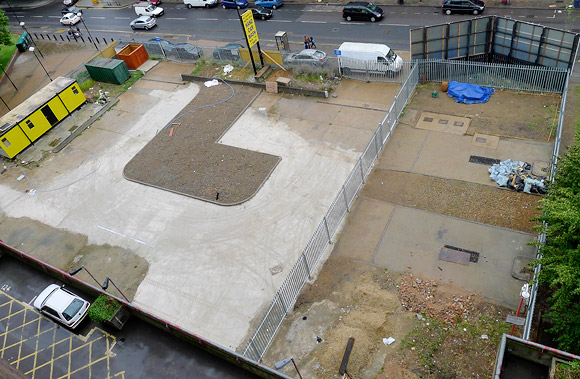 Apparently keen to model the premises on Guantanamo Bay, the new owners have added even more high security fencing on the site, although quite what needs such high-security protection is anyone’s guess.

Mind you, it does rather blend in with the large billboard that was illegally erected some time ago. 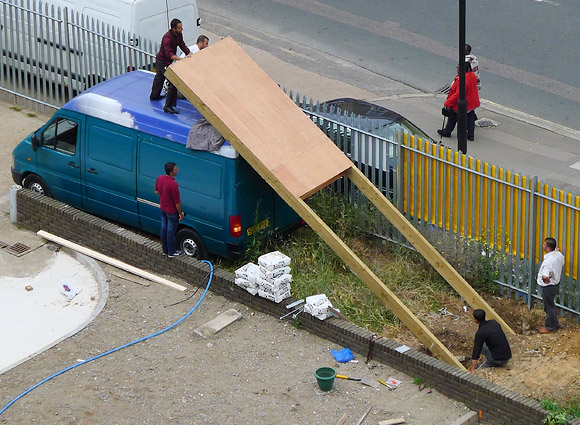 One thing that has remained a constant over the lifetime of this site, is that any job that gets done here, gets done on the cheap.

Here you can see the owners trying to push their home-made sign into the base they’ve dug up by reversing a truck onto it. 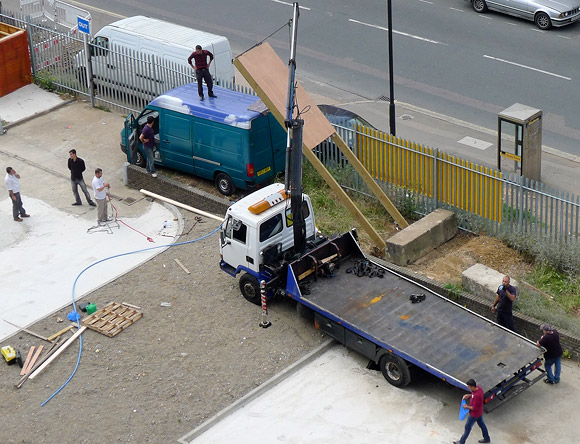 After several hours of relentless failure, they decided to abandon their hopelessly inept idea and hire a truck in to do the job properly.

Once the sign was lifted into place, concrete was poured into the foundations and a large chunk of concrete placed next to the legs . 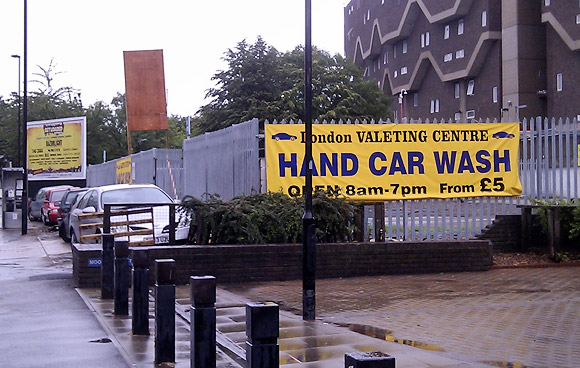 After days of work, the sign doesn’t even stand straight, noticeably lurching to the left – becoming the Leaning Billboard of Brixton, if you will. 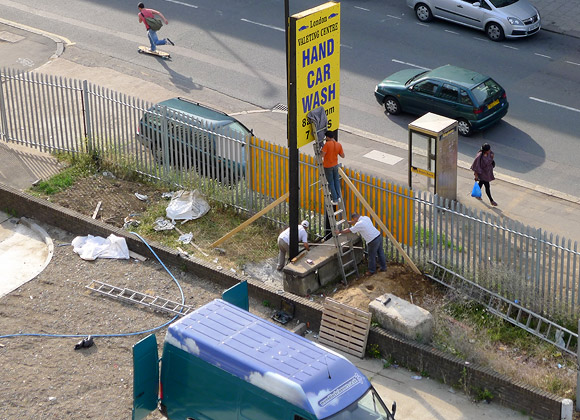 The following day saw the garish yellow plastic sign being stuck on. It’s going to be a ‘valeting centre.’ How very posh. 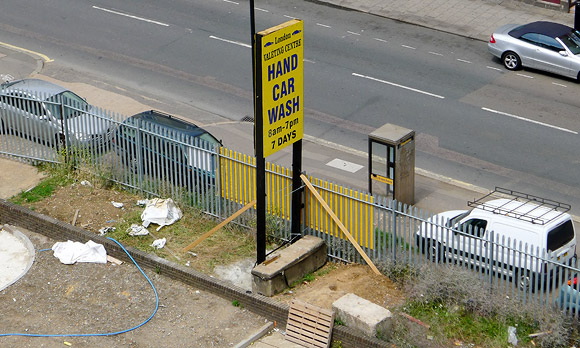 And here’s the sign in all its wonky glory, held in place by a large concrete block and bits of wood and strapped to the fencing, just in case. Isn’t it a delight to behold?