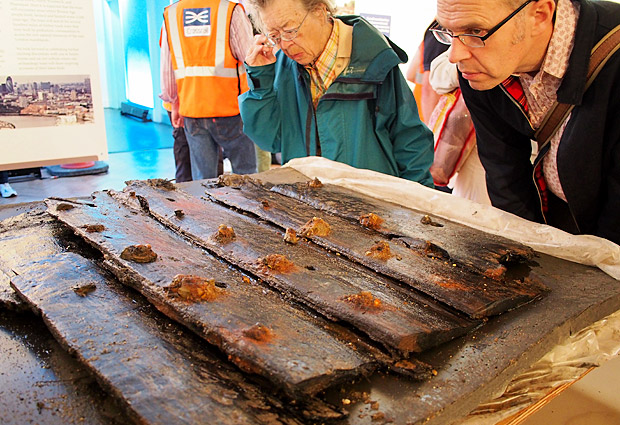 Put on for one day only was Crossrail’s, ‘Bison to Bedlam’ archaeology exhibition, which showed off some of the artefacts unearthed during the excavations for the cross-London rail project.

Above is a section of a ‘clinker’ boat uncovered near Canning Town.  Dating from the 13th to 15th centuries, the boat was probably used for transporting building materials, hay and wool up and down the Thames to London. 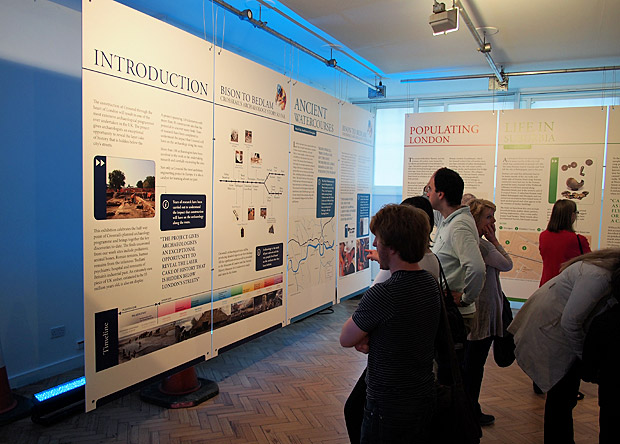 Hosted at the Music Room near Bond Street, a fair bit of work had gone into putting on the free one-day show, which featured key discoveries like prehistoric animal bones, Roman finds, human remains from the infamous Bedlam psychiatric hospital and remnants of Britain’s industrial past.

The oldest discovery thus far has been bison remains found at Royal Oak, which date back to around 68,000 years old. 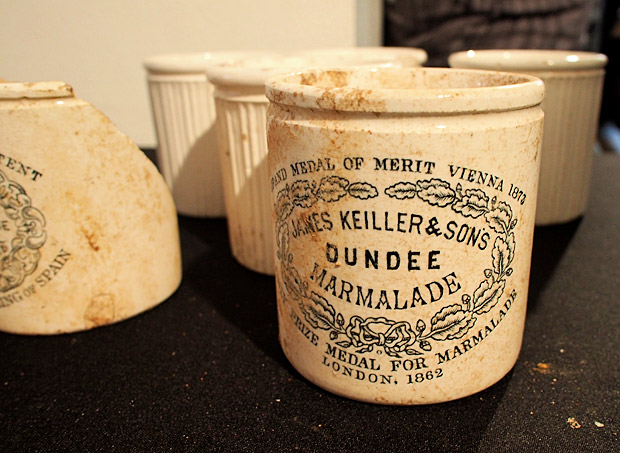 Excavations in Soho unearthed a large number of bottles and jars from the old Crosse and Blackwell store which later became the (now sadly demolished) Astoria theatre in Charing Cross Road.

A large storage cellar which had been bricked over in the stores produced what was thought to be the “largest discovery of late Victorian and early Edwardian jars in the country.”

Some of these are now on display in the Museum of London. 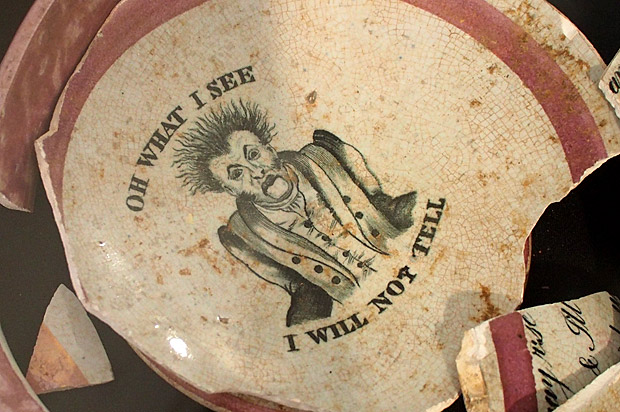 My favourite piece was this playful chamber pot uncovered at Stepney Green, which dated back to the 19th century.

The inscription on the side reads, “When in it you want to piss, remember they who gave you this” with a cartoon of a shocked man inside. 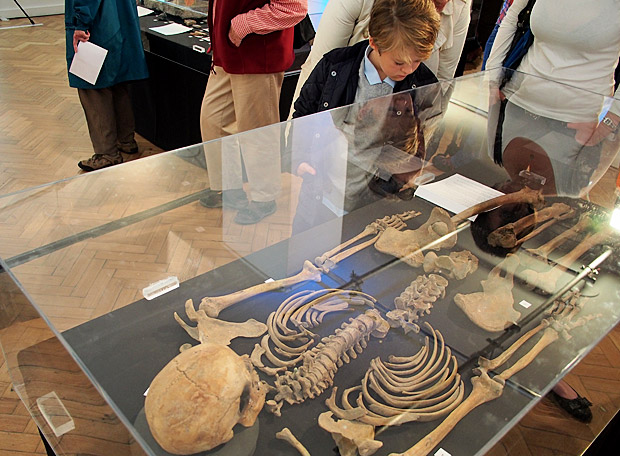 One of over 4,000 skeletons found beneath Liverpool Street station.

The bodies were buried between 1247 and 1815 in the burial ground of Bethlem Royal Hospital, with this poor chap calculated to have lived a life of strenuous manual labour and only reaching the age of 25 when he died. 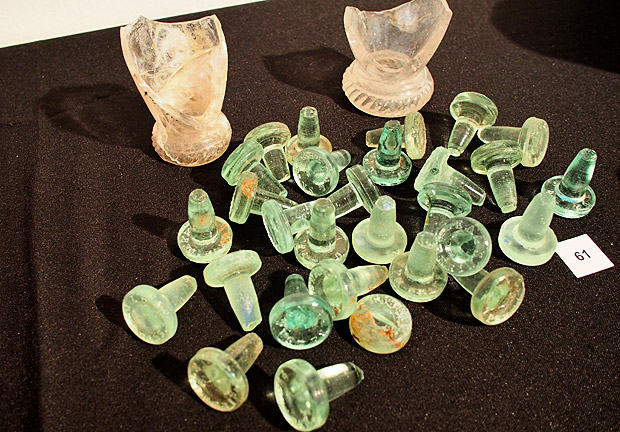 Some of the 19th-20th century glass sauce bottle stoppers from Cross and Blackwell stores. 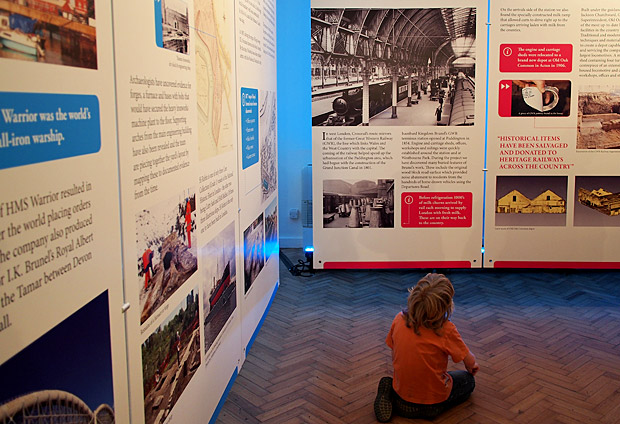 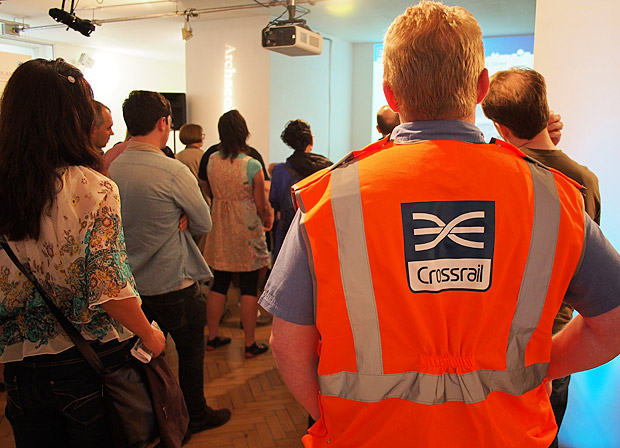 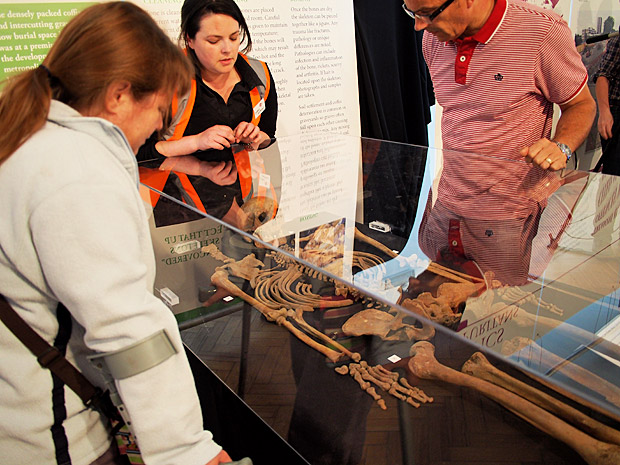 Archaeologists were on hand to explain the finds.

One Comment on “Crossrail archaeology exhibition in London – Bison to Bedlam”