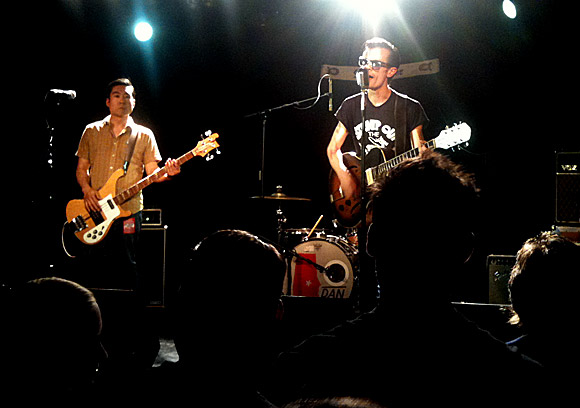 It’s always a risky business taking to the stage in dark glasses, but Dan Sartain just about pulled it off last night.

In case you’ve no idea who the fella is, he’s an American rock’n’roller from Birmingham, Alabama, serving up some rather delightful slices of lo-fi rockabilly and blues.

We saw him play at the Garage in Highbury and Islington, north London (or rather the daft-sounding ‘Relentless Garage,‘ as it’s now named after its energy drink sponsor). 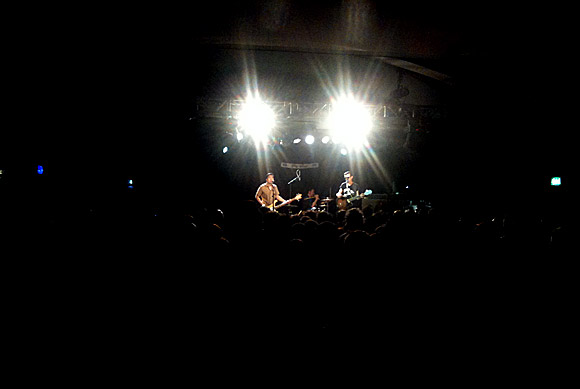 The Garage is another satellite venue of the awful Mean Fiddler’s empire and it’s a bit of a soulless affair with a high barrelled roof, security everywhere and a pervading ‘newness’ that makes it feel more like a conference facility than a rock’n’roll venue.

Unless the place is packed the sound is pretty awful – in fact, the sound isn’t even very good when it’s full, unless you go right up to the front (where it sounds fantastic).

Support act the Fabulous Penetrators seemed to get a bit lost in such a large venue, although I have it on good authority that they sound sensational in small, sweaty nightclubs.

The first band on – whose name I didn’t catch – suffered dreadfully as a result of going on early when the hall was still empty and the sound a truly horrendous booming, echoey mess.

Their charisma-challenged appearance and sound didn’t invite a closer look, so it’s probably best I don’t try and find out who they were. 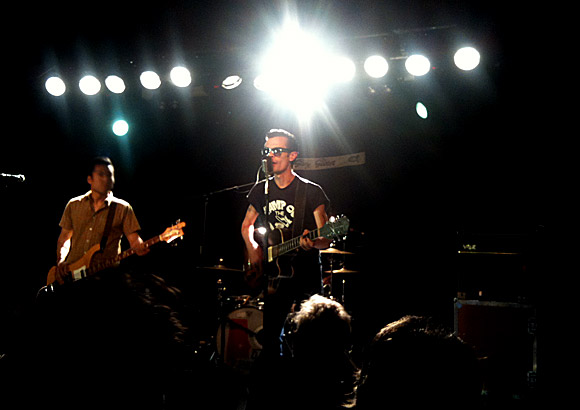 Apologies for the shonky quality of the photos, by the way.

They were taken on my soon-to-be-retired iPhone 3GS – I have high hopes that the HTC Desire will  do a better job.

Joan As Police Woman at the Lexington, north London – review