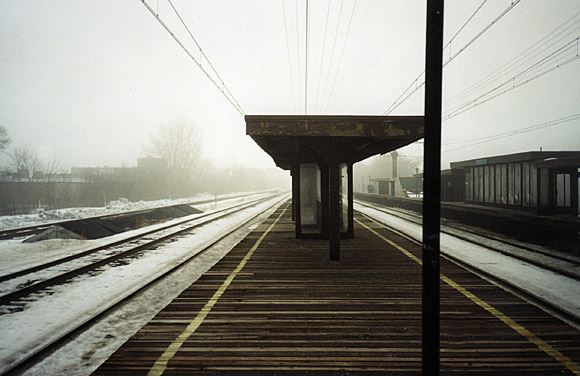 After a lovely long walk across snow-covered parks and – unwittingly – over a frozen lake or two, I decided to catch the train back to my hotel in the centre of Chicago.

I waited on a deserted 57th Street station for nearly an hour, taking in the chilly air and listening to some suitably wintry and melancholic sounds on my MiniDisc player (remember them?!).

On the playlist would have been the stunningly beautiful ‘Glow’ album by the Innocence Mission, ‘Closing Time’ by Tom Waits and ‘Steve McQueen’ by Prefab Sprout. And probably equally introspective tunes by the likes of The Sundays, The Smiths, Cocteau Twins, Blue Nile, Kate Bush, Radiohead, The Bible and Aztec Camera. 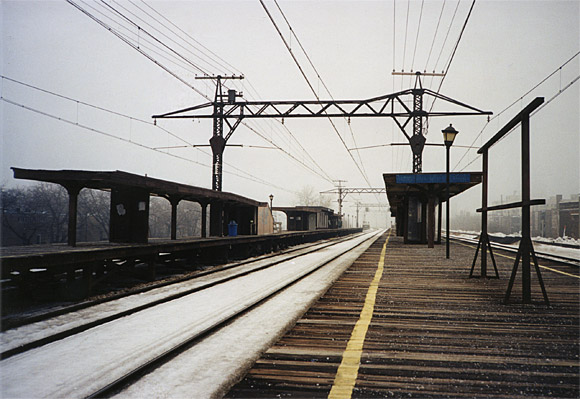 According to Wikipedia, the 57th Street Station serves the Metra Electric Line north to Millennium Station and south to University Park, Blue Island, and South Chicago; and the South Shore Line to Gary and South Bend, Indiana.

On the Metra Electric Line, the station is called 55th-56th-57th Street; on the South Shore Line, it is called 57th Street (Hyde Park).

It’s close to the Museum of Science and Industry – which I’d visited earlier – and the University of Chicago, where I’d grabbed a warming coffee before heading off to the station. 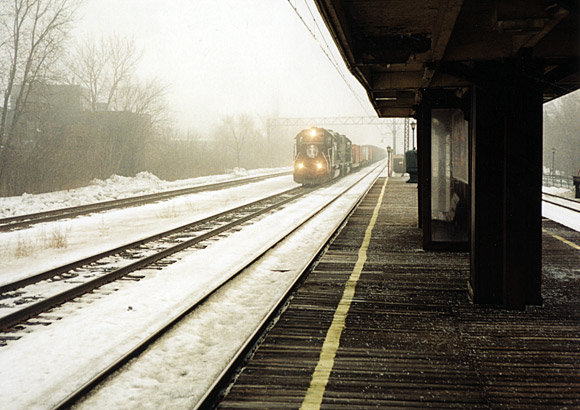 A freight train rumbles through the station, catpured on my little Olympus XA compact 35mm camera. I loved the tumble-down look of this old station, but it’s all changed now, with the old wooden platforms from the 1920s being replaced with concrete platforms in 2002. 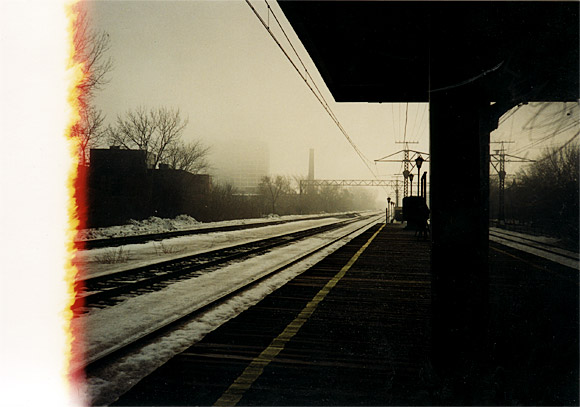 The last photo on my reel of film had this cool ragged red streak down the side. It’s my favourite picture of the lot!

(*Oh, and to the not-so-many Innocence Mission fans out there – their new album is scheduled for a June 2010 release. Can’t wait!)