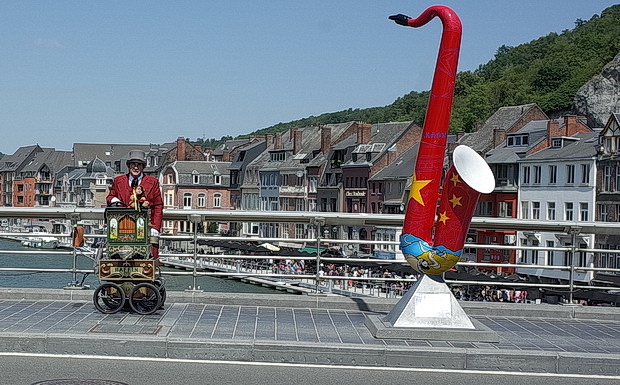 Travelling back from the splendid P’Tit Festival, we had a 50-minute wait for our rail connection at Dinant, so I hotfooted it around the town and grabbed some snaps. 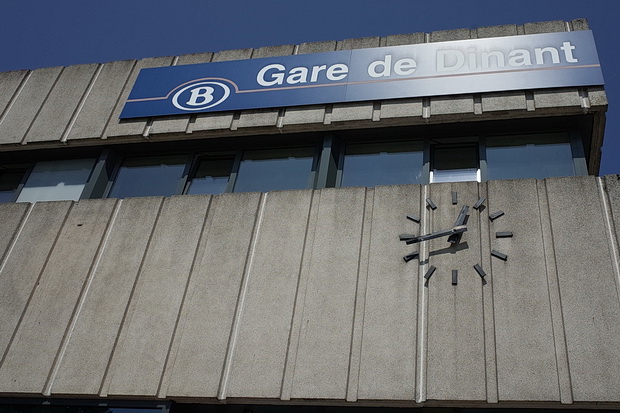 Dinant is located on the River Meuse, in the Belgian province of Namur, and sits underneath a high rocky outcrop. 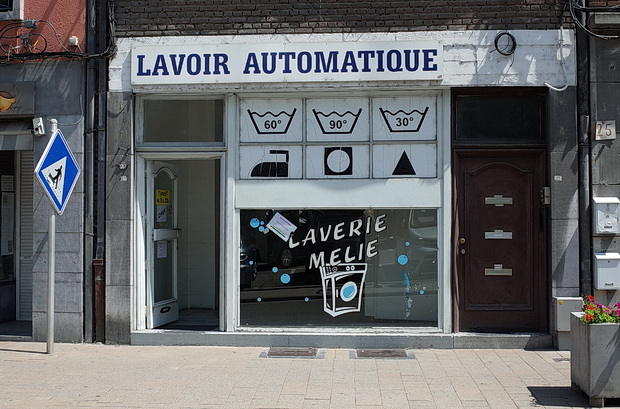 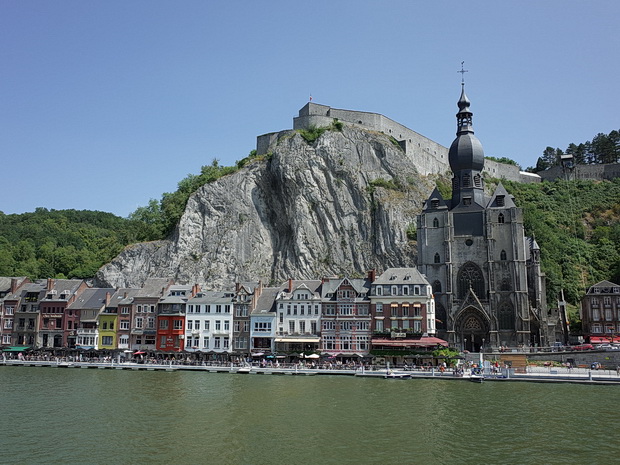 The citadel stands atop the cliff face, while below can be seen the onion-domed church of Notre Dame. 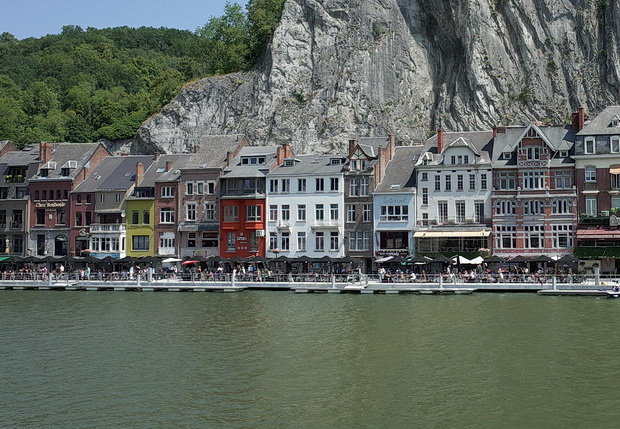 Populated from Neolithic, Celtic, and Roman times, the prosperous town has seen more than its fair share of battles and pillaging, and found itself stuck in the middle of  the 16th and 17th centuries wars between France and Spain. 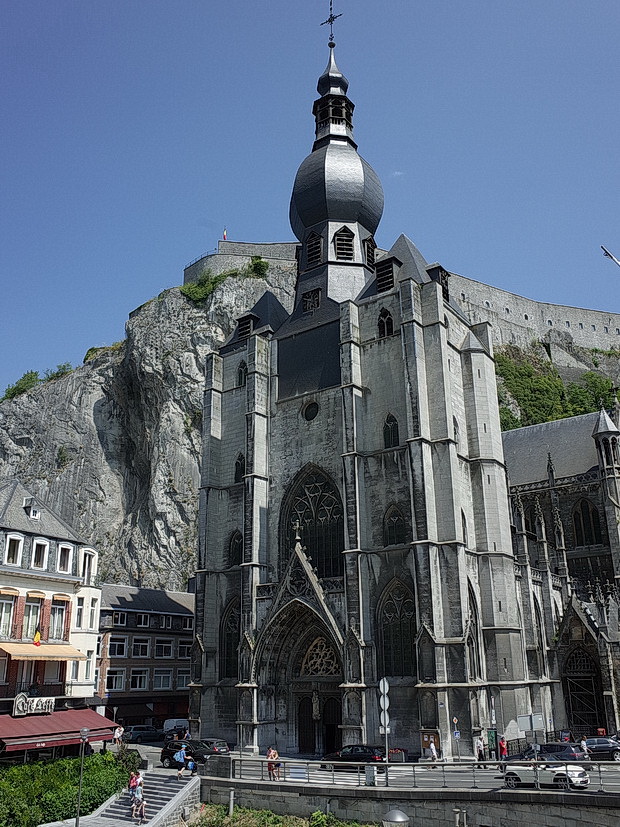 Tragedy was to visit the town once again in World War 1:

The city suffered devastation again at the beginning of the First World War. On the 15 August 1914, French and German troops fought for the town in the Battle of Dinant (1914), among the wounded was Lieut. Charles de Gaulle.

On 23 August, 674 inhabitants were summarily executed by Saxon troops of the German Army — the biggest massacre committed by the Germans in 1914. Within a month, some five thousand Belgian and French civilians were killed by the Germans at numerous similar occasion [—] 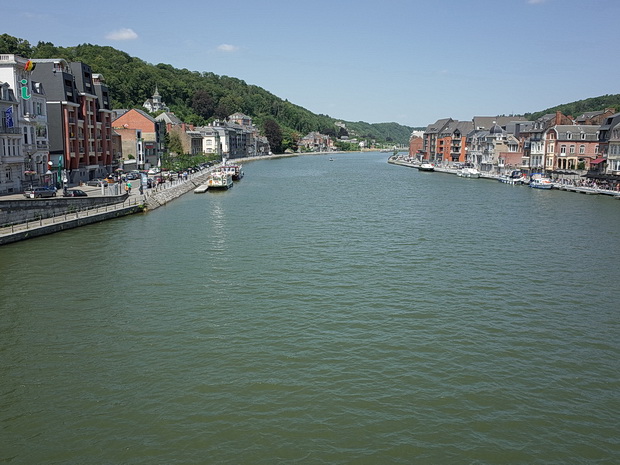 Happily, today the town makes a healthy living as a base for the tourist industry on the rivers Meuse and Lesse.

Here’s some more snaps from my brief visit: 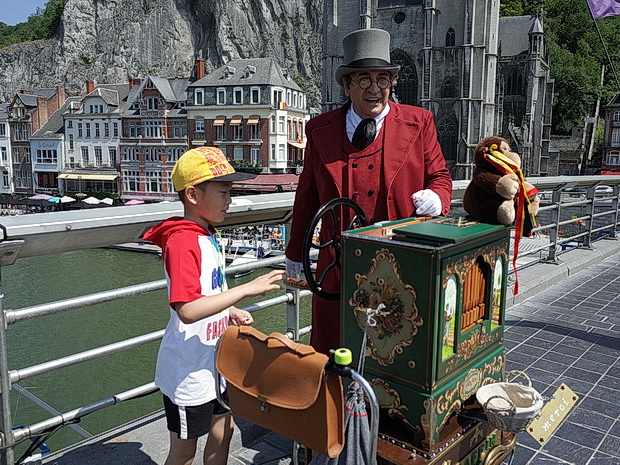 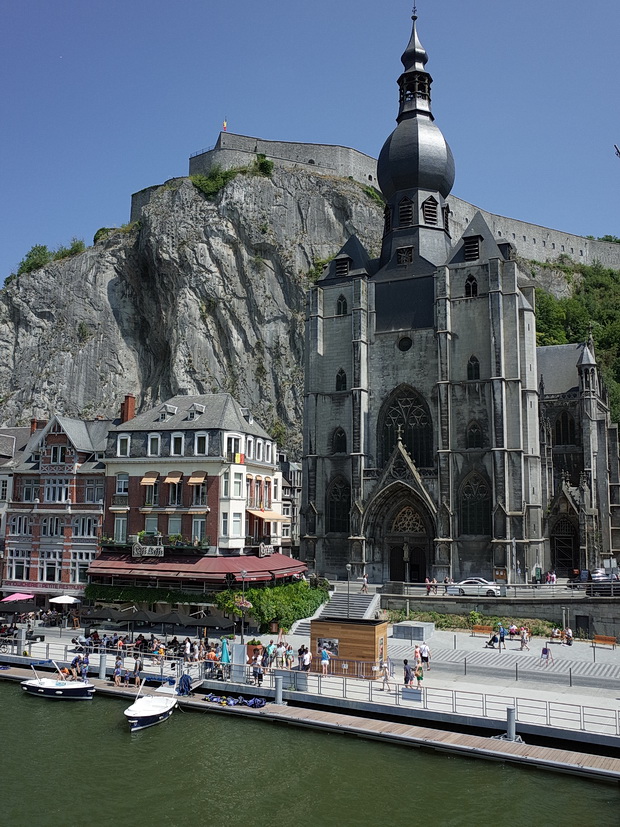 Dominating the town is the Collegiate Church of Our Lady church, a 13th-century Gothic cathedral  on the banks of the River Meuse.

The collegiate church replaced a 10th-century Romanesque church which collapsed in 1228, leaving only the North door. Its most iconic part is the separate 16th century pear-shaped bell tower. 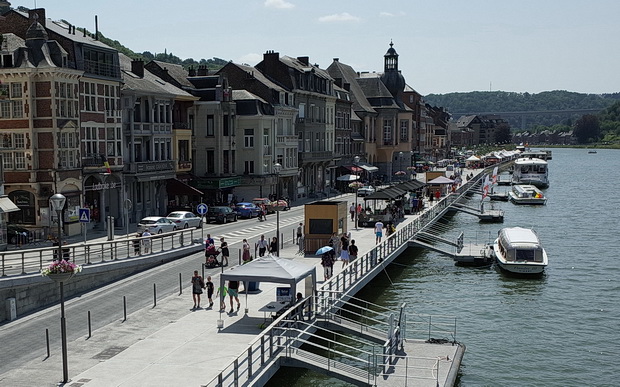 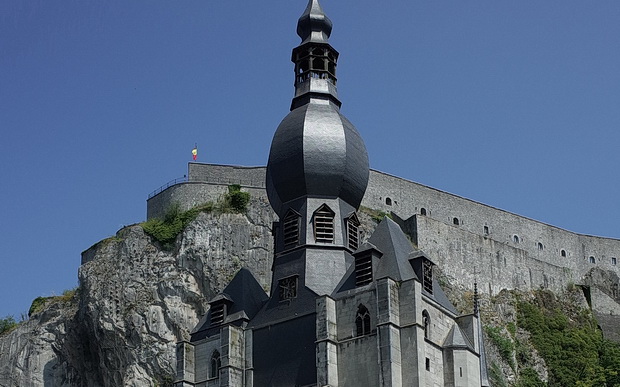 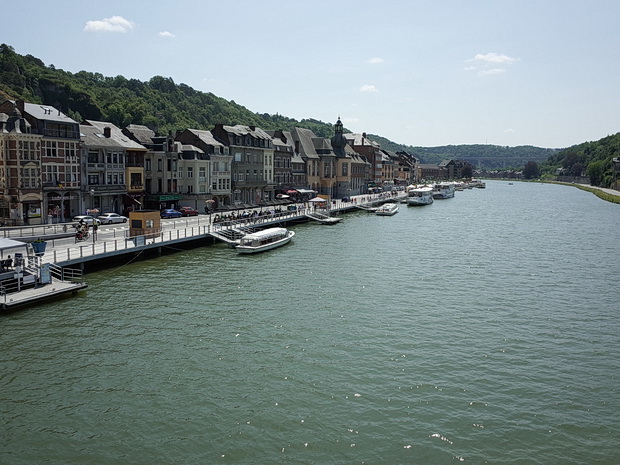 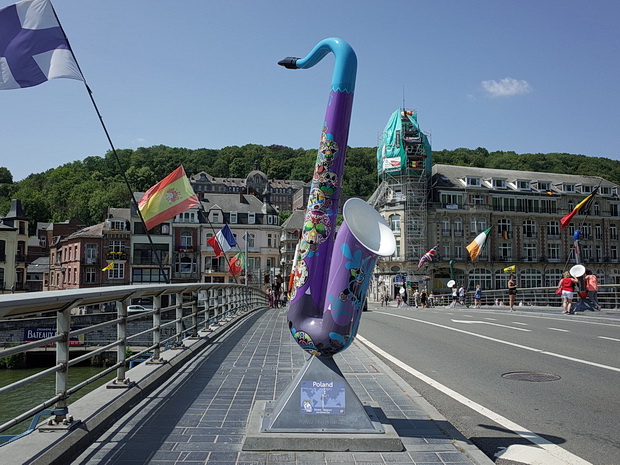 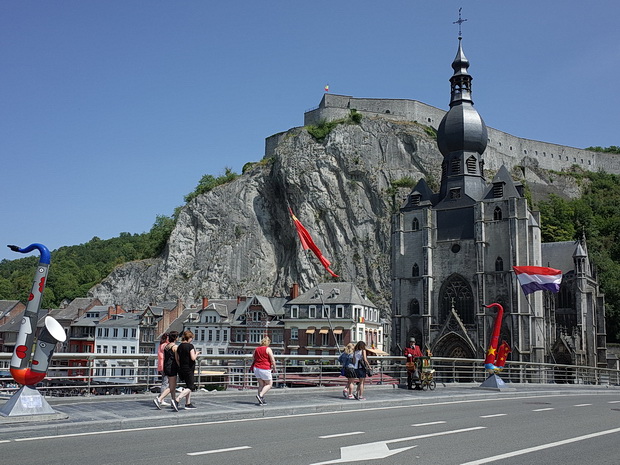 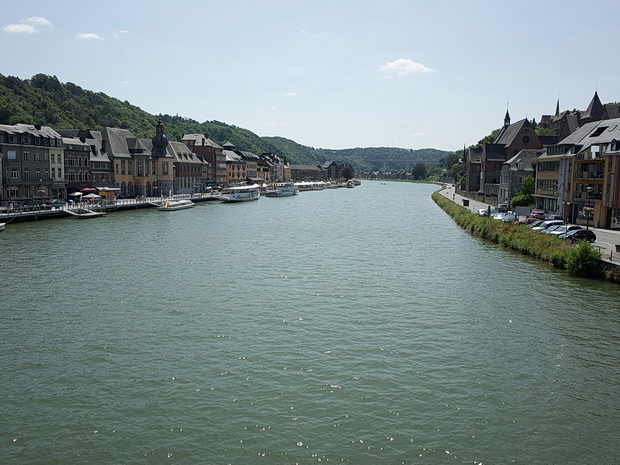 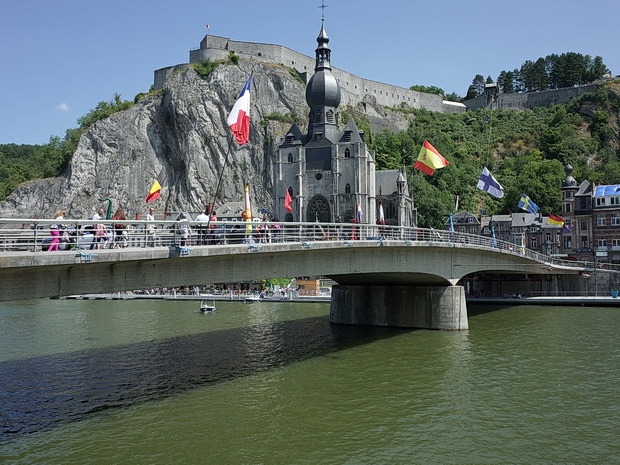 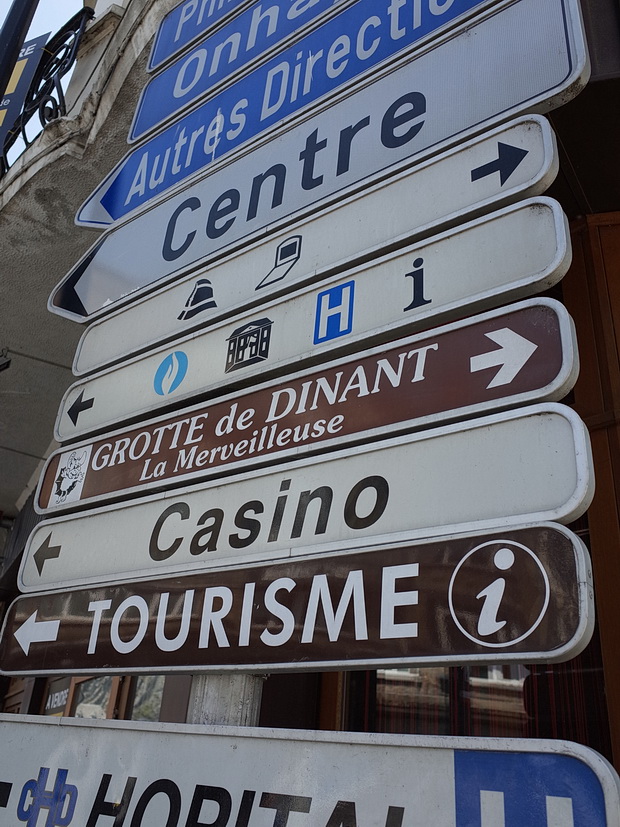 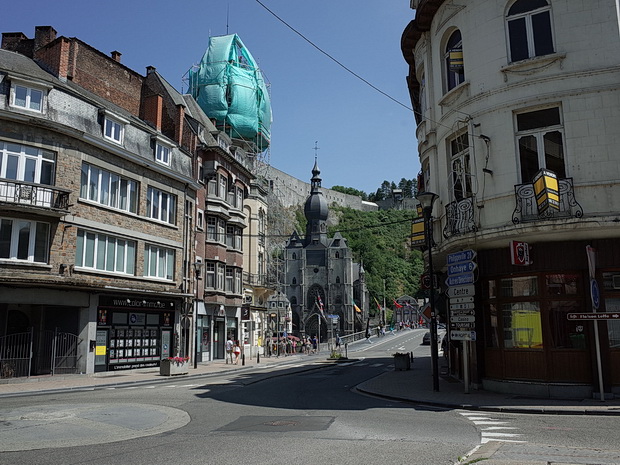 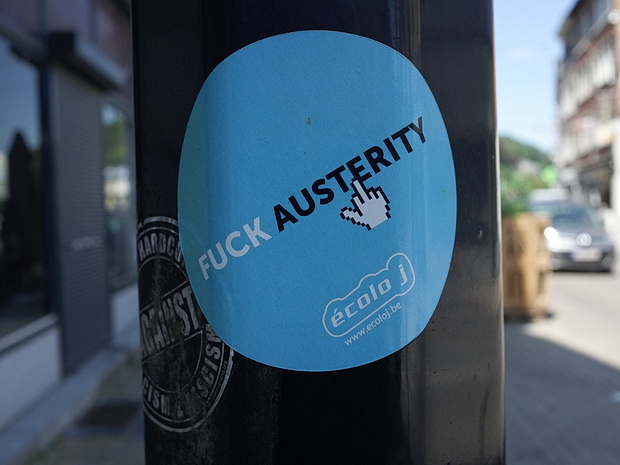 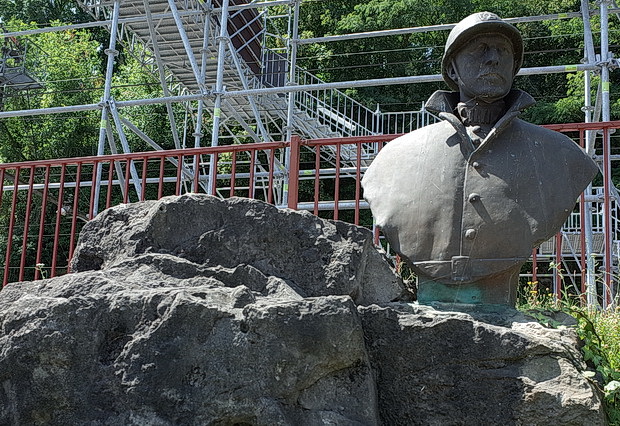 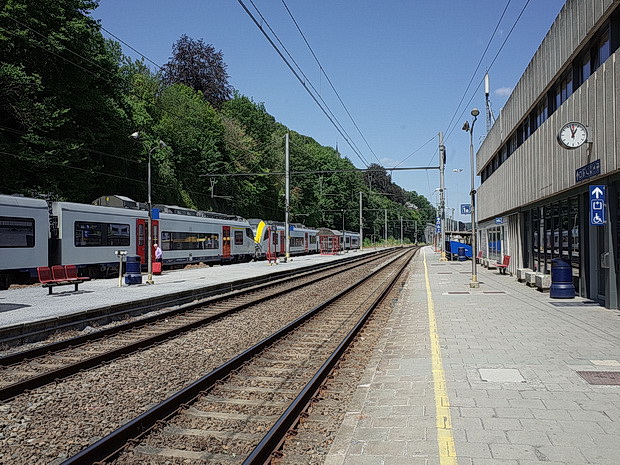 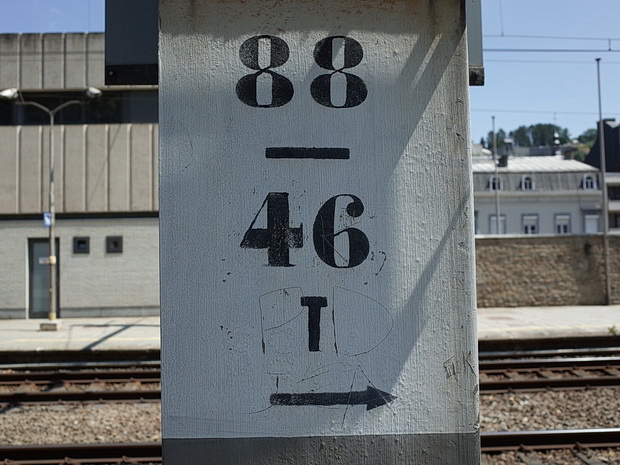 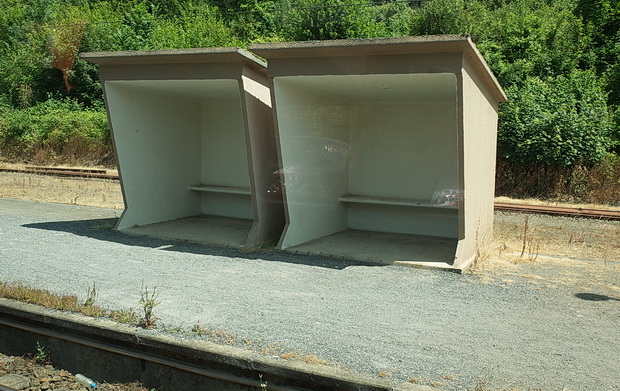 Lewes in photos: architecture, street scenes and signs and closed pubs, May 2018