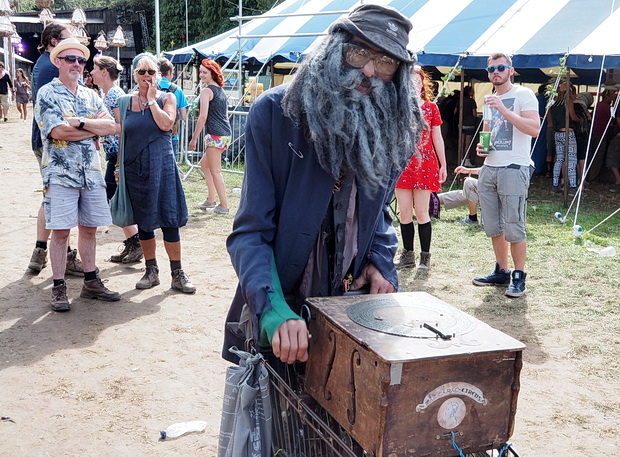 Busy causing a stir at this year’s Boomtown Fair was this incredible life size robotic tramp.

His movement and mannerisms were so lifelike that groups of people would gather around him as he shuffled past, all debating whether he was human or a robot – and if he was a robot, how the hell it was done. 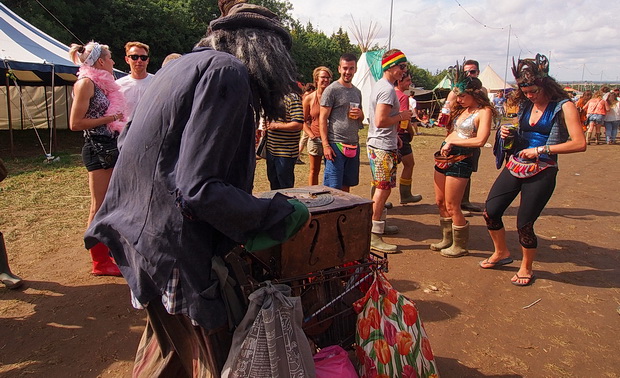 The tramp would look directly at people and seemed to respond to what was going on around him – but I looked around and couldn’t find anyone operating the robot.

Some folks near me were convinced there was a small human inside. I wasn’t so sure for a while either. 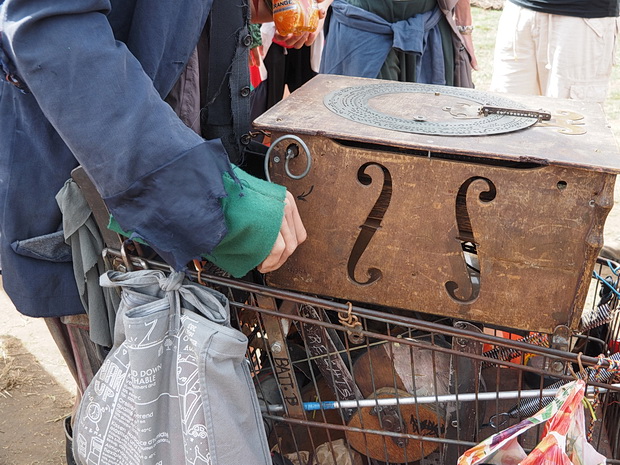 He would occasionally wind up his music box with a spookily realistic-looking hand. 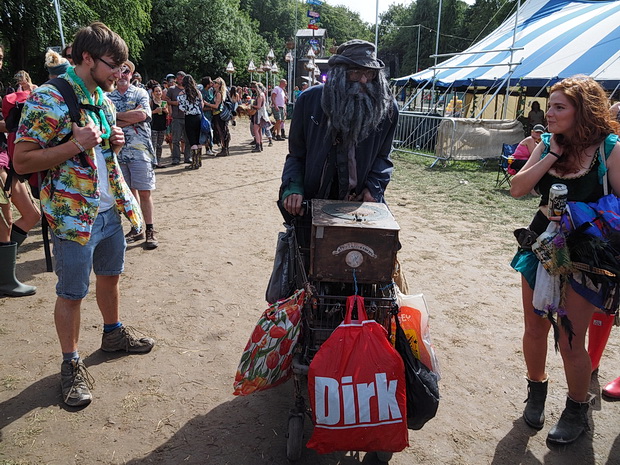 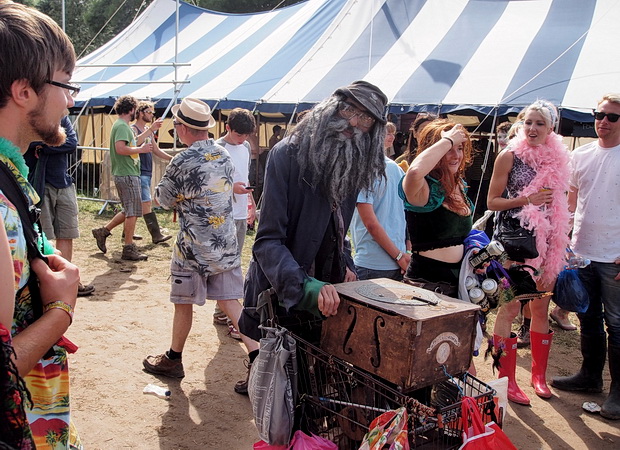 I’m getting stared at! 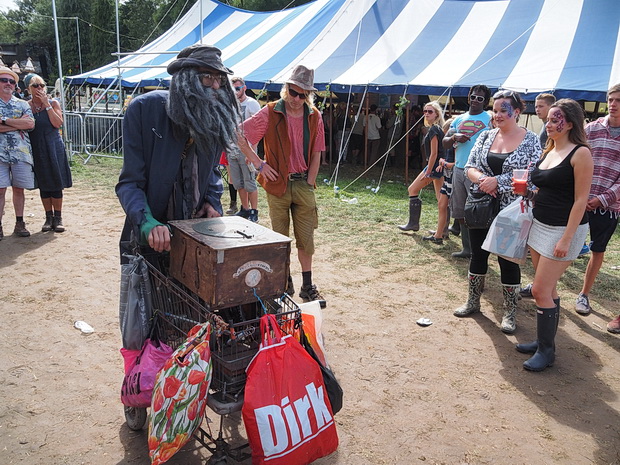 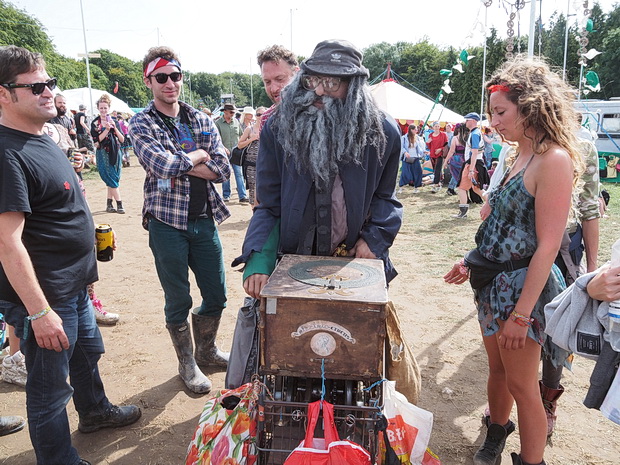 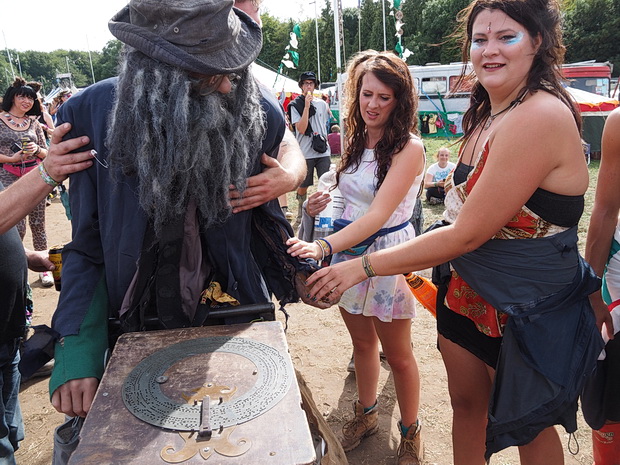 Eventually people’s curiosity would get the better of them, and they’d start touching the tramp to see if he was actually real. 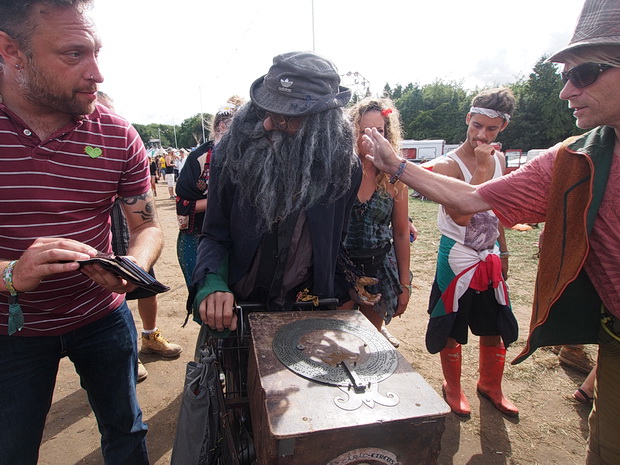 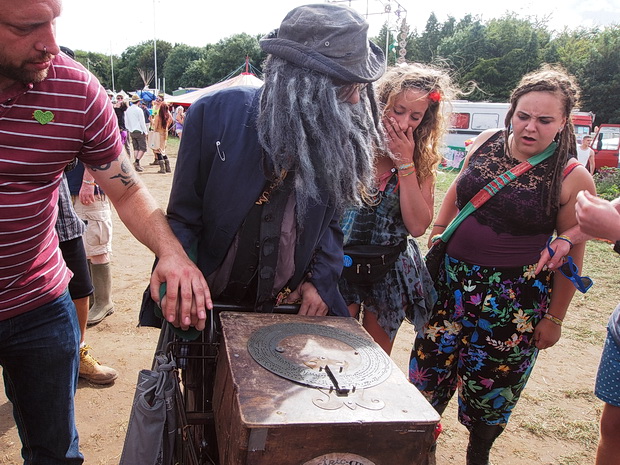 I found the website for Dirk and discovered he was made by Electric Circus, a collaboration between inventor Fred Abels & puppeteer Mirjam Langemeijer.

Here’s how they describe their creation:

Dirk is a life-size tramp. He strolls through the streets pushing his rattling shopping trolley.

Dirk is the first free moving robot that is often mistaken for a genuine human being, for the audience it is an interesting encounter that often ends in a startling revelation.
Dirk has already had many human adventures in his relatively short life.
People use him as a companion to confide in, accompany him for a while or give him a spare coin.
He even got arrested in a German shopping centre!
However, most of the time you will find Dirk surrounded by a curious audience while he entertains them with the music of his hundred-year old organ.

Here’s another video of Dirk in action in Australia in 2008, posted by its creators. I think it’s a marvellous creation!