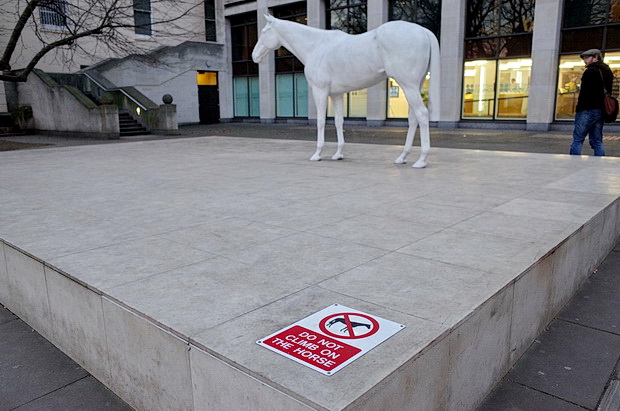 “Do not climb on the horse” says the warning sign by the eminently climbable and hugely inviting White Horse sculpture on The Mall, in central London. 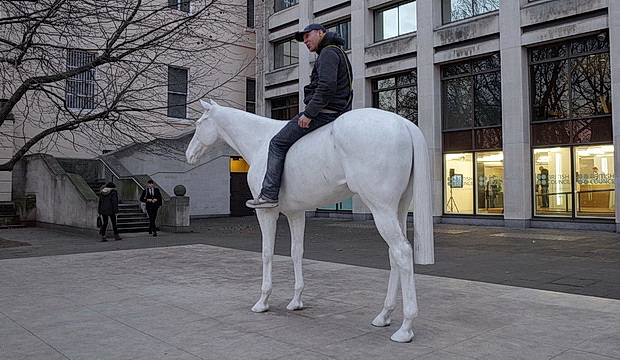 No sooner had I got my camera out than a bloke quickly leapt on the horse and posed for his friend’s pics. 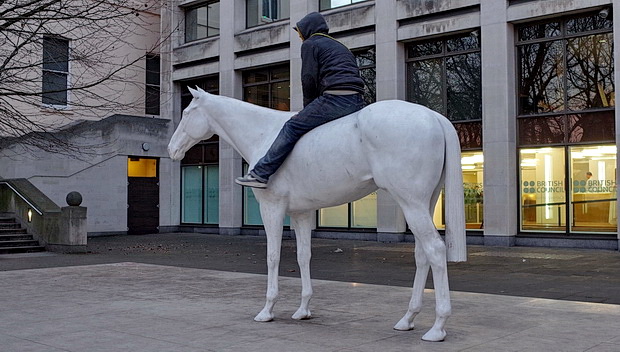 The White Horse is the work of Turner prize-winning artist Mark Wallinger, and is a scaled-down version of a proposed 50m-high (164ft) sculpture to be erected in the countryside of Kent (which would be visible from the Eurostar).

Funding for the full-size horse has so far proved to be a victim of the recession, although if it does get the go-ahead, it would stand more than twice the height of Antony Gormley’s Angel of the North statue, and cost up to £15m to complete.

Wallinger hopes that the mini-me marble and resin version in The Mall will help “prod” funding for the bigger version.

The life-sized sculpture was made by scanning a horse named Rivera Red – partly owned by Wallinger – in a white light scanner, with the resulting scan being moulded into a robust resin, marble and steel structure. 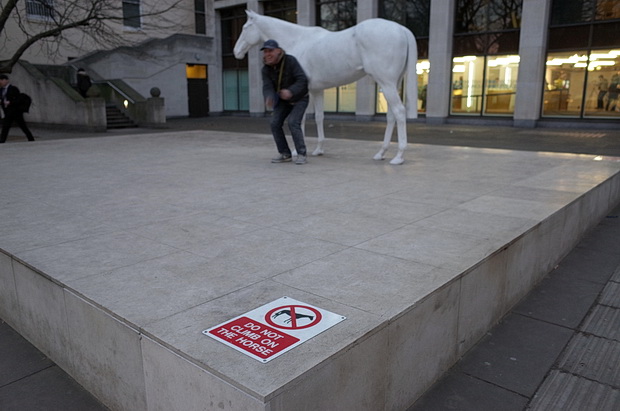 Commissioned by the British Council Collection and unveiled in March 2013, the horse may only remain in place – and continuing to tempt wannabe riders – for a little while longer. [—]

Chat about the sculpture -and see some novel ideas for how it might be improved – on the urban75 forums.

It’s a goat. On a pile of boxes. In Spitalfields, London

One Comment on “Do NOT climb on Mark Wallinger’s White Horse on the Mall, London”