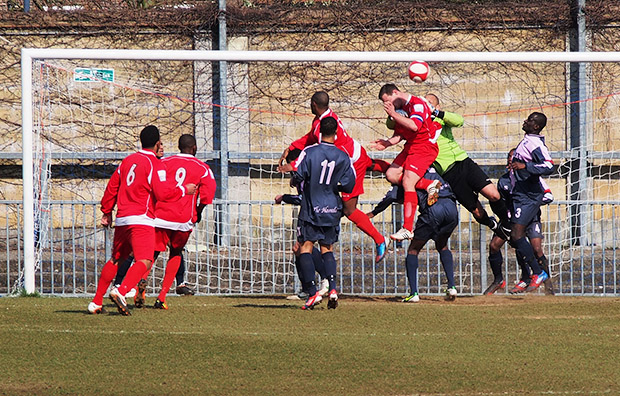 It has to be said that this wasn’t a classic game, with Hamlet fortunate to take three points from a Chipstead team who at times dominated the game.

After the thrills of seeing Dulwich take on Maidstone in front of a thousand-strong crowd last week, and the white knuckle excitement of Tooting away, perhaps my expectation were set too high because this proved to be a stodgy performance from Hamlet. But it was still three points in the bag! 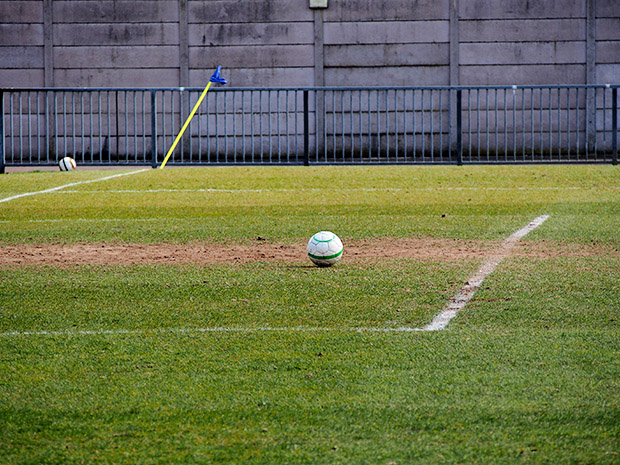 The first half saw Chipstead put together by far the better moves, and they were unlucky to not go ahead in the 27th minute when Jason Goodchild’s skilful shot bounced off the Dulwich post. 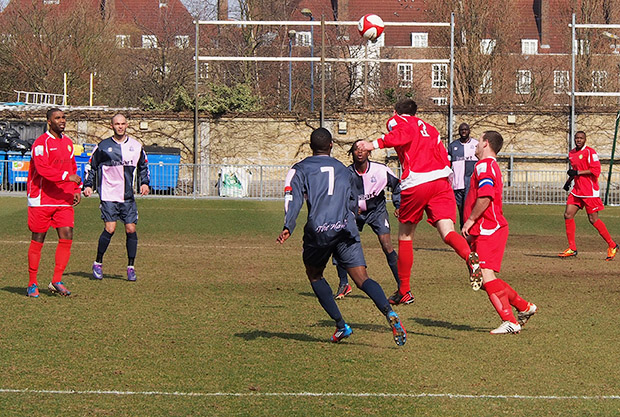 The sun may have come out on occasion, but it was ruddy freezing on the terraces, with a biting wind. 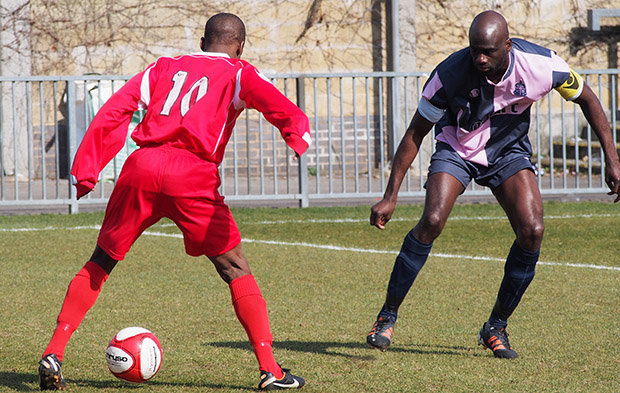 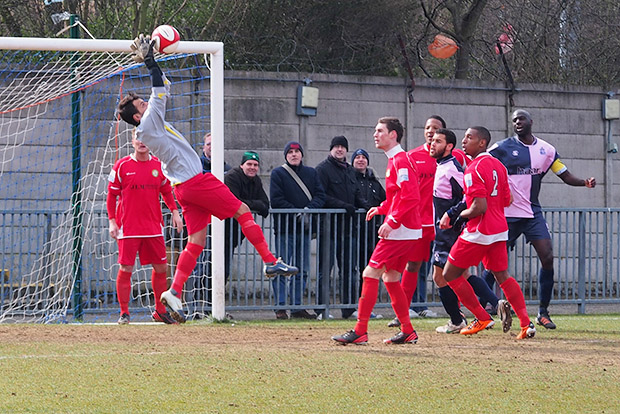 Duwlich put together a few moves in the first half but Chipstead looked the most likely to score. 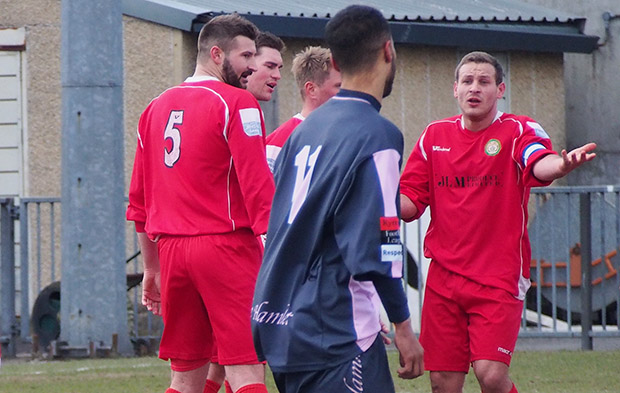 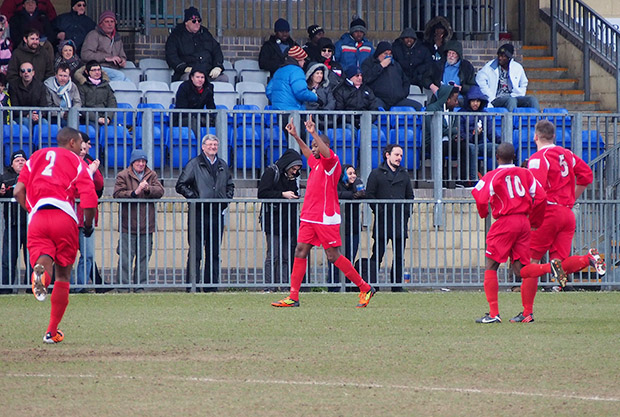 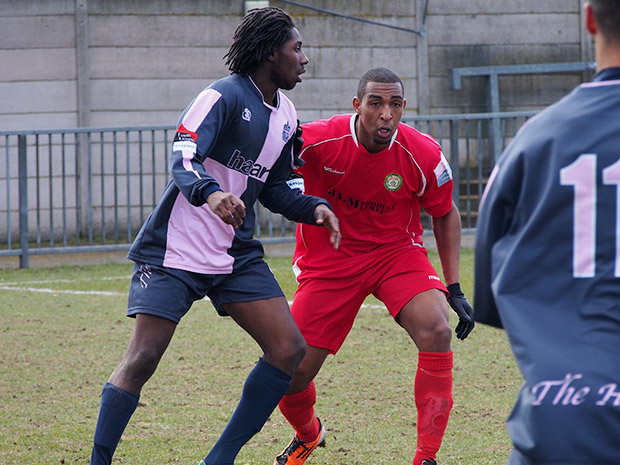 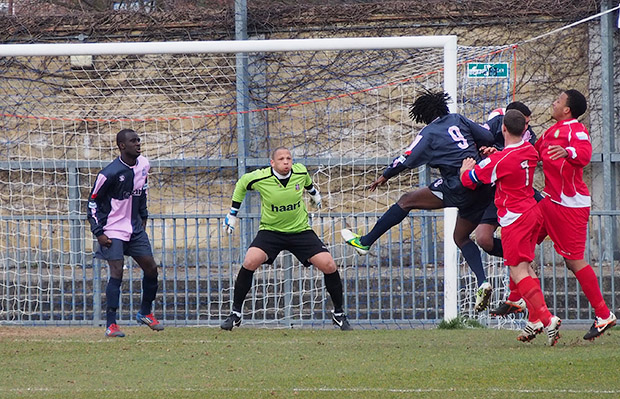 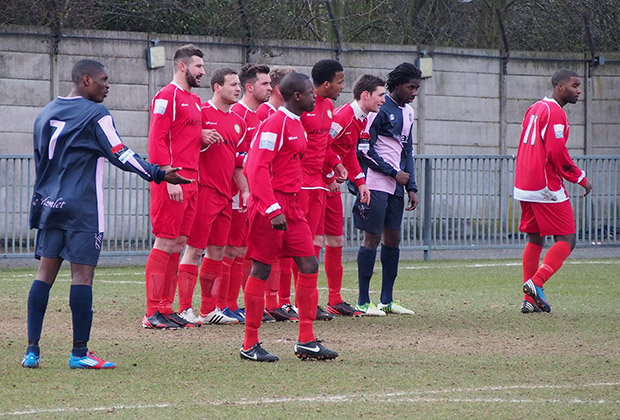 Despite some late pressure from Hamlet it was Dulwich Hamlet 0-1 Chipstead at half time. 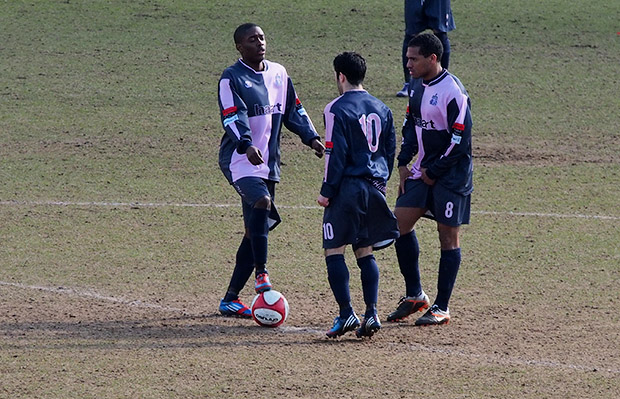 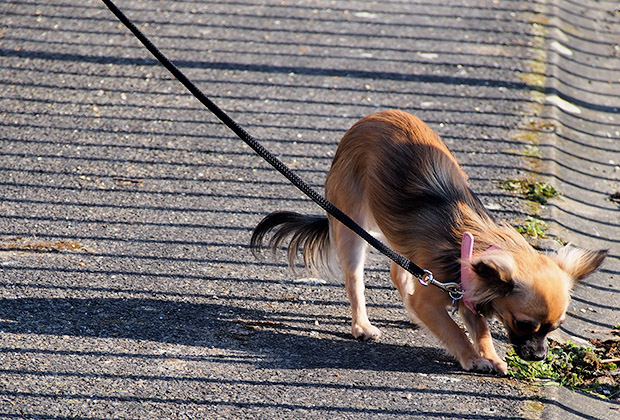 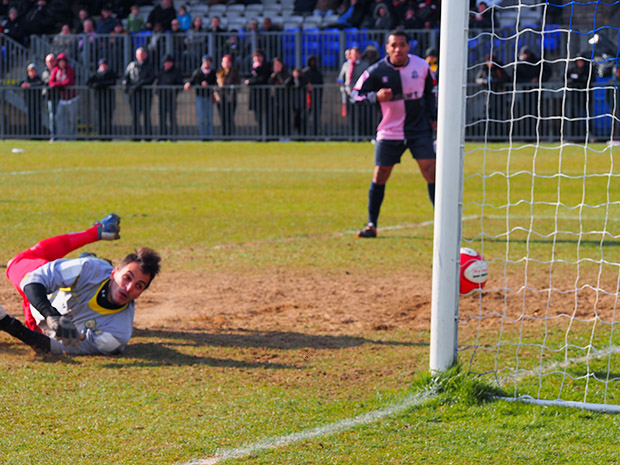 A goal mouth scramble saw the ball falling to Kevin James who thumped it into the back of the onion bag. 1-1! 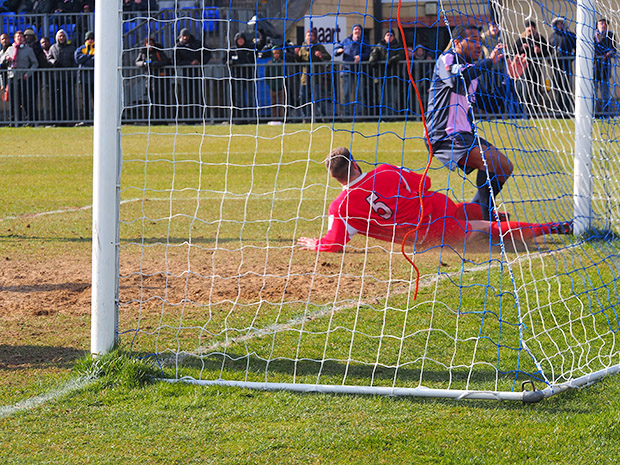 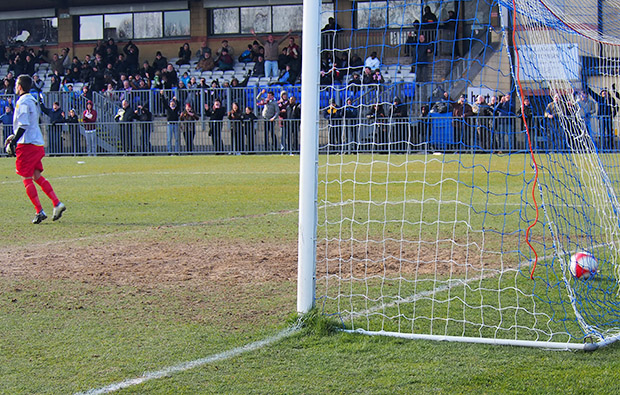 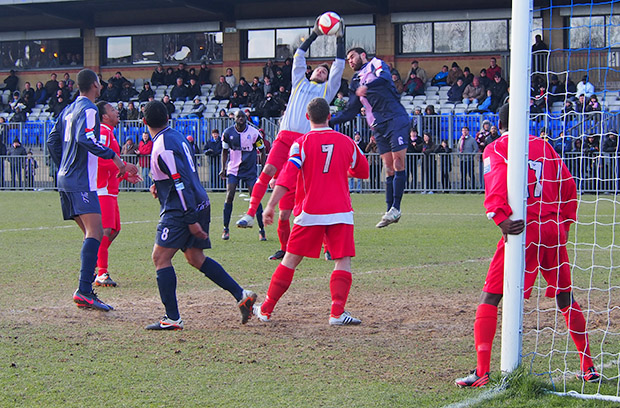 In the 55th minute, Hamlet were awarded a penalty, but  Peter Adeniyi managed to hoof it wide. That’s the second missed penalty at home in as many games.  Sort it out Hamlet! 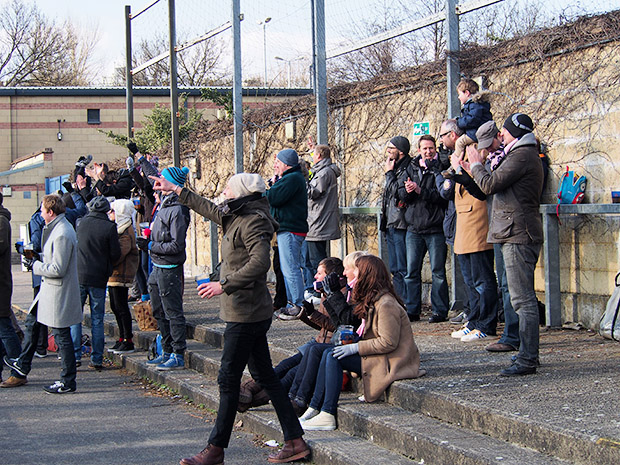 The crowd was modest, hovering around the 400 mark and rather lacking the relentless energy of the Tooting away fans. 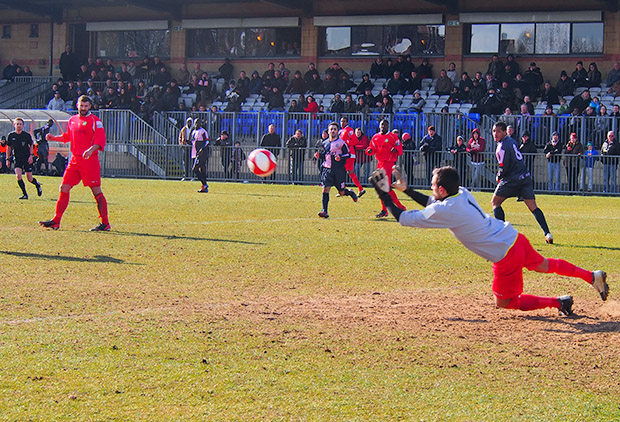 Hamlet continued to pile on the pressure, and in the 65th minute Kevin James made it 2-1. 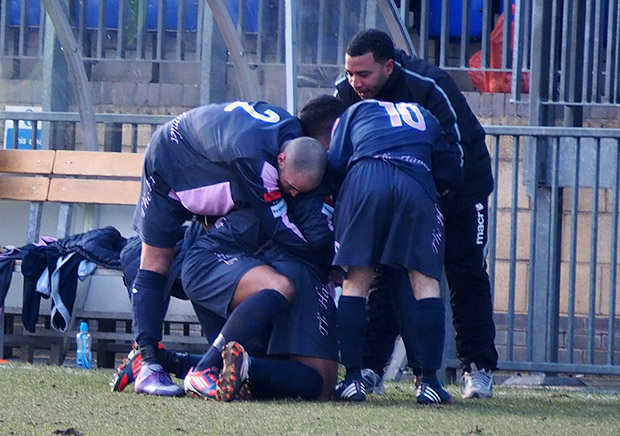 Having a little post-goal cuddle.

Chipstead rallied hard in the dying minutes of the game, but in the end it was a hard-fought and – to be honest – a rather lucky 2-1 win for the Hamlet.

The win sees Dulwich staying in second place with the same number of points as leaders Maidstone, but still with that crucial game in hand. Come on Hamlet! 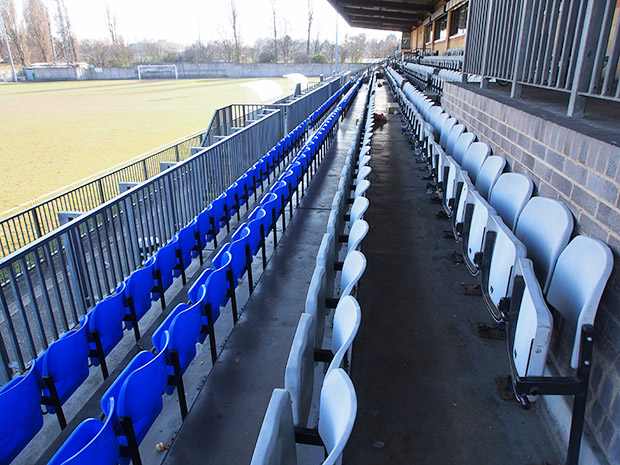 Dulwich are away to Faversham Town on Sat 6th April followed by their cup final appearance against Concord Rangers at Maidstone’s ground on Tuesday, 9th April.

I’m hoping to get along to that match – I suspect it’ll be a different experience to the last cup final I was at – Cardiff City vs Liverpool at Wembley last year!