Born in Swardeston in Norfolk in 1865, Cavell served as a matron in the Berkendael Institute in Brussels, Belgium, which was taken over by the Germans in WW1.

In violation of military law, Cavell was accused of helping hundreds of Allied soldiers to escape to the neutral Netherlands, and was executed by firing squad on October 12, 1915.

The night before her execution she said the words now inscribed on her statue, “Patriotism is not enough, I must have no hatred or bitterness towards anyone.”

The statue in her honour stands opposite the National Portrait Gallery, St. Martin’s Place, near Trafalgar Square, London. 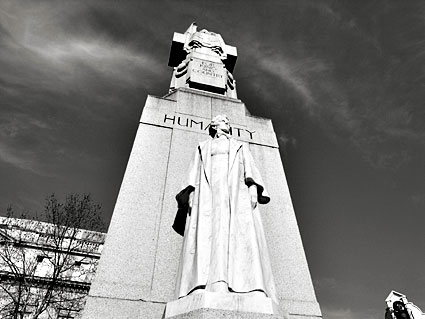 The Evils of Day/Night Nurse

Candide at the English National Opera

Wet and windy day in London

One Comment on “Edith Cavell: WW1 nurse and humanitarian”