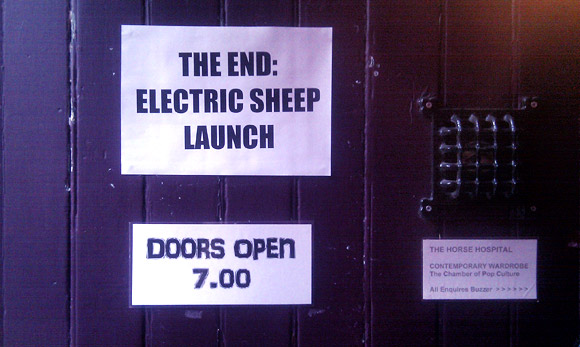 To celebrate the publication of their first book, the folks from Electric Sheep Magazine held a launch party at the Horse Hospital, Colonnade, Bloomsbury WC1. 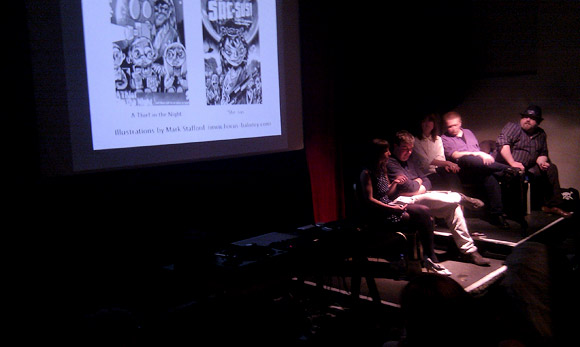 Entitled, ‘The End: An Electric Sheep Anthology’, the book is an enthralling collection of previously unpublished essays on the ‘darker side of cinema’. 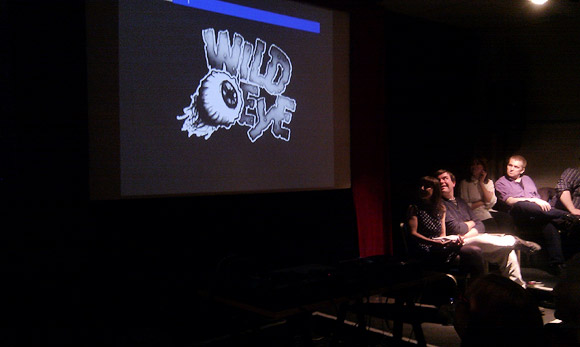 The event kicked of with a panel discussion on apocalyptic cinema, and in attendance were writers and illustrators who had contributed to the book. 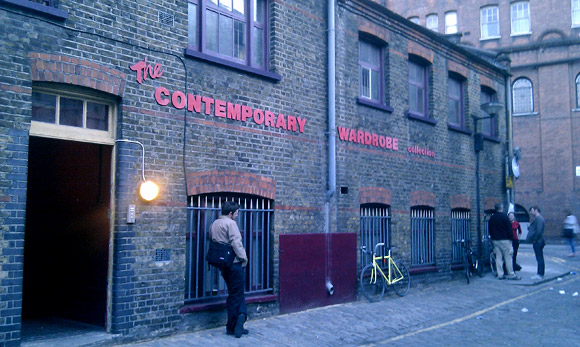 Built in 1797 by James Burton (and possibly redeveloped sometime after 1860), the building originally served as a purpose-built stable, and was opened as an arts venue in 1993. 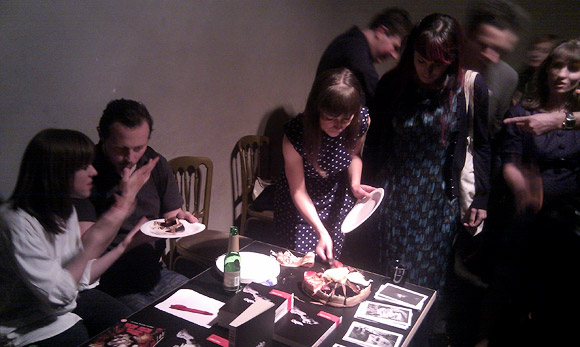 Getting stuck into the cake! 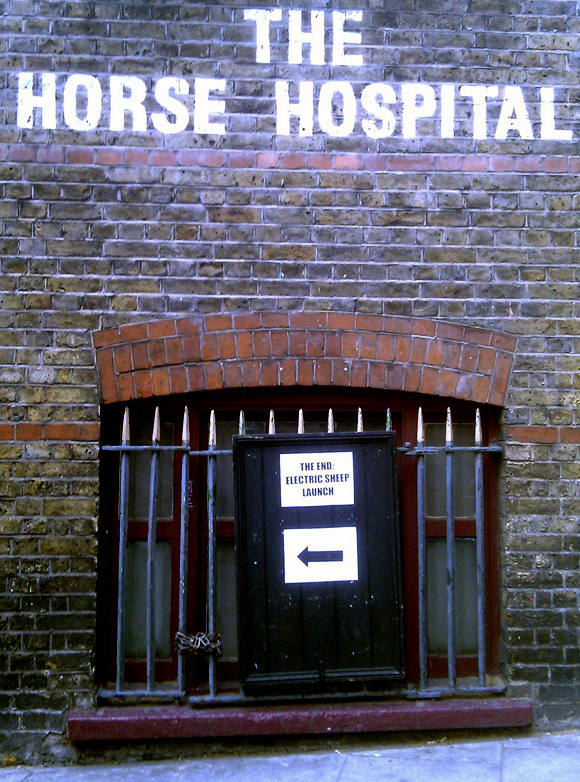 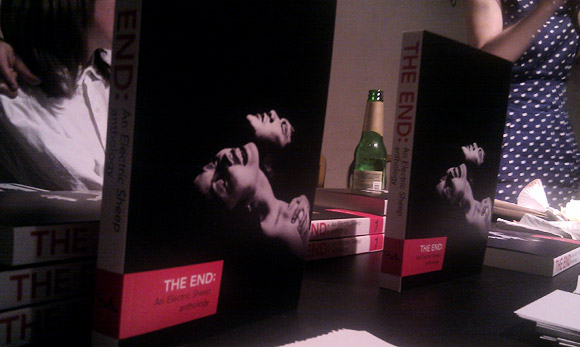 Copies of the book sold out quickly!

Do NOT climb on Mark Wallinger’s White Horse on the Mall, London

Think electric taxis are a modern idea? The Victorians had them back in 1897