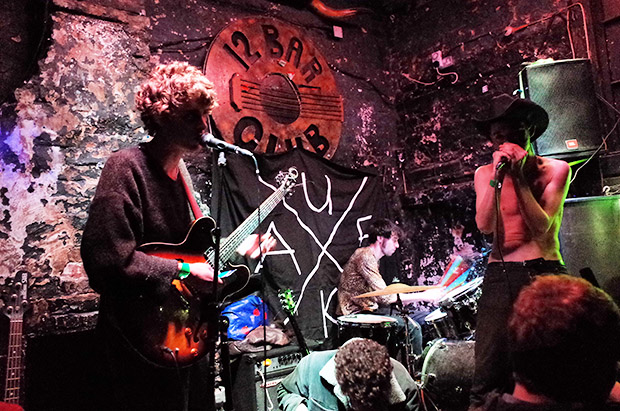 Last week, activists calling themselves Bohemians 4 Soho occupied and reopened the legendary 12 Bar in central London, shortly after it had been closed in the wake of a huge redevelopment.

Papers have now been served, and the squatters are expecting to be evicted any time after noon tomorrow (Fri 30th January)

A message from the activists has been widely tweeted and texted, inviting supporters to come down  to Denmark Street and hold an impromotu street party tomorrow:

12 bar club: possession order granted so bailiffs due ANY TIME FROM NOON TOMORROW. #bohemians4soho have called for a street festival of music and resistance in Denmark st all day to prevent the eviction…please try and make it down to save yet another soho music venue from being destroyed!

I fully support the squatters in their attempt to keep this piece of London’s social history alive.

Instead of destroying it for yet more unaffordable flats, this unique venue which has played a pivotal role in London’s musical heritage should be preserved for future generations to enjoy.