Here’s another glimpse into one of the long and many ‘lean’ years of my music career.

This time it’s June 1983, and I can be seen youthfully posing at the glamorous Essex seaside resort of Southend with the soul/funk outfit Apartment before our gig at the town’s Rains nightclub 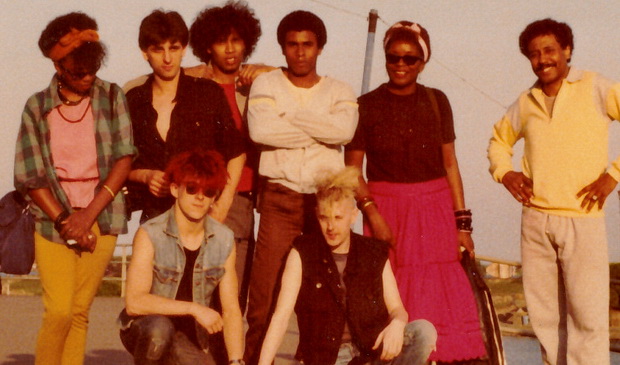 Although based in East London/Essex, the band featured no less than three Cardiffians, all named Mike – I’m photographed in the front row with my resplendent bright ‘pillar box red’ barnet.

Next to me and keeping the silly haircut theme going with a splendid blonde mohican is Mike Jones (guitar). Second left in the top row is Mike Harris (sax), next to Cecil and Darnell, with friends Jackie and Sharon joining the group. 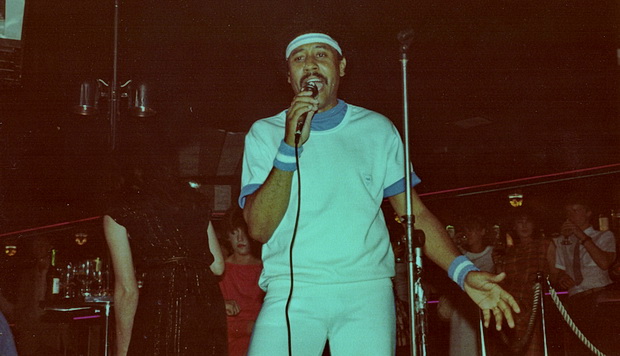 Above can be seen the singer Ray Howard – it was essentially his band – and he was chasing more success after a getting a taste of the high life with his previous band Wavelength.

They’d scored a Top 20 hit with ‘Hurry Home‘ the previous year, a syrupy wedge of schmaltz written by Steve Thompson, a songwriter and record producer who was seen as a major influence in the rise of NWOBHM (New Wave of British Heavy Metal). 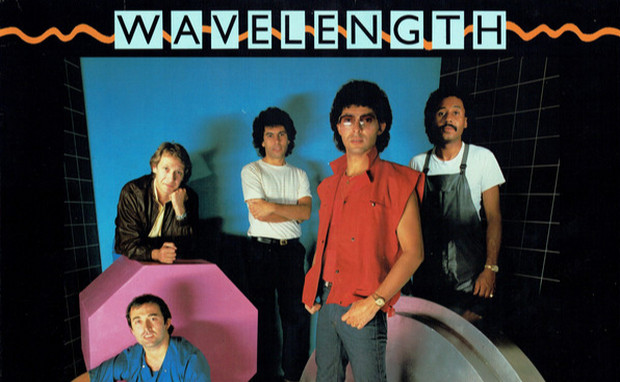 The eight-piece band also included my old chum Stewart Pettey on bass – a year later we’d go on to record the minor indie hit The Plug with Lester Square and the Square Deal Surfers together.

Just about everyone in Apartment was busy trying to bag elusive record deals with their own bands, so this venture was all about having fun, and that was always on the cards with East End wideboy/hussler/blagger Ray at the helm. 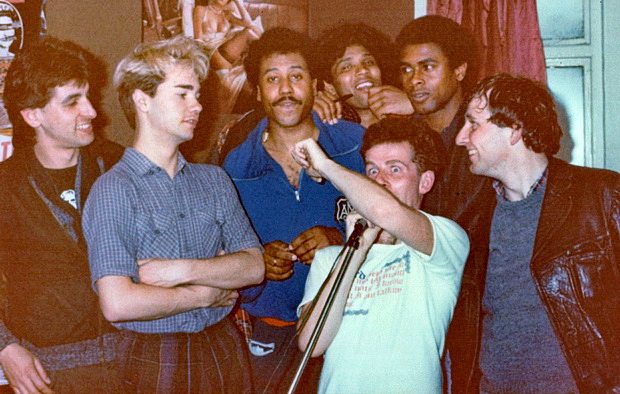 [Rehearsals in my East Ham flat]

We used to rehearse in the bedroom of my awful damp flat in East Ham, and it was always quite a squeeze to get everyone in. Happily, the neighbours were really cool about the racket we made.

They were also impressed when Ray drove up once to collect the band’s gear in a Rolls Royce – it turned out he worked for a chauffeur company, so had ‘borrowed’ the transport for the night. 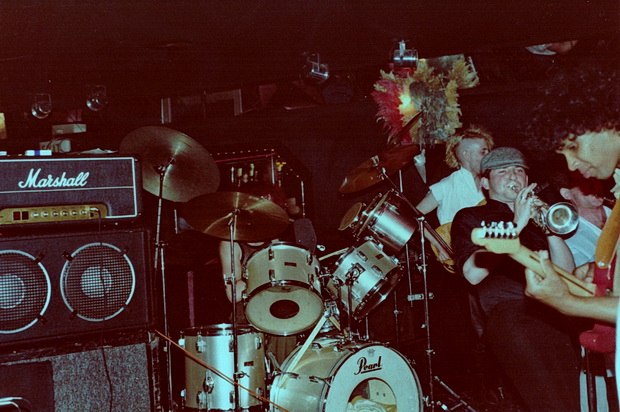 My diary from July 83 records that we played a very lively under 18s gig at the Ilford Palais at the beginning of the month, which saw the band fending off amorous youngsters and an enthusiastic junior stage invasion, with three of us being asked to judge a dancing competition later.

My involvement with the band only lasted another month, with my final appearance being in August 1983 at the Fulham Greyhound, a long lost but once important part of London’s pub-rock scene. 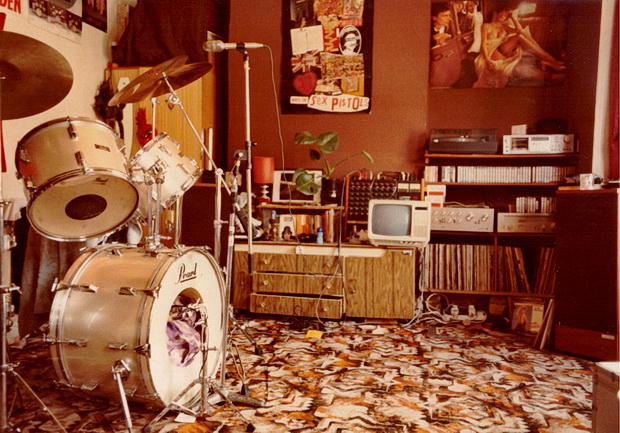 Two of my other bands at the time used to rehearse in the same flat – one was a ramshackle gloomy goth rock band featuring Mick Atkins from Wasted Youth. The other band was the rather splendid Dream Academy, who went on to have an international hit with Life in A Northern Town.

I can remember practising that song in my bedroom and thinking it was a brilliant tune, but unfathomably, declined to keep on working with them just as they went off to soaraway Stateside success. I was always pretty good at making the wrong decisions throughout most of my music career.

By the end of 1983, my time was increasingly being taken up by an electro-pop outfit called Dance On A Telephone who got as far as recording several radio sessions and demos for major labels, touring Austria and being featured in mags like Smash Hits and The Face. But that’s another story. 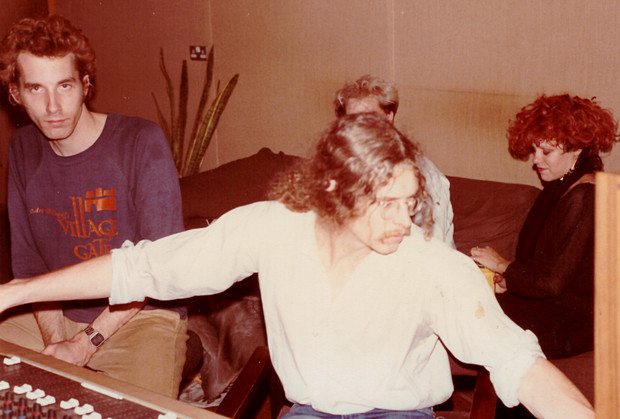 Where are they now?

Unfortunately, it was really easy to lose touch with people in the pre-internet days, so I’ve only managed to stay sporadically in touch with a couple of members.

A search on the internet revealed the sad news that Ray had passed away over ten years ago (RIP Ray).

Mike Jones would later go on to enjoy success with Anglo-American pop-rockers Voice of the Beehive, who scored five Top 40 singles from two albums in the UK. The band briefly reformed in 2017 with Mike back on guitar. He now lives in Norwich.

Mike Harris continued in music and the arts, and I think Stewart still plays occasionally. 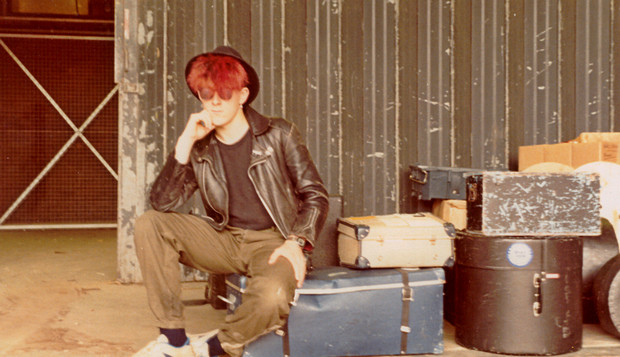 As for me, after a very, very, very long wait, my time finally came when I rejoined my old band The Monochrome Set a few years back, and I’ve been kept joyfully busy touring America, Japan and Europe and recording two well received albums – with more work hopefully on the way.

After waiting so bloody long to get anywhere, I’ve been appreciating every single minute of life on the road, and remain very grateful for this unexpected and very late boost to my music career!

In photos: A night at the wonderful What’s Cookin’ club in Leytonstone, east London

From bands to DJs to soundmen: The Hierarchy Of Cool At A Gig