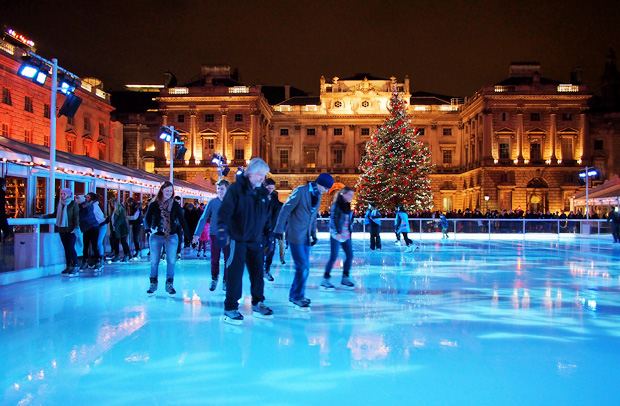 In my world, anyone erecting Christmas trees before December has even started should be forced to co-habitate with Dasher, Dancer, Prancer, Vixen, Comet, Cupid,  Donner and Blitzen for a month. In a cave.

Unsurprisingly, big business thinks rather differently, and London is already firmly in the grip of  the big festive cash-in, while Oxford Street basks in the glow of Marmite-themed Christmas lights. 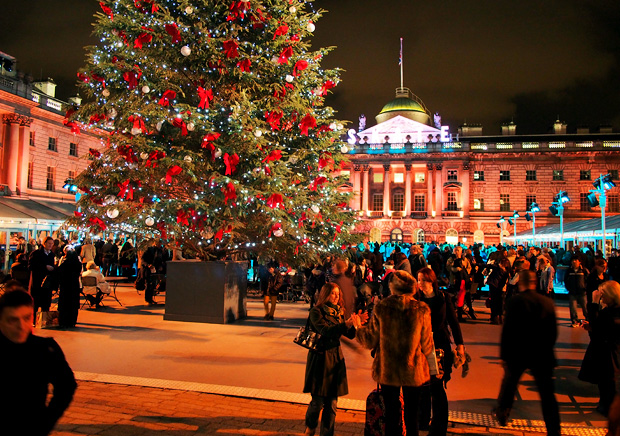 Somerset House, off The Strand in central London, has got its holiday season baubles jangling early this year, with a huge Christmas tree in the courtyard looming over the temporary ice skating rink, which was erected as early as November 6th. 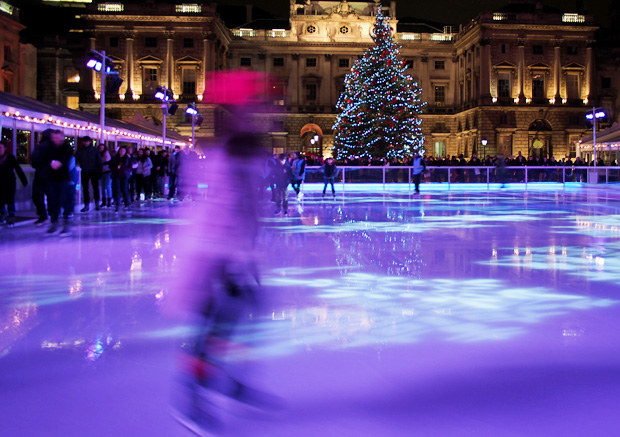 It used to be that the sheer novelty of ice skating in the central of London in November was enough, but now the experience is ramped up further with thumping dance music and disco lighting accompanying the skaters/handrail grippers. 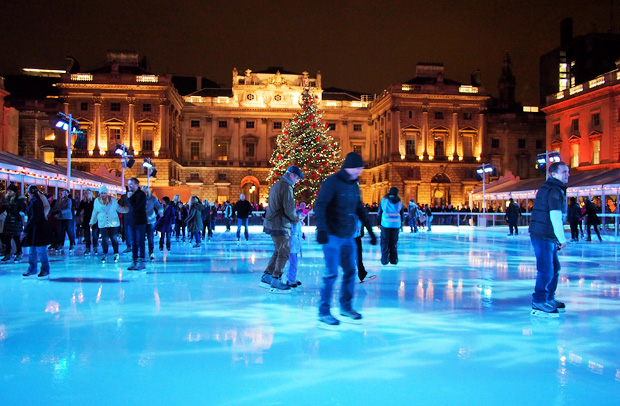 I had a go skating here a few years ago, but my limited skills meant I wobbled between short bursts of relatively fluid movement across the ice followed by periods gripping on to the handrail for grim life.

If you fancy falling flat on your face too, you need to book online here, with session tickets starting from £7.50 to £15.  The ice rink will be open until 6th January 2013.