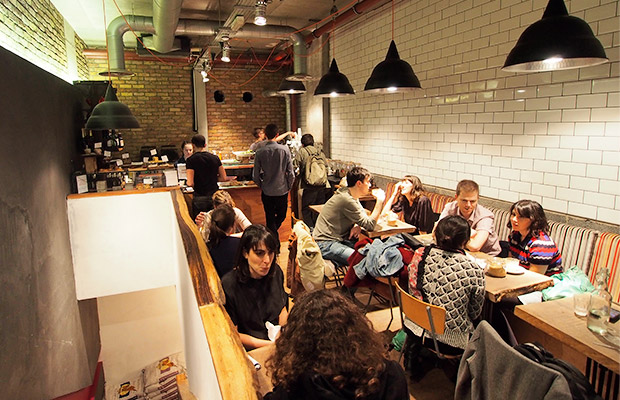 Run by a husband and wife team, Foxcroft & Ginger opened their Soho coffeehouse in January 2010. Located in Berwick Street in central London, it’s a handy place to pop into if you’re in town. 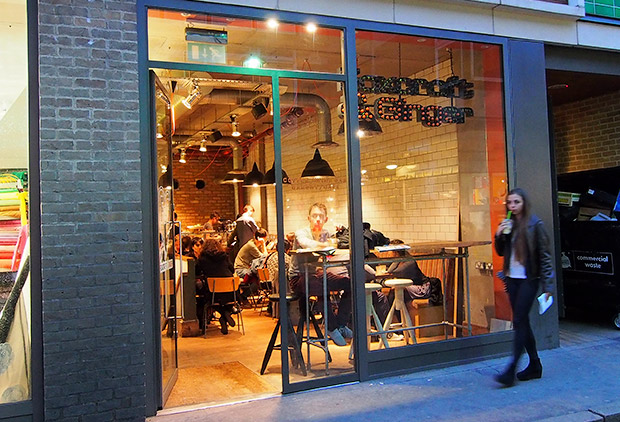 Described as ‘a laid back all day dinning spot,’ F&G serve British food made from locally-sourced ingredients, with cakes and pastries made each day on site. See their food and drink menu here. 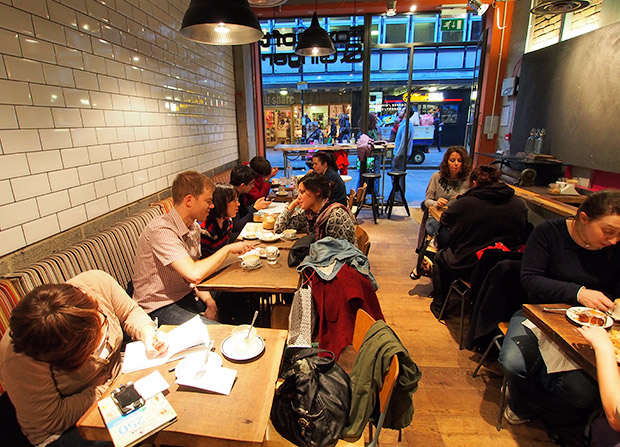 We only popped in for a coffee – which was excellent – although seating space was somewhat at a premium.

With everyone busy yacking away, it was quite loud in there too, with the noise levels not helped by the tiled wall.

It’s still a lovely little cafe though, and one we’ll certainly come back to again.

One Comment on “Foxcroft and Ginger – a small but pleasing Soho coffee house, central London”