Tomorrow night there’s going to be a mighty big knees up and beer spilling sing-along at the Prince Albert in Brixton as the Offline Club hosts its Christmas party. 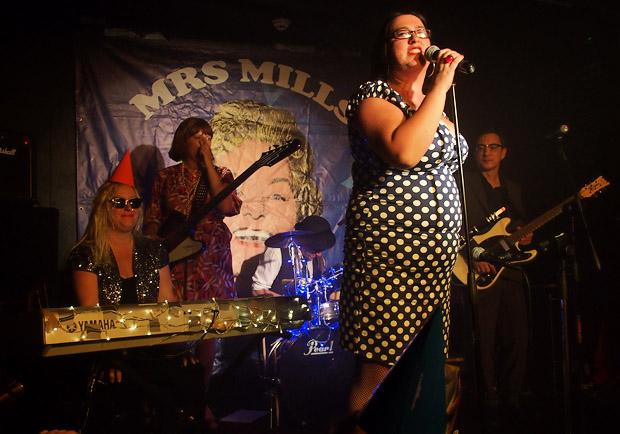 Live onstage will be no less than two bands: music hall sensations, THE MRS MILLS EXPERIENCE (as seen on BBC and Channel 4) and the seasonal reappearance of SLEIGHED! who will knock out a feast of Christmas tunes, including classics from titans of pop E17 and Wham!

After the success of last year’s quest to find Brixton’s Most Earnest Bono, we’ll be running the competition again, this time with an improved Bono-o-Meter and even bigger prizes. Yes, that;s right. Prizes!!

There’ll also be a mass kazzoo screech-along, plus DJs all night, all compered by the legendary Vic Lambrusco your host with the most of something or another.  And it’s FREE all night! 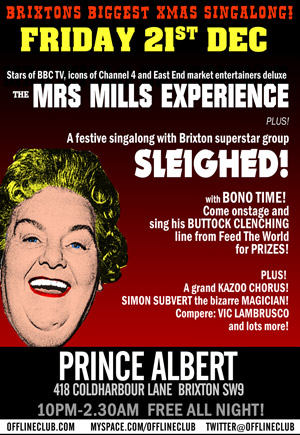 Big BrixtonBuzz party night with Too Many Ts and David Goo, Brixton