Some photos from the 3rd National Demonstration For Gaza: “Israel Out Of Gaza Now: Lift The Blockade,” Trafalgar Square, central London. 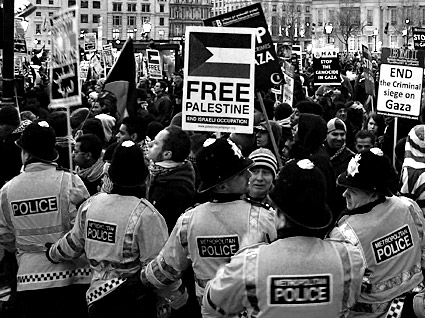 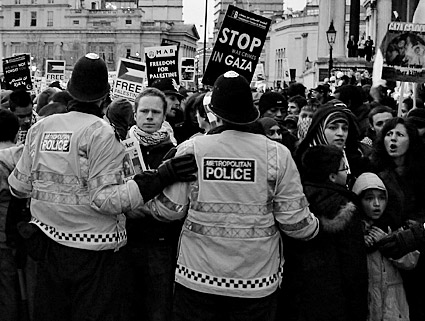 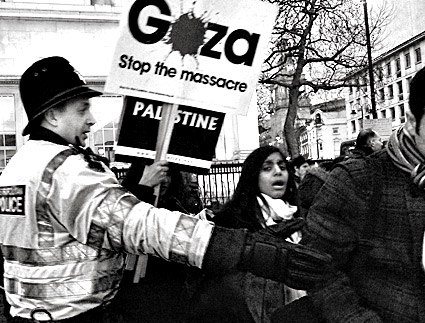 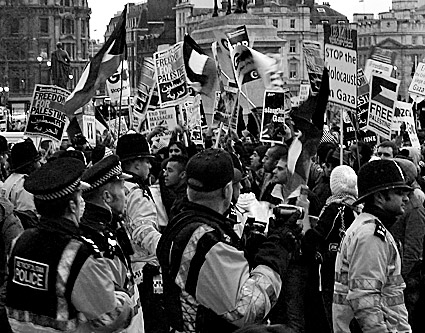 The police had decided to pen everyone into the square so tempers were rising.

I was taking pictures from outside the cordon and nearly got nicked:

*cop finally stops shoving me into the grass area, and I step on to the pavement..

Excluding the testerone-charged police, there was certainly a few ‘hotheads’ in the crowd including a fabulously hysterical woman who was dramatically pleading to the police outside the cordon, “WHY WON’T YOU LET THE WOMEN AND CHILDREN GO FREE?!” as people were happily walking out of the cordon next to her.