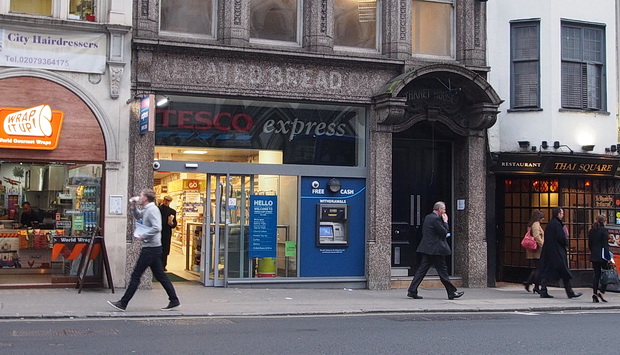 Seen in Fleet Street in central London is this fine example of a ghost sign for the Aerated Bread Company.

Ghost signs are the fading remnants of old advertisements – often painted on brick walls or on gable ends – but sometimes they can live on above a shop long after the business has closed. 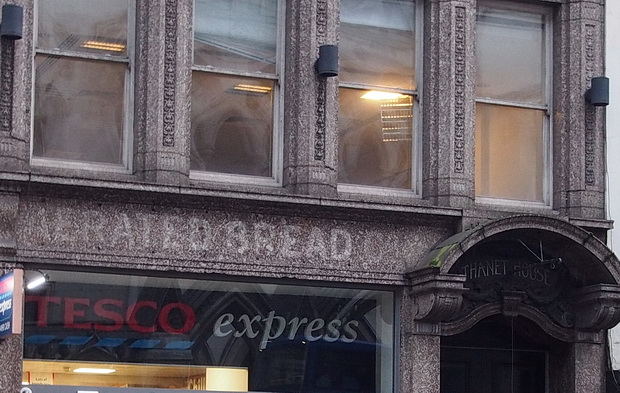 Founded in the UK in 1862 by Dr. John Dauglish, the Aerated Bread Company (or ABC bakery as they were commonly known), employed a new bread leavening technology invented by the company’s founder. 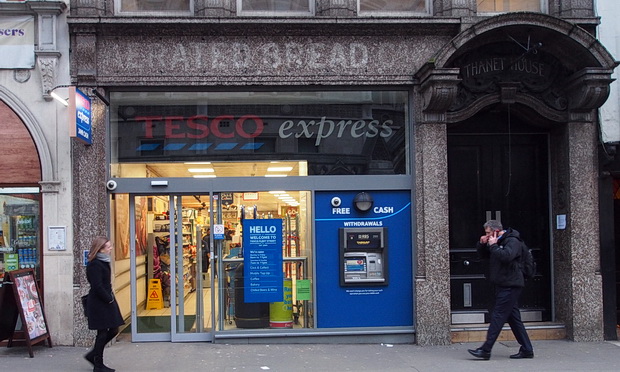 From 1864, the company also opened up a chain of self-service A.B.C. tea shops, which proved rivals to the hugely popular Lyons Corner Houses.

Considered suitable for unaccompanied ladies to frequent, the tea shops increased in popularity as London’s population of working women grew. 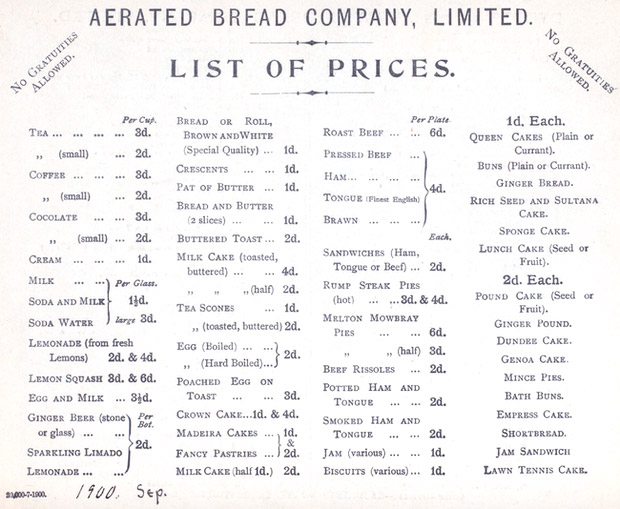 The menu above from September 1900 shows the range of food and drinks available, most of which wouldn’t look out of place in a modern cafe.

When it reached its peak in the mid 1920s, only Lyons had more food outlets, with A.B.C. running over 150 branch shops in London and 250 tea shops, with their proliferation making them akin a modern day Pret A Manger or Starbucks. 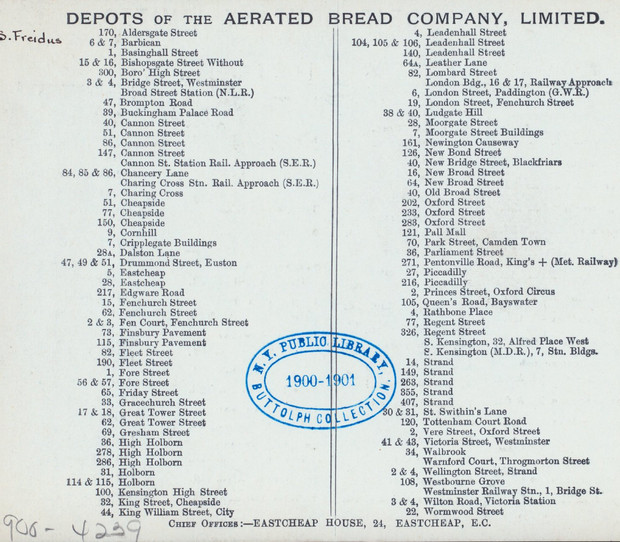 “the sinister strand in English catering, the relentless industrialisation that was overtaking it: the 162 teashops of the Aerated Bread Company, the Lyons Corner Houses, which rolled out 10 miles of swiss roll every day and manufactured millions of “frood” (frozen cooked food) meals, the milk bars that served “no real food at all … Everything comes out of a carton or a tin, or is hauled out of a refrigerator or squirted out of a tap or squeezed out of a tube.”

ABC was acquired by Allied Bakeries in 1955, with the name passing into history in the 1980s.

More: Aerated Bread Company [Wikipedia]
On the Healthy Manufacture of Bread: A Memoir on the System of Dr. Dauglish (1884)

Pic of the day: An emphatic No Parking sign, London