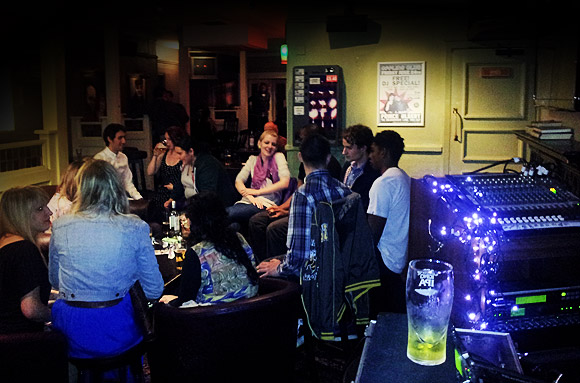 The weather held out for a fab weekend, which started with me putting in a hefty 5 hour solo DJ set at the Brixton Albert on Friday night.

Despite ample ‘refreshment’, I only managed to play the same song twice in all that time – unfortunately, it was about five minutes after the first time. Doh! 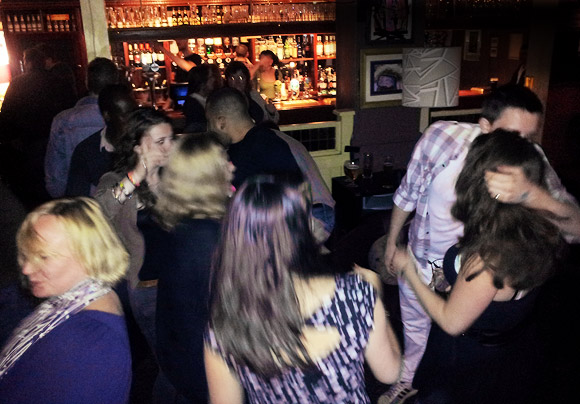 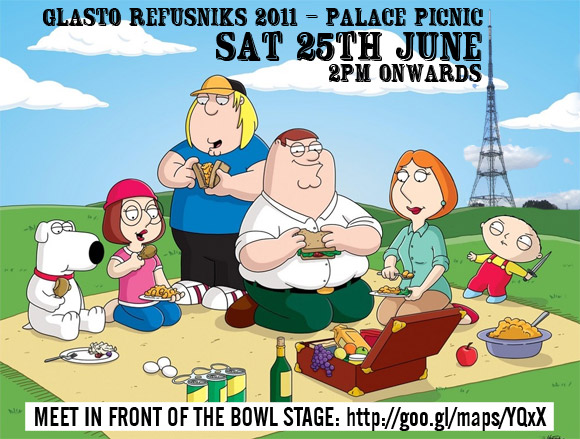 On Saturday, we held the traditional Glasto Refuseniks picnic, moving it from its usual Brockwell Park location to the wide open spaces of Crystal Palace park. 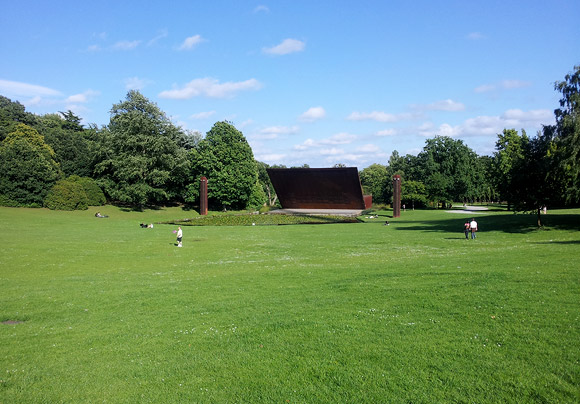 The weather was fantastic and the park not as busy as I feared.

We set up shop looking over the Bowl stage, where the likes of Pink Floyd, Yes, Beach Boys, Elton John and Bob Marley once played. Sadly, it seems newly-arrived NIMBYs in nearby flats have put paid to any more festivals in this fabulous location. 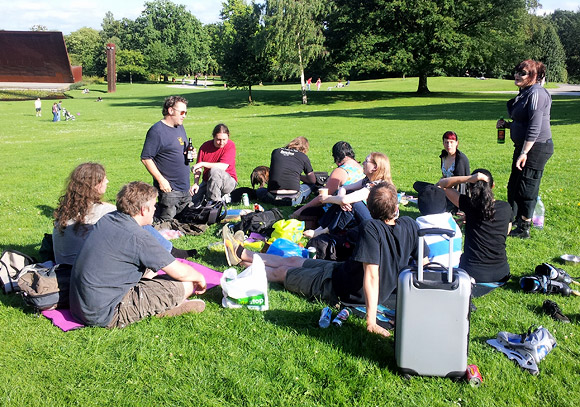 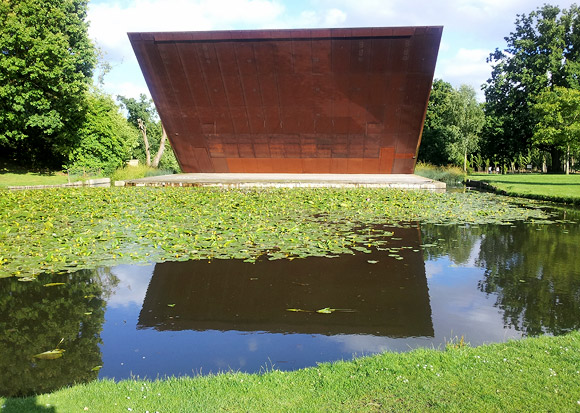 Had you been here in 1980, you would have seen a load of folks wading through the lake to get a closer look of Bob Marley’s show [see pics]. The lake’s still the same, but the stage has been rebuilt. 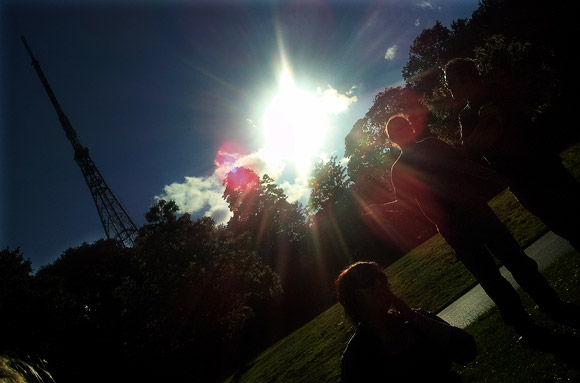 Crystal Palace transmitter in the background. 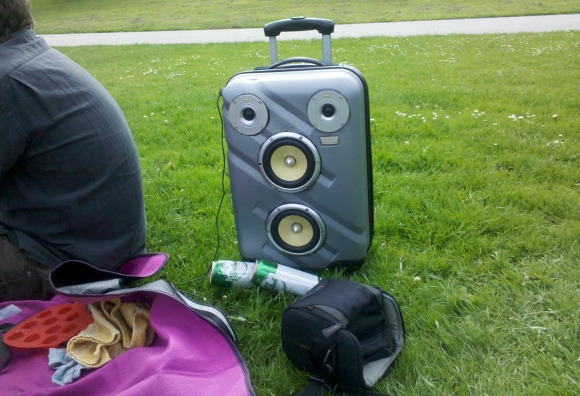 After the sun and beer, we walked over to the Alma for their last live show, where we were putting on an Offline show with the fantastic Dr Vampire and James Pyke – here’s some pics from the gig: 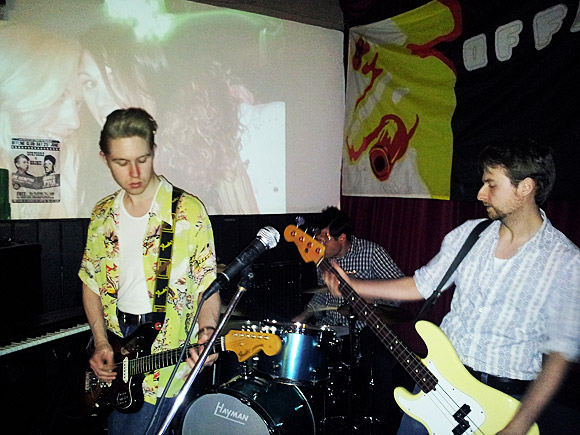 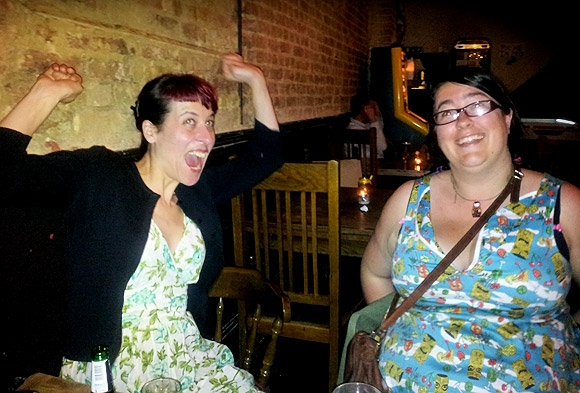 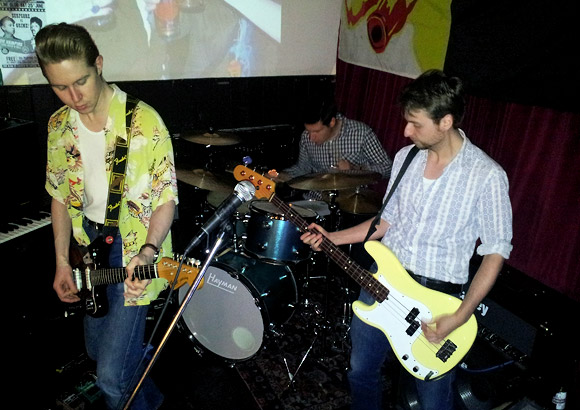 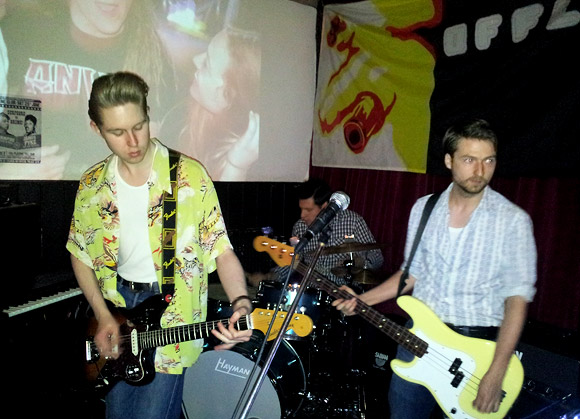 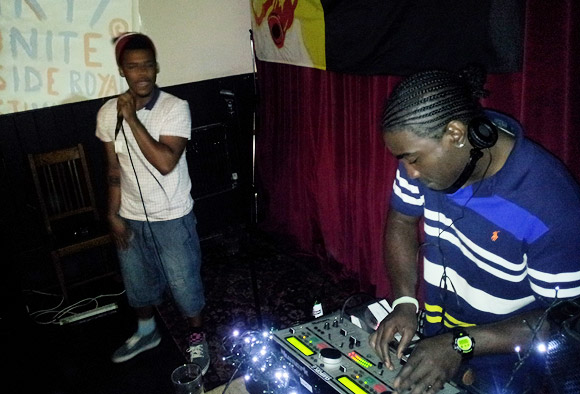 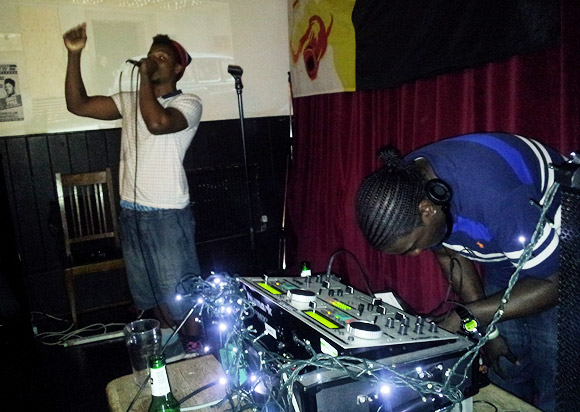 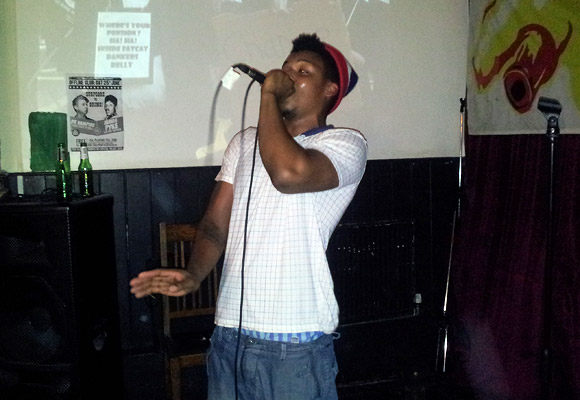 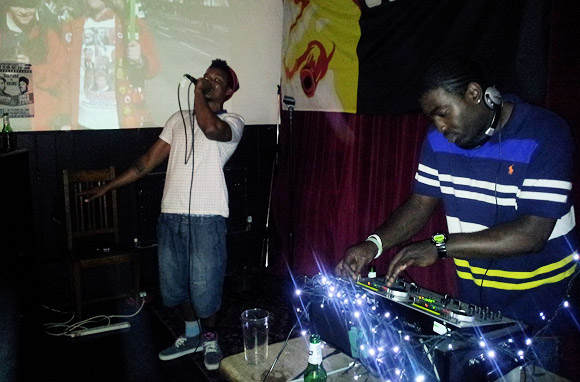 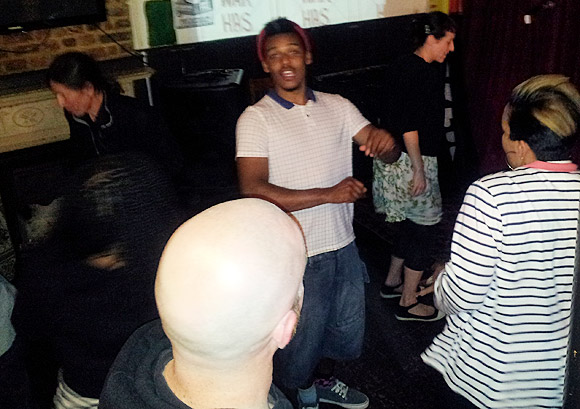 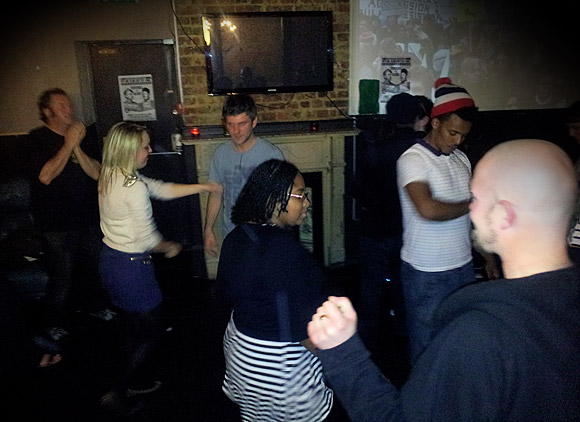 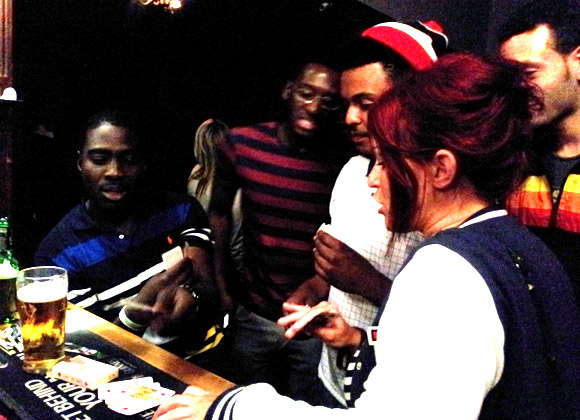 The Alma’s been a great live gig, but with the current owners moving on, the pub’s going all gastro-tastic, so it’s unlikely there’ll be bands playing there again.

I hope we managed to see it off in style!

Offline at the Alma. Blimey!

One Comment on “Glasto Refuseniks, Last Stand at the Alma and south London DJ nights”