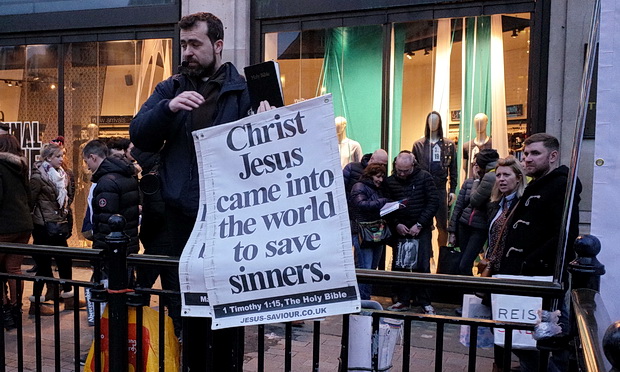 Seen annoying shoppers and deafening passengers trying to get into a crowded Oxford Circus tube station was this God-bothering bloke with a megaphone. His name is Carl. 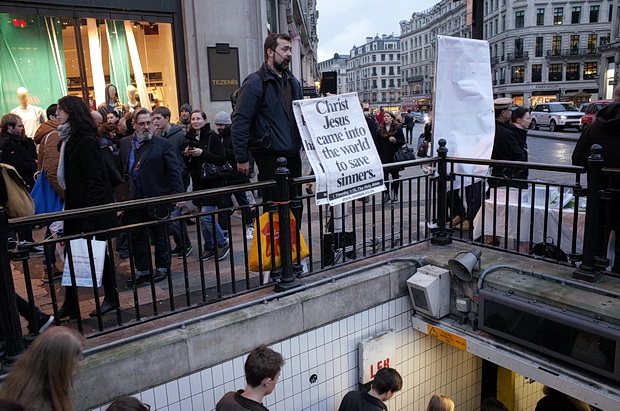 His message seemed to solely focus around how Islam was an intolerant religion of hate and violence.

Whereas whatever religion he was going on about was, no doubt, incredibly tolerant. 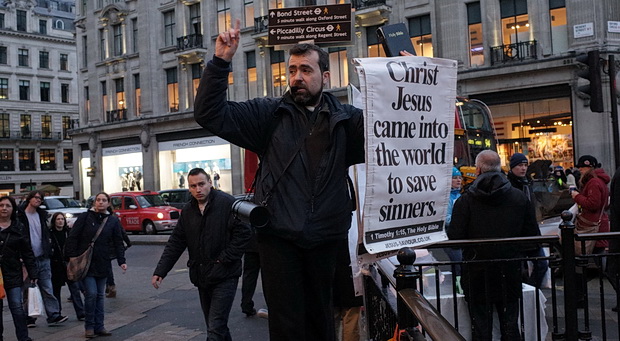 He briefly stopped banging on about how terrible Islam was to have a go at a few other random religions and started going on about new age hippies at one point. 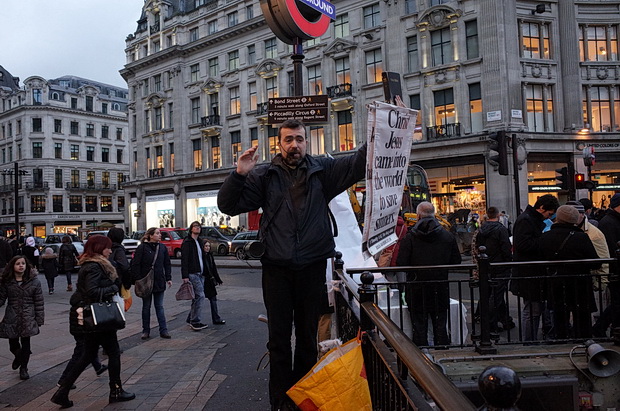 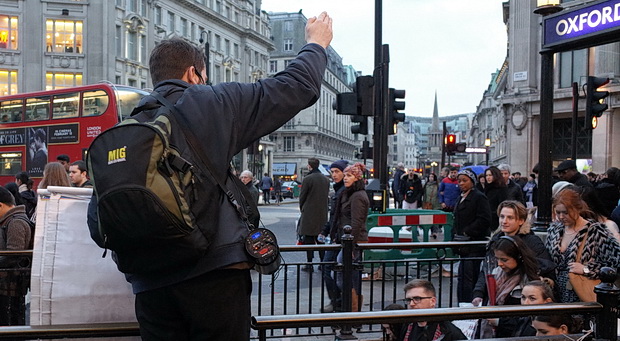 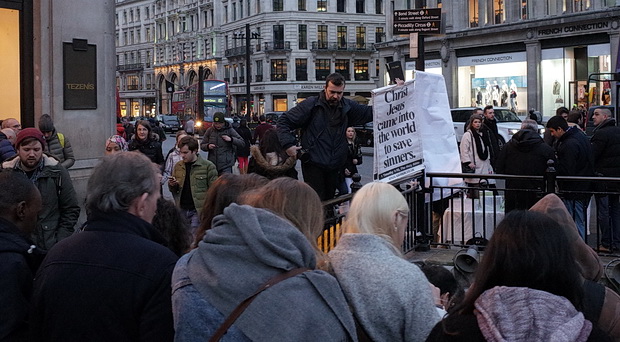 Carl he’s been seen at this spot for some time, and always flapping around his sheets of paper. 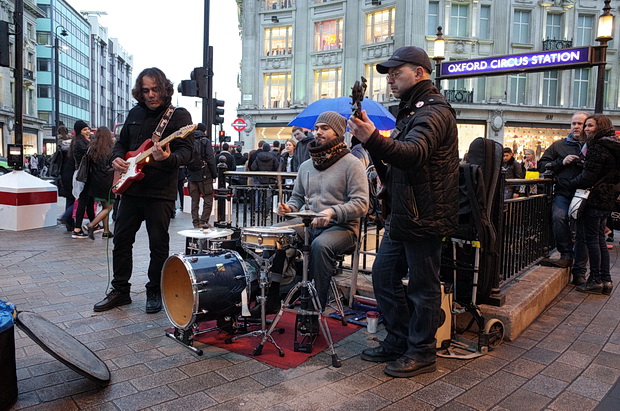 Meanwhile, less than 15 metres away on the opposite side of the road was a far more enjoyable kind of noise being created by this busking band.

More of the same, but in Brixton: The street preachers and religious cults of central Brixton, 2000-2014