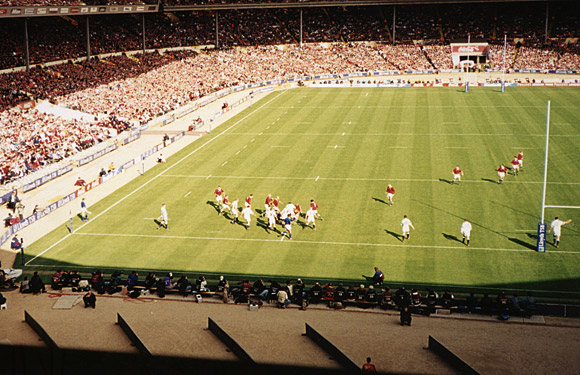 Easily the best day I’ve ever spent at the Wembley Stadium  – new or old – was the glorious sunny afternoon where Scott Gibbs jigged past several players to score a dramatic last minute winner over the English. 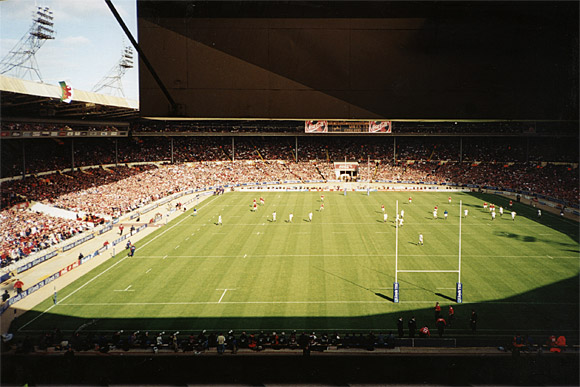 Stuck up on high, with the scoreboard above our heads, we’d had to put up with the relentless dirge of a load of drunken toffs behind us singing that Godawful, “Swing Low, Sweet Chariot” song.

Their spirits were high, because England took were on track to secure the Grand Slam, scoring early and staying in front until Gibbs tore through England’s defence with minutes to go.

Neil Jenkins duly despatched the kick, to give Wales a famous victory on English soil  in their temporary home (the Millennium Stadium in Cardiff was being built at the time). 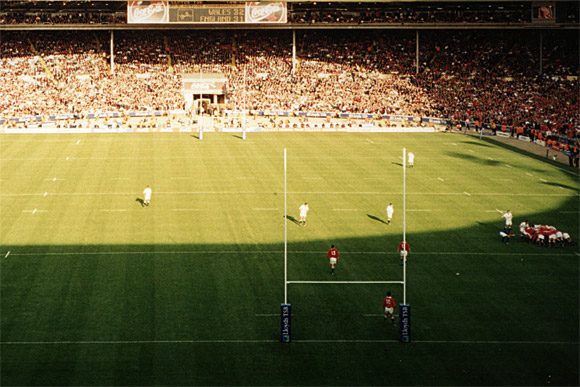 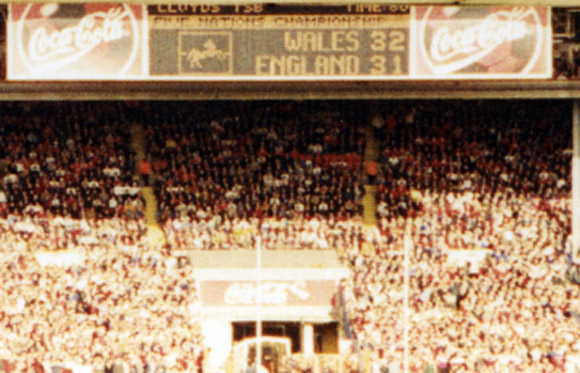 Full time! The Welsh crowd went wild and I joined them for a drunken rampage, while the ‘Chariot’ toffs swung low and slinked off in silence behind us. A truly glorious day!

A tribute to the true taste of Wales: Brains SA (‘Skull Attack’)

Wales bomb 0-4 to Italy in the San Siro stadium

Pic of the day: After the rain, Tenby, West Wales