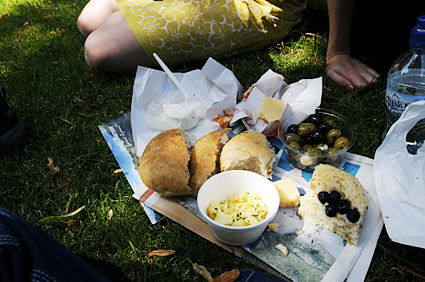 We enjoyed a lovely picnic* in Greenwich Royal Park, which covers 183 acres of land originally laid out in the 17th century.  (*before the braying yuppies turned up)

Greenwich Park was once a hunting park and now forms one of the largest single green spaces in south east London. Enclosed as far back as 1433, it’s now part of the protected Greenwich World Heritage Site. 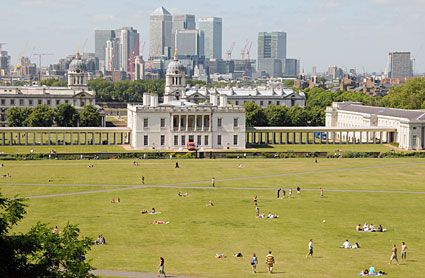 Looking down at the The Queen’s House, Greenwich, which was built in 1614-1617 by architect Inigo Jones

Subsequently altered by Jones around 1635 for Henrietta Maria, the House is now regarded as one of the most important buildings in architectural history, being Britain’s first consciously classical building.

The Queen’s House is now both a grade I listed building and a Scheduled ancient monument. 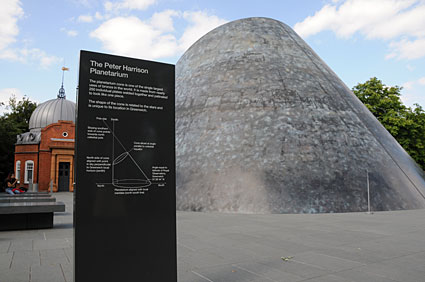 Lurking inside this 45-ton bronze-clad truncated cone is the new Peter Harrison Planetarium, a 120-seat digital laser planetarium, opened in May, 2007. 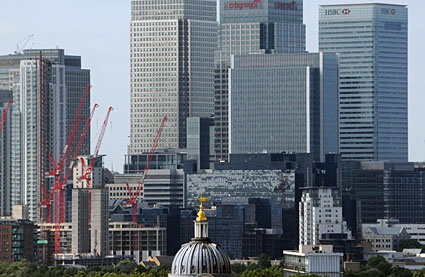 Old and new. Canary Wharf with the Royal Naval College in the foreground.