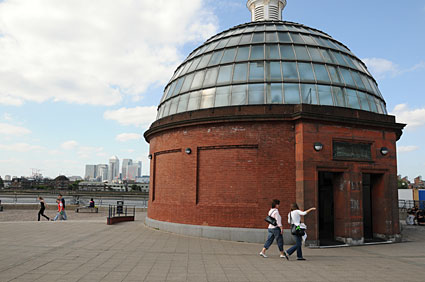 We originally tried to get a Clipper boat back into town after learning that the DLR system was suspended for maintenance work.

Despite being sold the ticket and informed that the next boat would be there in ’10 minutes,’ the queue stretched for some distance, and we learned that we’d be looking at a 45 minute wait minimum.

“Bugger that!” we thought, so we hotfooted it through the tunnel under the Thames and got a bus from Island Gardens into Canary Wharf. 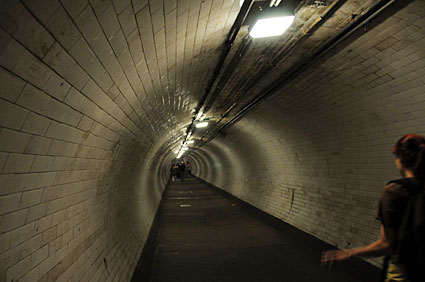 The tunnel was designed by civil engineer Sir Alexander Binnie for the London County Council, with John Cochrane & Co being contractors.

It was built to allow workers living on the south side of the Thames to reach their workplaces in the London docks and shipyards on the Isle of Dogs opposite, and replaced an earlier expensive – and sometimes unreliable – ferry service. 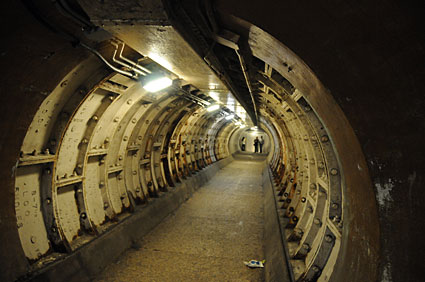 The northern end of the tunnel was damaged by World War II bombs, necessitating repairs that included the addition of a thick steel and concrete inner lining. You can see that this lining substantially reduces the diameter for several metres. 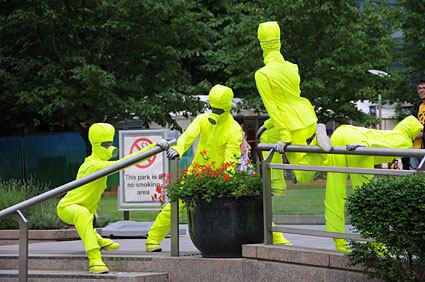 There was some kind of kerrr-azy arty event going on in Canada Square. 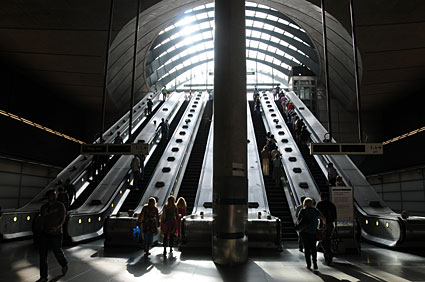 The stunning Canary Wharf tube station, which was was opened in September 1999 as part of the Jubilee Line Extension.

A walk through the Thames Tunnel