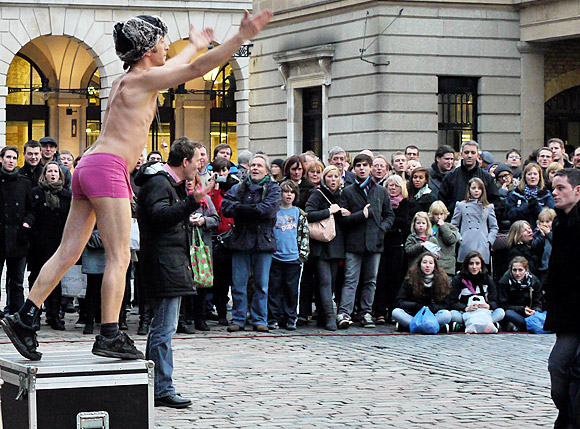 The tradition of street performers at Covent Garden dates back to the 1600s, but the area has changed dramatically after the famous covered fruit and vegetable market closed in 1974. 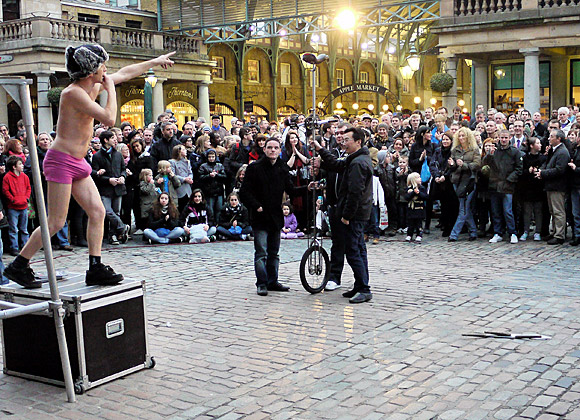 After a protracted battle with developers, Covent Garden was reborn in 1980 as a major tourist destination, with shops, street performers, buskers and market stalls packing ’em in.

If you walk down from Covent Garden tube station today, you’ll pass an assortment of living statues and some very odd sights indeed, but the open street performance area outside St Paul’s church is where you’ll find the most dynamic acts. 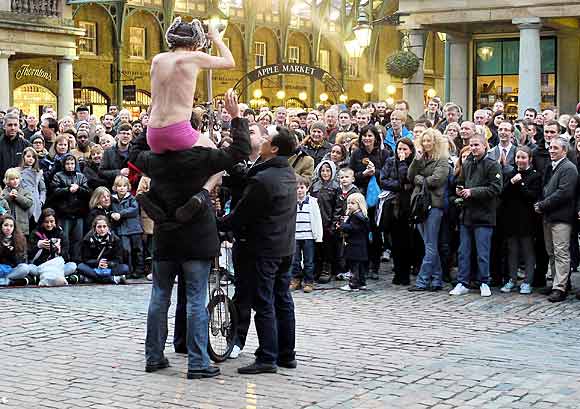 This guy was hugely entertaining, and pulled in a large crowd with some sharp banter and insistent demands for audience participation.

Here, some bystanders are employed to haul him onto his unicycle. 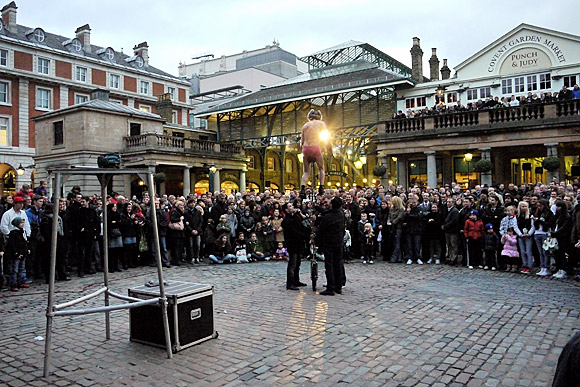 Now, I’m not a fan of unicycling and I’d rather watch paint dry than sit and watch a juggler pointlessly lob things in the air, but this guy’s sense of fun was infectious. 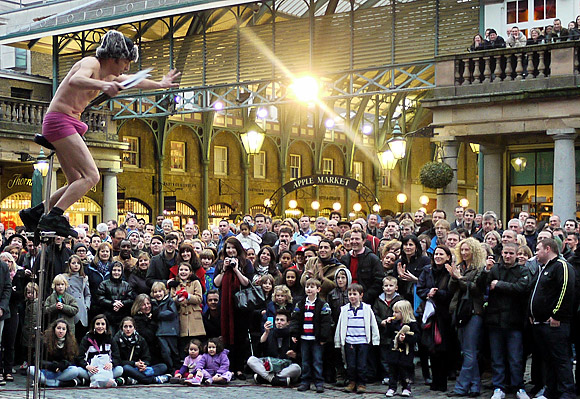 After a long, teasing build up, he finally got on his unicycle. And as unicycles go, this looked to be the skyscraper edition. 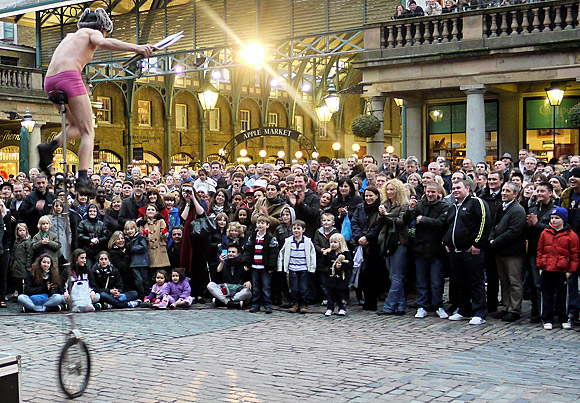 With the crowd enthralled, knives were juggled dramatically, with a chainsaw waiting nearby. 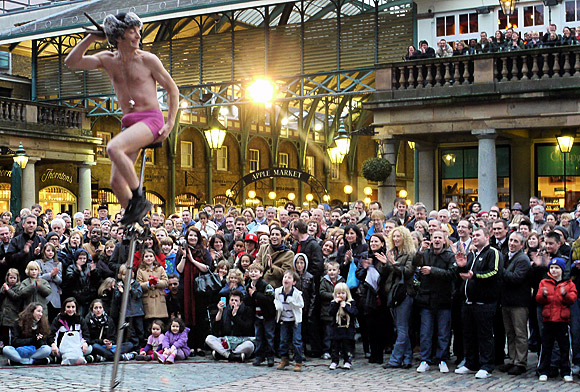 I had to leave before his set reached its chainsaw-wielding climax, so I’l leave you with a picture of the cheeky fella flashing his bum to the crowd.