Yep, it’s my birthday today and I’m about to hotfoot it down to the pub for a feast of beer with some chums.

I suspect I’ll be a tad hungover tomorrow, so here’s some pics from the last few days: 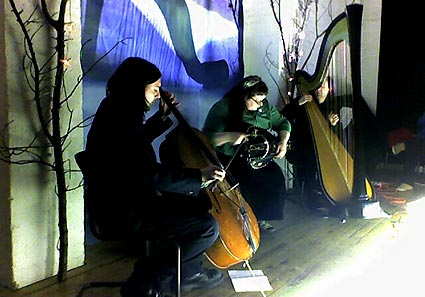 On Saturday night, we ventured south to Antenna Studios in Crystal Palace to see the superb Salt and Blue, featuring our friend on accordion, mandolin and hurdy gurdy.

The music was beautiful and it felt like we were at some underground 1970s folk happening.

We wandered over to the Alma boozer afterwards (expect an Offline club there soon!) and then back into Brixton for the People’s Republic of Disco at the Canterbury Arms. 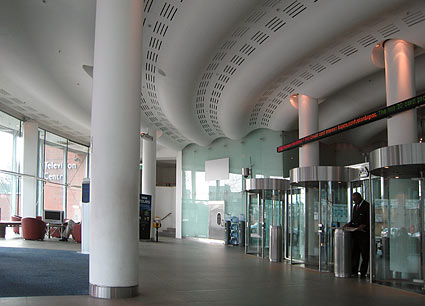 I had to be up early next morning to be whisked off to BBC White City for an interview on Radio Five Live.

It was fun: the studio was really high tech, but they still needed to use paper cups to lift the ‘On Air’ sign high enough so people could see it over the computer monitors. 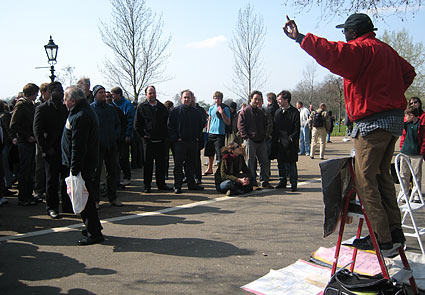 The weather was glorious, so I took a walk through Hyde Park and listened to some of the characters shouting away at Speaker’s Corner. I heard someone calling my name and it turned out that one of the speakers was a mate who I’d put on at my Offline Club! 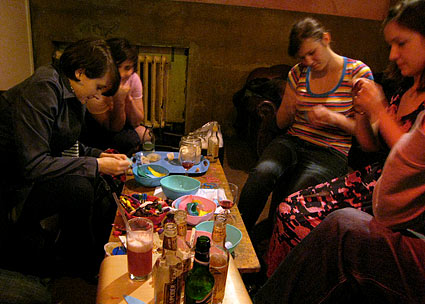 Last night, I visited the Notting Hill Arts Club for some Crafts Club action. I’d not been there before and liked the layout of the place bit – eek! – the sound system was painfully bad.

A look at my desk

The Worry Dolls at Brixton Offline – and my birthday!