I know this is one of my ‘niche interest’ posts here (sorry!) but I do love arriving at a modern station and discovering that it’s still using railway technology that’s well over a hundred years old. 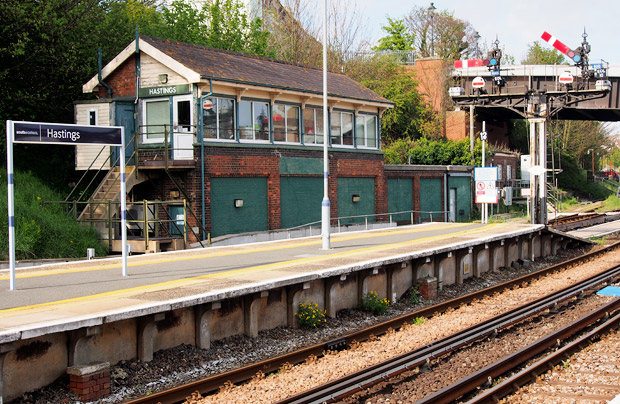 Despite serving a sizeable town on a main line in the densely populated south of England, Hastings station has managed to retain its old Southern Railway signals.

The semaphore signals control the eastern end of station operations and are operated by a brick built signal box dating from 1931.

Ever since I was a kid, I’ve always liked knowing that a train was on its way after hearing the  mechanical ‘clunk’ of a semaphore signal, but it’s a scene that’s fast disappearing from Britain’s public railways.

So if you find yourself at a station that is still using a signalling system that dates back to the steam age, be sure to soak it all in!