Building a solid online profile for your business is a venture that takes a fair bit of skill and good judgement, but it’s something that can be undone by just one stupid comment or ill-advised ‘joke.’ 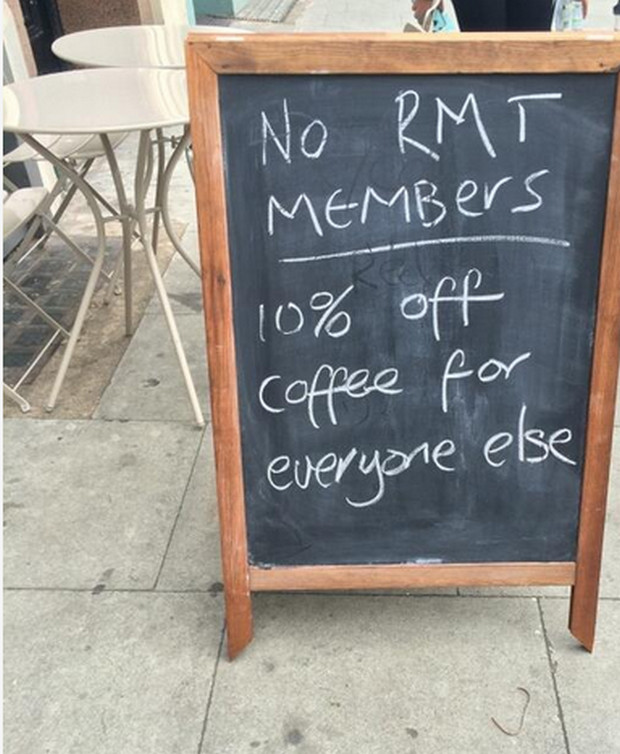 Case in point is the Grill Market cafe at 10 Theobalds Road, central London.

Only five days ago they were celebrating their 300th Facebook like, but then some moron in the company thought it would be a whizzo idea to post up an anti-union comment on their noticeboard in the street.

The comment read, “NO RMT MEMBERS. 10% off coffee for everyone else.”

The response from the online community was swift and damning, with posters quickly taking to their Facebook wall to offer a verdict on their ‘joke,’ and to also rate the restaurant down.

Grill Market’s star rating plummeted accordingly, with its high approval rate falling rapidly, as witnessed by these screen grabs form the past hour:

The company has belatedly tried to get a grip on the situation by posting up a short apology on their Facebook page and also on their Twitter feed (see below), but they haven’t helped themselves by starting to block people from discussing the issues. 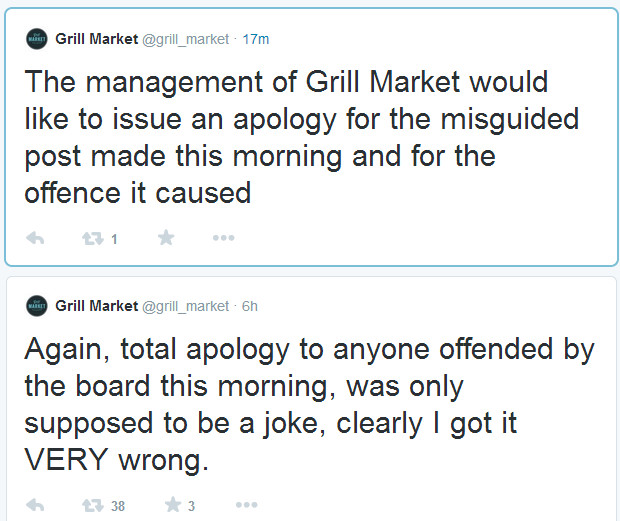 I imagine that the Grill Market is going to feel the impact of their back-firing joke for some time now – I certainly won’t be going anywhere near the place – but would suggest that it’s not too late for them to turn the situation around if they made some effort to understand the offence they’ve caused.

Unfortunately,  I suspect that the sort of person that sticks comments like the above on a street noticeboard is unlikely to ever fully understand why people may be so angry about it.

(*Background: the RMT union have called a tube strike today over the proposed closure of ticket offices and the axing of safety-critical jobs).

8 Comments on “Here’s how to unravel a social media campaign in minutes, the London Grill Market way!”