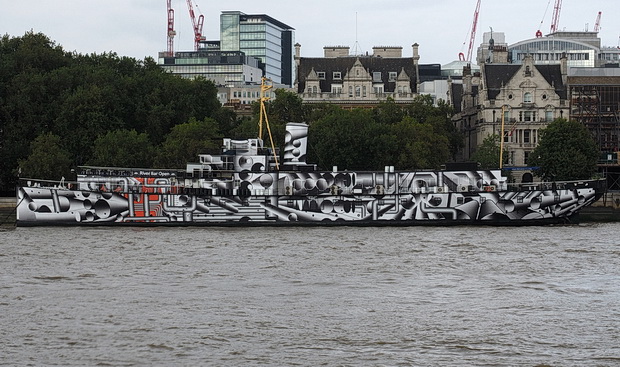 Completed in July this year, the WW1 warship HMS President on the Thames has been repainted in ‘dazzle camouflage,’ as part of 14-18 NOW, the official cultural programme to commemorate the centenary of the First World War (see also the Spectra beam in London). 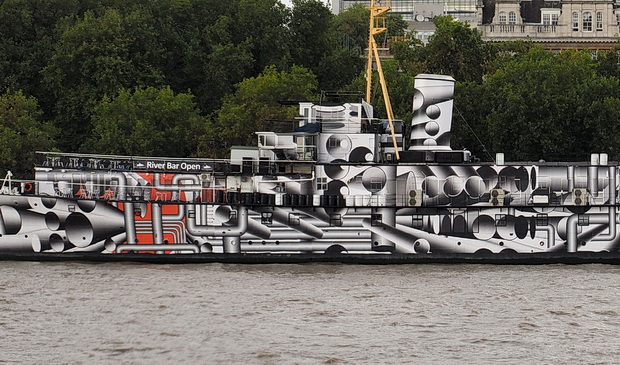 The work was done by German artist, Tobias Rehberger, and is an example of  ‘dazzle painting,’ which was used extensively during the First World War as a means of camouflaging a ship from the enemy.

The HMS President website explains the theory behind the dazzle camouflage.

The theory of dazzle painting was first introduced in 1914 by the scientist John Graham Kerr to then First Lord of the Admiralty, Winston Churchill, with the intention of adopting disruptive camouflage which was initially called ‘parti-colouring’.

The idea was not to ‘hide’ the ships, but to paint them in such a way that their appearance was optically distorted, so that it was difficult for a submarine to calculate the course the ship was travelling on, and to know from what angle to attack. The ‘dazzle’ effect was achieved by painting the ship in contrasting stripes and curves that broke up its shape and outline.

In 1917, following heavy losses of merchant ships to German submarines, the demand for this camouflage increased. The marine painter, Norman Wilkinson, a future President of the Royal Institute of Painters in Watercolours, promoted the spectacular system of stripes and disrupted lines, characterised by garish colours and sharp interlocking shapes, to which he coined the term ‘dazzle painting’ and was credited with its invention.

The strong style unsurprisingly attracted artists’ attention with Picasso claiming it was invented by the Cubists and Vorticist artist Edward Wadsworth, painting a series on the subject after he supervised the application of ‘dazzle’ patterning to over 2,000 ships. 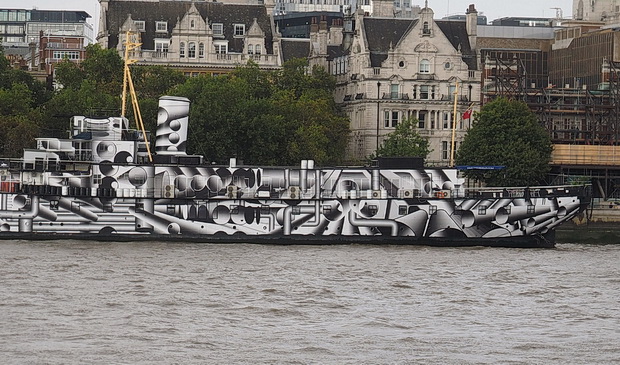 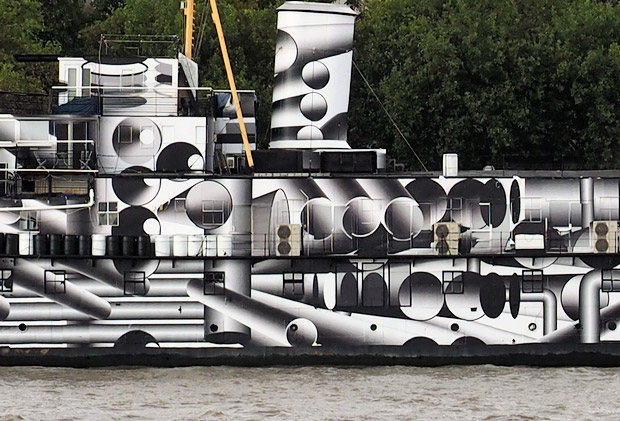 Here’s two videos showing off the painting of the ship:

Senses working overtime: a Sunday afternoon by the River Thames