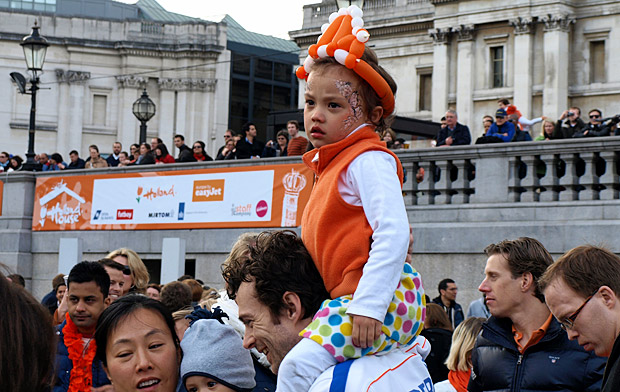 Back in March, it was the French taking over Trafalgar Square in central London, but yesterday it was the turn of the orange army, as the space was given over to the Holland House Dutch festival. 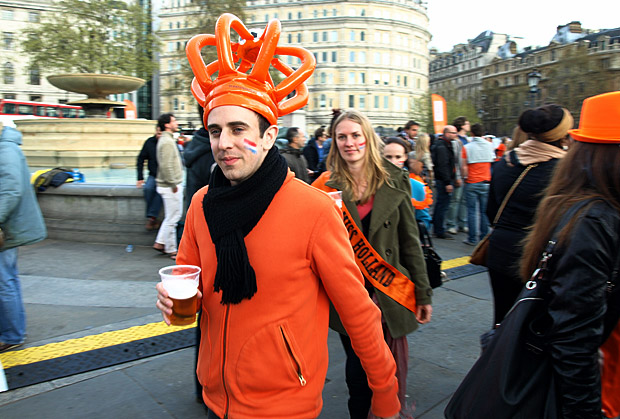 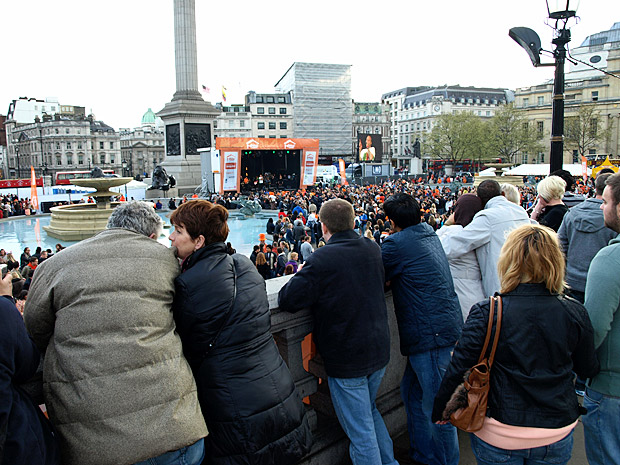 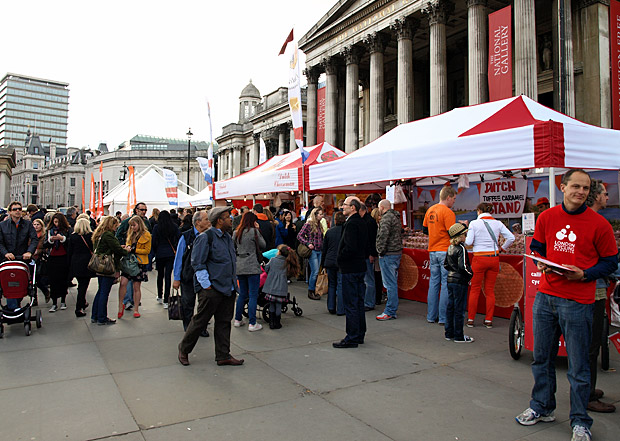 There were stalls selling traditional Dutch foods like caramel waffles and cheeses, with the bars serving up some of Holland’s finest beers. 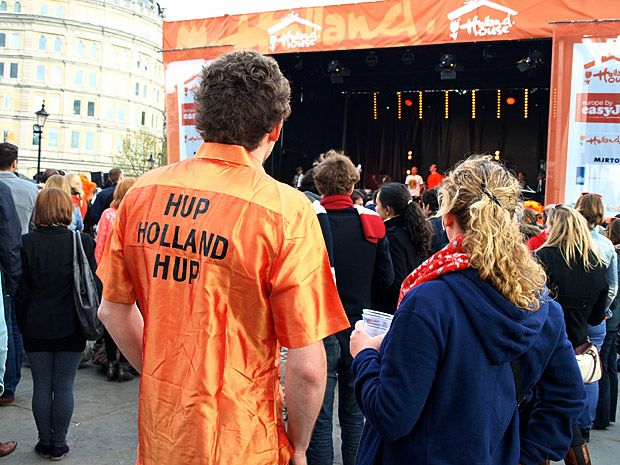 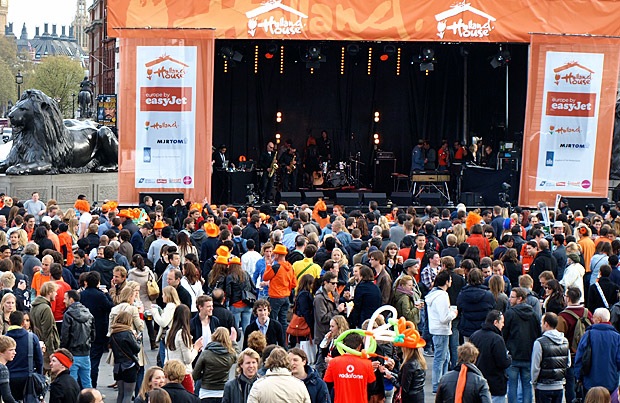 A selection of Dutch bands played on the Trafalgar Square stage. I saw a bit of a band called De Coronas Splendid who didn’t exactly win me over with their brand of Euro cod-reggae, but it was pleasant enough. 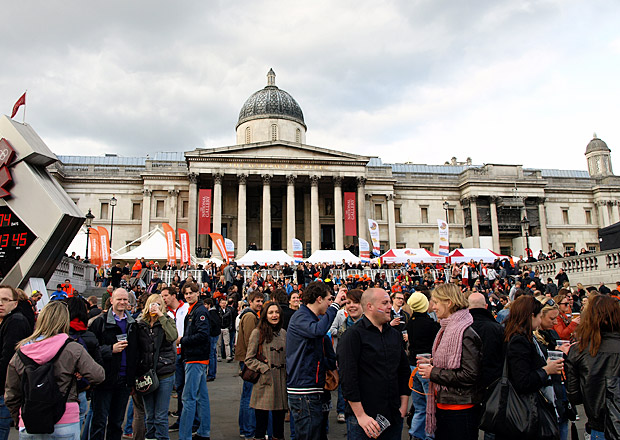 Looking back at the National Gallery.

Other events coming up at Trafalgar Square include St George’s Day for all you English types on Apr 21 st (12noon-6pm) and the Big Dance on 14 July 2012.