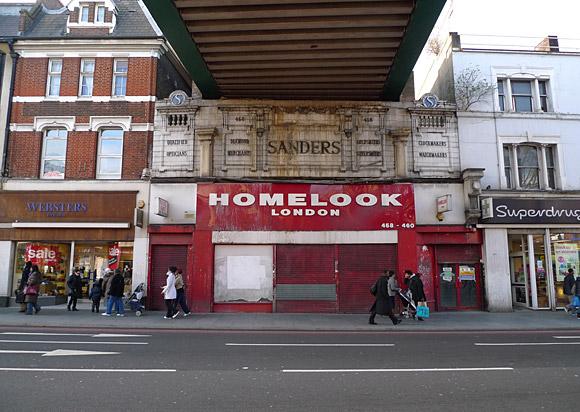 It’s been empty for years on end, but it you fancy bagging yourself a bright red shop in the heart of Brixton, then 458-460 Brixton Road can be yours for the princely sum of £9,166 per month from Network Rail. 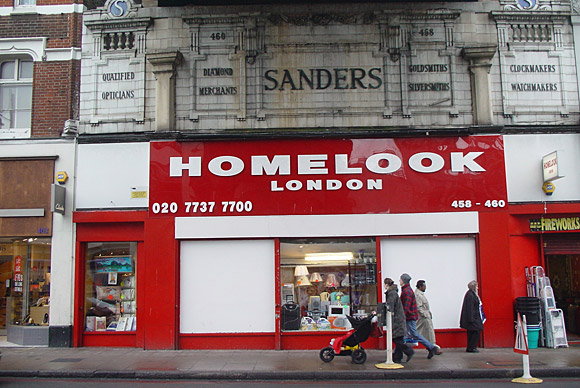 Located under a railway viaduct and situated almost opposite Brixton tube station, the shop last traded as Homelook, selling household goods, bric-a-brac, haberdashery products and what could be best be described as cheap stuff. 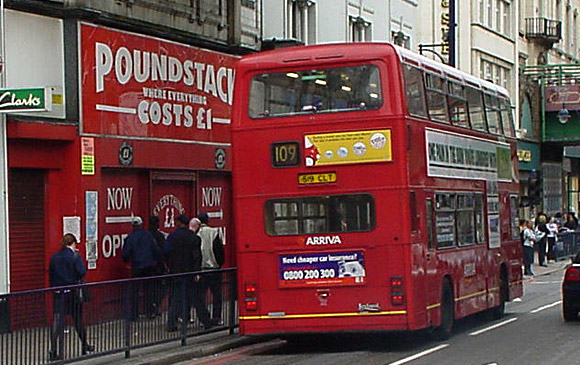 Before that it was known as Poundstack, where – as the name suggests – everything costs a quid (see another photo of the frontage here). 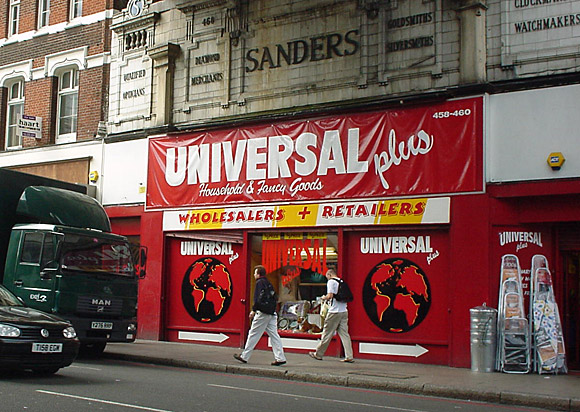 Firmly sticking with the established blood-res motif, a shop calling itself Universal Plus briefly surfaced on the site, offering much the same stuff as the previous tenants. 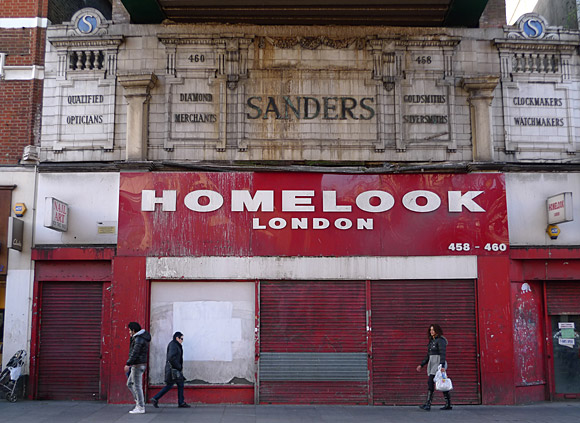 Above the knackered red shutters can be seen the attractive tiled façade advertising its original occupants Sanders, who served the people of Brixton as Diamond Merchants,  Goldsmiths, Silversmiths, Qualified Opticians, Clockmakers and Watchmakers. 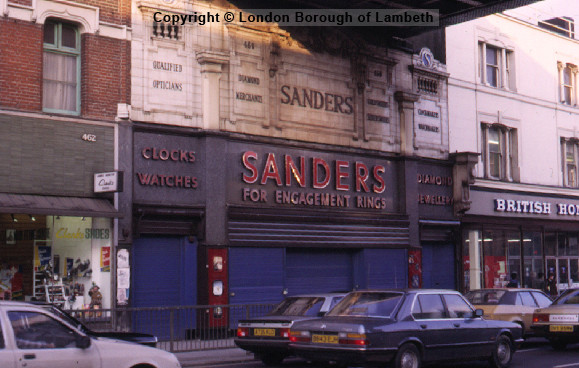 This photo from the excellent Lambeth Landmark site shows Sanders still open in 1984, and the accompanying caption explains the company’s history:

Sanders & Co. Ltd., jewellers in Brixton Road. The firm was begun in 1905 by Sidney Sanders and William Metherell with the opening of a shop at 87 Streatham High Road. The Brixton branch was opened c.1908 and became the firm’s headquarters. Although Mr Sanders left the company to develop rival chain James Walker in 1920, the two companies were merged in 1969. However the firm was taken over by H.Samuel in April 1984 and subsequently closed down. 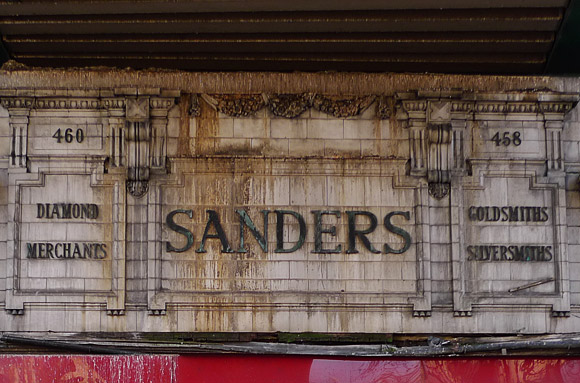 There’s been some recent activity in the premises, presumably thanks to NetworkRail’s promised major refurbishment scheme which they’ve said will be completed ‘later this year’.

Update 16th March 2011: via the rumour mill – “Network Rail own the site and have agreed to refurbish for Costa to move in. Work should begin in about 2 months, subject to contract”

Costa Coffee gets ready to open in Brixton