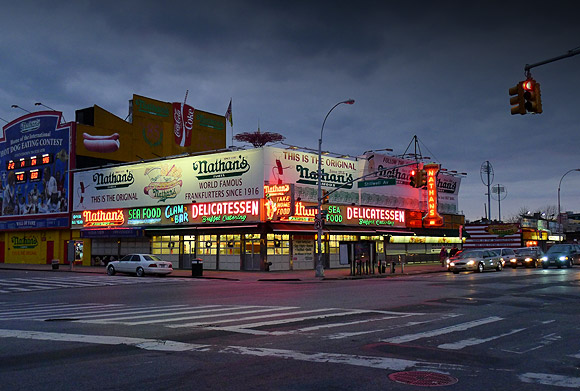 The first of a chain of US fast food restaurants specialising in hot dogs, the original Nathan’s restaurant stands at the corner of Surf and Stillwell Avenues in Coney Island. Al Capone is said to have been a regular visitor. 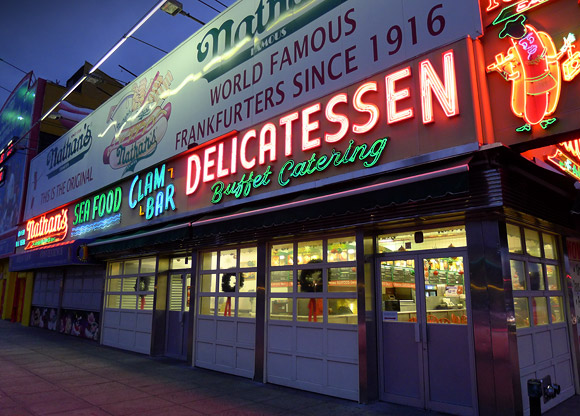 The business was started by Polish immigrant Nathan Handwerker in 1916 and famously employed Cary Grant to advertise the business by wearing a sandwich board.

Declared the “world’s best hot dogs” by former NYC major Rudi Guliana in 1999, the annual Nathan’s Hot Dog Eating Contest has been held at this location since the early 1970. 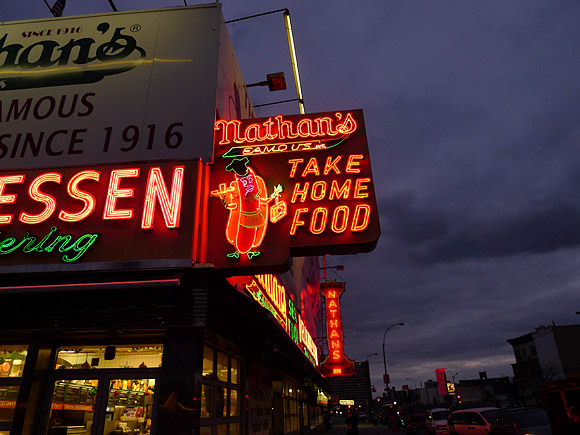 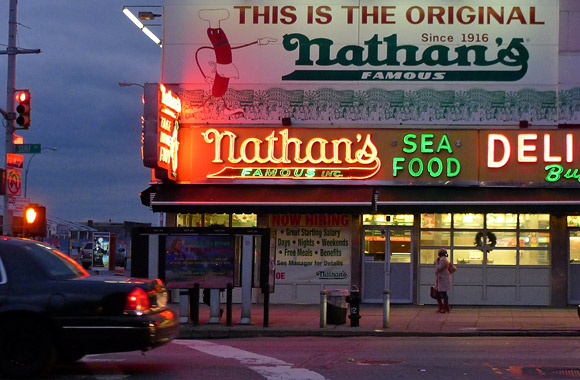 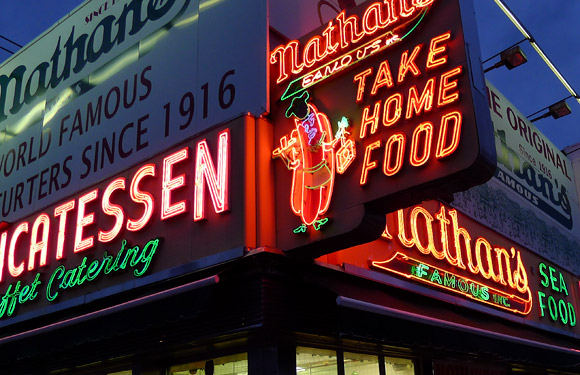 Things have been changing fast at Coney Island in recent years, with the first new rollercoasters to be built at there for more than 80 years opening as part of a £90 million regeneration project for the world-famous theme park.

Sadly, that same project has seen long term tenants being booted off as landlords look for more lucrative businesses to take over the traditional sea front stalls.