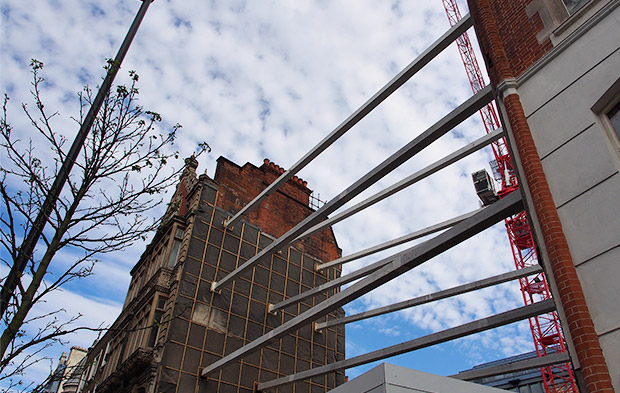 I came across this rather dramatic looking structure on 149-151 Oxford Street, central London, made up of a collection of long, angled metal girders holding up two adjacent buildings. 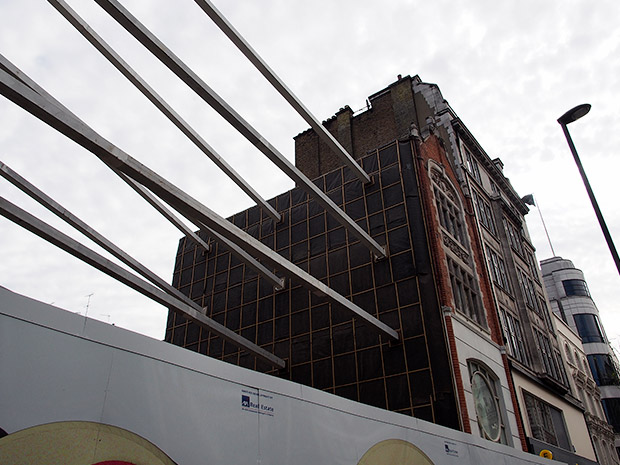 With the original 1950s office block now demolished (see below), the metal girders are a temporary measure while work starts on a replacement six story building.

H Smith Engineers described the complexities involved in demolishing the old building on their website:

Temporary works included high-level horizontal flying shores and basement level steel raking props on new concrete thrust blocks. Nigh on the entire site perimeter was underpinned to significant depths in order to allow a reduce level dig to be undertaken and the subsequent installation of a piling mat.

In order to avoid any disturbance to the busy Oxford Street frontage, all arisings were removed from site over a protected EDF substation, through a restricted opening and out onto a one-way side street. 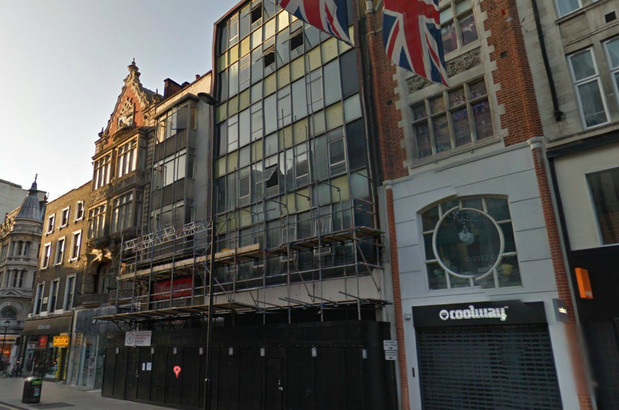 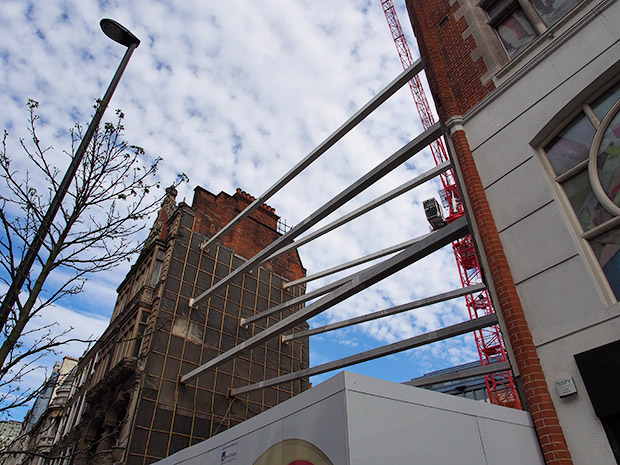 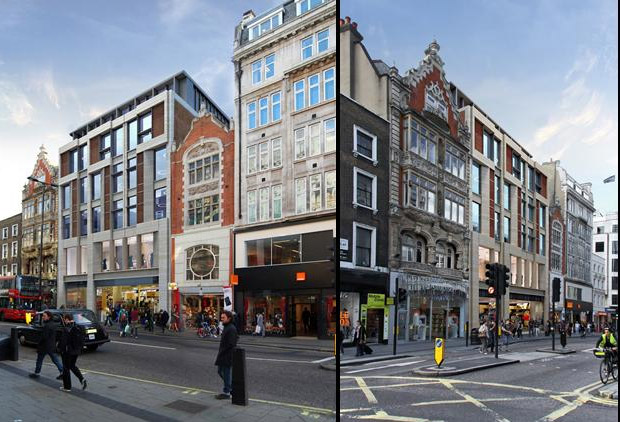 Architect’s views of the replacement building for the Co-Operative Insurance Society, which covers 4,200m² on both Oxford Street and nearby Berwick Street [read more].

The new building is expected to open later this year, and certainly looks smarter than its predecessor. 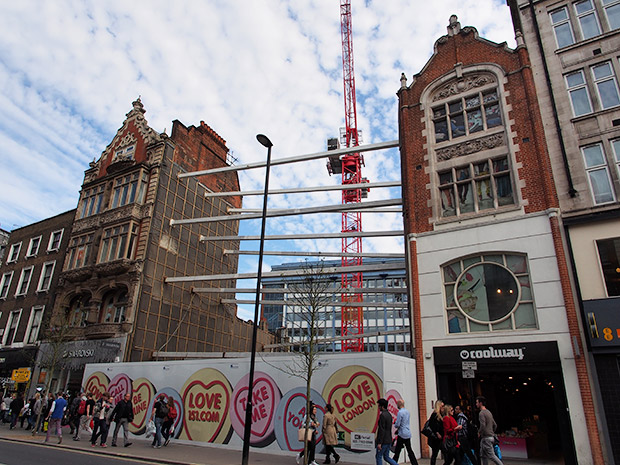