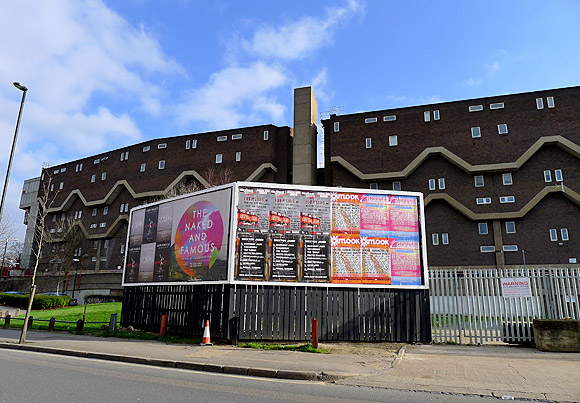 I’ve learnt a lot about the murky world of illegal billboard builders ever since this mahoosive, twin headed beast suddenly appeared on Coldharbour Lane in Brixton, London SW9. 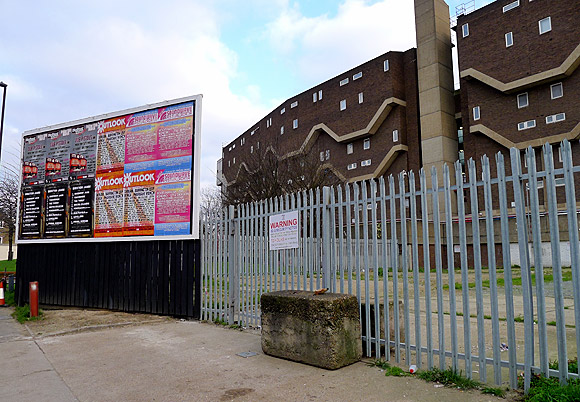 It seems that the way it works is that shady operators erect these things without planning permission, confident that by the time the council get around to doing something about it, they will have already racked in a ton of cash from clients – with more than enough to pay off the fine.

It’s already been christened as a toilet (the equally dodgy billboard that stood nearby for many years had long been the #1 pissing spot of choice for street drinkers), and combined with the adjacent security fence makes for a grim prospect for residents. 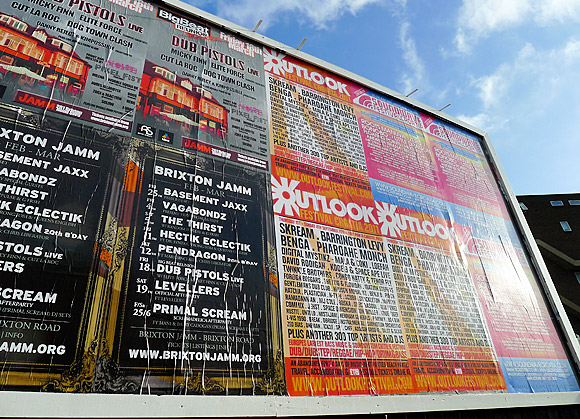 Mind you, I couldn’t help but laugh to myself when I discovered that the current posters are advertising a gig that I’m DJing at!

Discuss the billboard on the urban75 bulletin boards